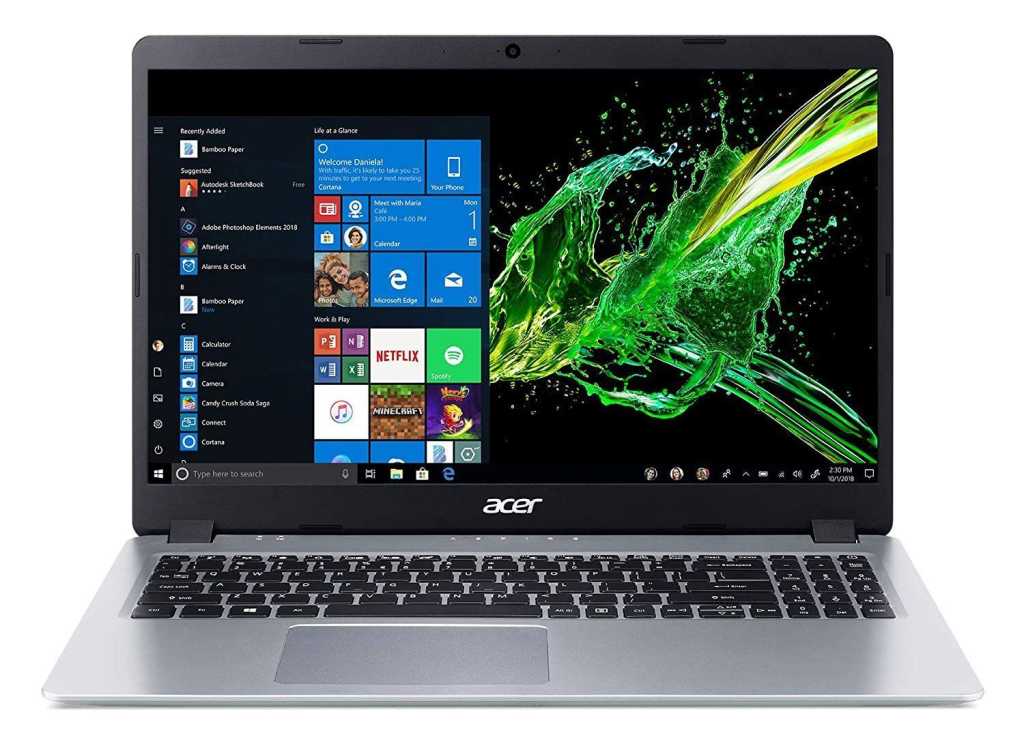 If you’re looking for an everyday laptop that won’t break the bank but also isn’t a heavy plastic eyesore, you’ll usually need to spend several hundred dollars. But as part of the Amazon Prime Day extravaganza, the AMD Ryzen-powered Acer Aspire 5 is on sale for a mere $269, down from its $350 list price.

The Acer Aspire 5 packs numerous features you don’t often find anywhere near this rock-bottom budget. That includes a 15.6-inch 1080p IPS display, a backlit keyboard, 802.11ac Wi-Fi, a speedy USB 3.1 port, and a thin and light design augmented by an aluminum lid. Most laptops you’ll find under $300 are thick, plastic monstrosities with dim low-resolution screens and a lackluster port selection.

Under the hood, Acer’s laptop isn’t a barnburner, but it’s more than powerful enough for everyday tasks. It’s rocking an AMD Ryzen 3 3200U processor with integrated Radeon Vega 3 graphics powerful enough to play esports and other low-intensity games if you dial back the visual settings. That might not sound impressive, but finding a sub-$300 notebook with any gaming capabilities is unusual. The AMD processor’s paired with 4GB of memory and a speedy, but space-constrained 128GB NVMe SSD. It’s a great loadout for such a cheap system.

The one part we’re less than thrilled about? The Acer Aspire 5 comes with Microsoft’s neutered Windows 10 in S Mode preinstalled. Frankly, the “S” might as well stand for “Suck,” as S Mode restricts you to apps available in the operating system’s Windows Store. But good news! You can easily switch to the full version of Windows 10 by futzing with a few settings.

Act fast if you’re interested though. Like Cinderella’s dress, these awesome Amazon Prime Day deals disappear at midnight Pacific time, and you need to be a Prime subscriber to get them. Amazon offers a free 30-day trial if you want to get in on the action.