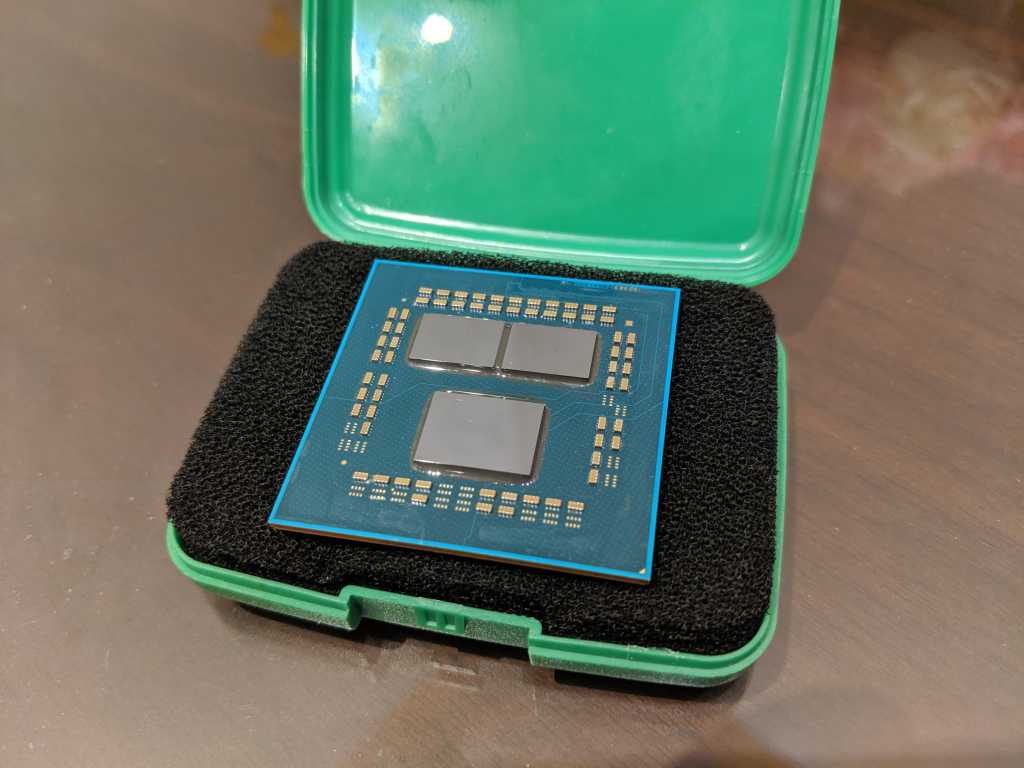 Because of limitations in a motherboard’s BIOS, third-generation Ryzen chips may not boot with older AM4 motherboards. The solution? An exchange program that can solve what’s essentially a chicken-and-egg problem for users building their first Ryzen PC.

The problem can be traced back to the motherboard’s UEFI/BIOS. AMD pledged to make the AM4 socket backward-compatible all the way to the original Ryzen. Unfortunately, the amount of code necessary to accommodate all of the various microprocessor permutations has stretched the limits of what AM4 motherboards can handle.

That’s presented two issues. First, the latest X570 boards have dropped support for older chips like the first-generation Ryzen because of these limitations. But the opposite is also true: Consumers who buy the latest third-generation Ryzen processor may find themselves unable to boot their new chip when it’s paired with a cheap, legacy motherboard, including those powered by an X370 and B350 chipset.

Updating a BIOS isn’t complicated, especially if the user has a PC with an existing Ryzen or compatible processor that can automatically download the update. AMD’s support document, highlighted by ExtremeTech, also suggests other ways to enable the BIOS update, from issuing an RMA request with the motherboard manufacturer to updating the BIOS from a flash drive.

The chicken-and-egg problem arises, though, when the user owns a legacy Ryzen motherboard but the latest third-gen Ryzen 3000-series processor. How can they update the BIOS if their PC won’t boot in the first place?

The solution is what AMD calls a processor boot kit. AMD will loan you a cheap Athlon 200GE, just so you can boot the system, download the BIOS update, and then insert your new Ryzen 3rd-gen chip. It’s not simple: AMD will require pictures of your 3rd-gen Ryzen chip and motherboard, which clearly shows the model numbers and unique serial numbers as well as a copy of the purchase invoice(s) to authorize the request. You’ll also need to explain why your motherboard vendor couldn’t solve the problem in the RMA form.

If you can do all that, though, AMD will send you a free loaner chip that you can use to boot your PC, update the BIOS, then return the Athlon 200GE. It sounds like a pain, but at least you’ll be able to boot your PC!