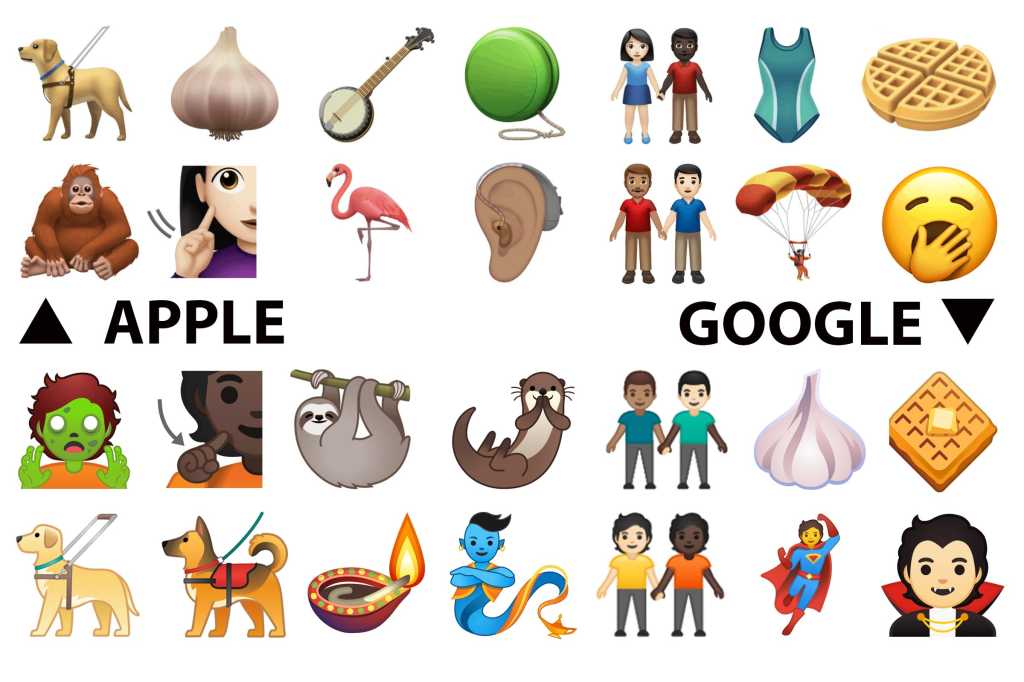 In case you forgot to buy your phone a present, it’s World Emoji Day today. And to celebrate, Apple and Google have unveiled a slew of new emoji based on the approved characters in Unicode 12 that will be arriving in iOS 13 and Android Q later this year. And the theme this year is inclusion for everyone. Even vampires.

Whatever your race, gender, sexual orientation, or disability, you’ll be able to find an emoji to express yourself. On both iPhones and Android phones, the Holding Hands emoji has been greatly expanded to include more than 70 combinations and sex, gender, and race, so you’ll be able to properly represent your relationship no matter who your significant other may be.

On Android phones, you’ll also be able to select gender-ambiguous emoji for a variety of symbols, including a construction worker, police officer, genie, and vampire. As Google explains, “the emoji for ‘police officer’ is commonly shown as male and ‘person getting haircut’ is female, which can reinforce gender stereotypes. With this update, emoji with no gender specified will default to a gender ambiguous design on Android—but you can still choose between male and female presentations if want to opt into a gender.” These new designs feature medium-length hair and limited facial features.

Additionally, there are new diversity-themed emoji as well to represent people who are blind, deaf, or paralyzed, as well as guide dogs, prosthetic limbs, and hearing aids. And of course, there will be emoji for animals, food, and objects as well, including a yo-yo, felafel plate, skunk, flamingo, and yawning face. And for vampires, there will also be a new garlic emoji.

All said, there will be 59 new emoji on iPhones and 65 on Android phones, not including the various skin tones and gender options. So you’ll have many more ways to express yourself, even if you’re among the undead.