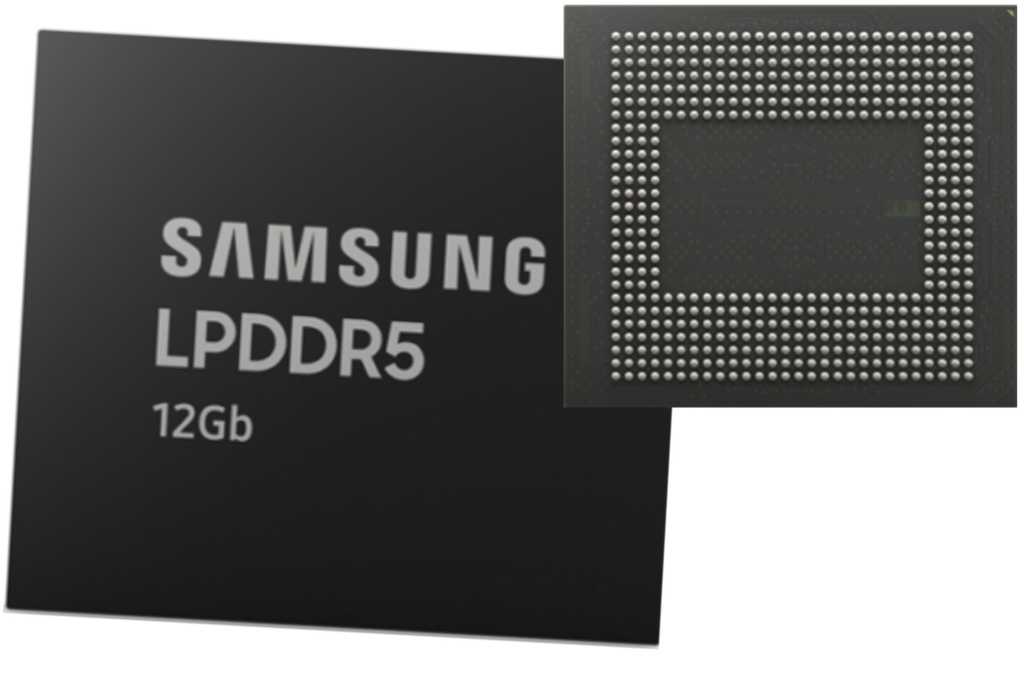 Samsung on Thursday announced a major breakthrough in the future of smartphones: mass production has begun on the industry’s first 12GB LPDDR5 mobile DRAM chip, so it should start showing up in smartphones pretty soon. But don’t get your hopes up about it showing up on the Galaxy Note 10’s spec sheet next month.

As Samsung explains in its press release, the 10nm LPDDR5 chip (Lower Power Double Data Rate) has been “optimized for enabling 5G and AI features in future smartphones.” That mainly boils down to speed. The new chips have a data rate of 5,500MB/s, about 1.3 times faster than the 4,266MB/s LPDDR4X DRAM used in the Galaxy S10 5G and the 20nm LPDDR4 in the Galaxy S10+. That’s not quite as big of a leap as the 2x increase from LPDDR3 to LPDDR4 (2,133MB/s to 4,266MB/s) but it’s still significant.

With the new process, Samsung has combined eight 12Gb LPDDR5 RAM chips in a single 12GB package for use in mobile devices. For the current-generation LPDDR4X 12GB package, Samsung used six 16GB chips.

That means future phones will theoretically be able to transfer 44GB of data in about a second. The new chip also uses up to 30 percent less power than its predecessor, Samsung says, by “integrating a new circuit design with enhanced clocking, training and low-power feature that ensures stable performance even when operating at a blazingly fast speed.”

If the new DRAM sounds tailor-made for the upcoming Galaxy Note 10, it is. With an eye an advanced AI and 5G expansion, high-end phones will take full advantage of the extra speed and the 12GB capacity, which is only the beginning of what the LPDDR5 chip can do. Samsung expects to also develop a 16Gb LPDDR5, which is straight-up mind-blowing for a phone.

But while Samsung’s announcement of the new DDR production lines up nicely with the August 7 unveiling of the Note 10, don’t get your hopes up. The Galaxy Note 10 is almost certain to use either the Snapdragon 855 or 855 Plus processor, neither of which support LPDDR5 RAM. Less clear is whether Samsung’s own Exynos 9825 processor (which will power the non-US models) supports the next-generation RAM, but that’s irrelevant. It’s highly unlikely that Samsung would create such a performance disparity in the two versions of its flagship phone. Instead, the Note 10 will likely use the same LPDDR4X RAM in the Galaxy S10 5G, which is no slouch.

But it’s all but certain that the new memory chip will be used in next year’s Galaxy S11. It’s already rumored that Qualcomm’s Snapdragon 865 processor will support LPDDR5 as well as integrated 5G. 2020 is also likely to bring serious advancements in 5G—both hardware- and network-related—so if you’ve been holding out for the fastest possible Android phone, it might not arrive for a few more months.