They told me RGB lighting would serve a purpose. All of them did—Logitech, Razer, Corsair. When I started reviewing RGB-equipped peripherals, five or six years ago now, it was more than mere fashion statement. Sure, your new keyboard would look flashy, but it would do so much more they said.

Your keyboard backlighting might change color to match your character choice in Overwatch, for instance. Or perhaps flash blue-and-red when the police were after you in Grand Theft Auto V. Maybe when you sent out a pulse in The Division 2, you’d see the same orange pulse spread across your keyboard as well. Cool, right?

Problem is, all three of those examples require different hardware. The Overwatch integration? That’s Razer. Grand Theft Auto V is Logitech, and Corsair has Ubisoft’s games on lock lately. There is still no unified standard for RGB lighting, and that needs to change. Hell, it never should’ve been this way to start, but it’s well past time to rectify the problem.

[ Further reading: The best gaming keyboards for every budget ]

RGB’s potential is being wasted. You might scoff at that, given RGB lighting has become a meme, the butt end of every hardware joke this decade. But it’s a meme because it serves no real purpose most of the time—which is a shame, because many of the hypothetical integrations Logitech, Razer, Corsair, et al talked about a few years ago? Really neat. Not essential, mind you, but the kind of stuff that makes you appreciate throwing down $150 on a keyboard a bit more.

And some of those ideas have made it into specific games, with specific hardware. Corsair’s been doing a hell of a job with Ubisoft’s titles for instance, with that above example from The Division 2 one of my personal favorites. Razer also did some nifty work with Rage 2, with lighting effects for picking up items, using certain weapons, and so forth.

“You’re not looking at the keyboard though, so who cares?” I hear that a lot, and maybe for some people it’s true, they don’t care. 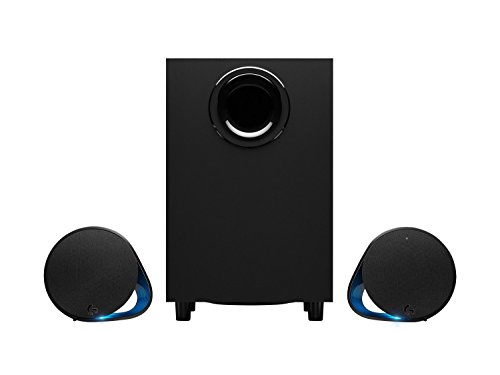 I think it has a subtle—even subconscious—effect though, additional feedback you catch in your peripheral vision. Like Microsoft’s ill-fated IllumiRoom demo from years back, it’s almost like the game breaks free from the monitor’s constraints. It feels bigger. This is especially true of Logitech’s G560 speakers, but the effect is still noticeable with an RGB keyboard and mouse as well. (Headsets, not so much. There, critics are right in saying RGB is superfluous.)

It’s underutilized though. RGB’s potential is being squandered, and it’s being squandered because it’s so fractured. Corsair has its iCUE SDK. Logitech has Lightsync. Razer has Chroma. All three compete for exclusives.

And if you’re not one of those three companies? You’ve got pretty much nothing. I’ve been using an RGB-equipped Topre keyboard for a few weeks for review testing. It does nothing. It is always a flat teal color.

It looks pretty, sure—but that’s not the point. What’s frustrating is that there’s no hardware reason why this Topre keyboard is less capable than a Logitech G810 or a Razer BlackWidow. It can display the same colors, has the same key layout.

But there’s no standard, and so nothing works.

I get it. Companies spent a lot of money and time developing their own SDKs and software ecosystems. They want you to purchase matching hardware too, a Razer keyboard and a Razer mouse and a Razer headset.

Plenty of people don’t, though. Maybe they have a Logitech mouse, a HyperX headset, and a Corsair keyboard. Cool, now your keyboard’s happy whenever you play The Division 2 and your mouse is excited for Civ VI. And you? Are you happy with this state of affairs?

As long as RGB stays fractured, developers won’t take advantage of it. Nobody is going to implement a half-dozen different SDKs to cover the full gamut of hardware, and so it falls on Corsair, Razer, Logitech, and anyone else to incentivize developers. Or else to use workarounds, as Logitech’s done with its screen-sampling tech. It works in a pinch, but it’s not nearly as immersive or as situational as that blue-and-red police warning, for instance.

It doesn’t have to be this broken though. If hardware manufacturers could figure out a unified framework, the numbers would justify the effort for game developers. RGB is far from rare at this point. If you could address everyone who owns not just a Logitech keyboard or a Razer keyboard or a Corsair keyboard, but instead all three? Plus anyone with a keyboard from G.Skill, Cooler Master, HyperX, Aukey, et cetera? That’s worth it. That’s when we’ll see some real creativity, once the return on investment is high enough to justify tinkering.

I don’t think it’s impossible. There’s already third-party software that helps link some of these environments. Aurora is one, and Artemis another. Their existence implies this is not an insurmountable hurdle to overcome.

All I can do is ask though. The situation’s gotten even weirder these past few years, as companies vie for SDK dominance. Razer’s Chroma lighting is now found in everything from Philips Hue lightbulbs to Lenovo PCs, and Razer’s play is clearly to become the standard.

I don’t think Corsair or Logitech will let that happen though, which raises the question: How does this process start? Who makes the call? And I’m afraid I don’t have those answers. I do think the conversation needs to take place though, especially as RGB becomes more and more prevalent. The situation is beyond confusing for the average consumer at this point, and a poor user experience even if you do know why Overwatch’s fancy lighting effects worked with your last keyboard (Razer) but not your new one (Corsair).