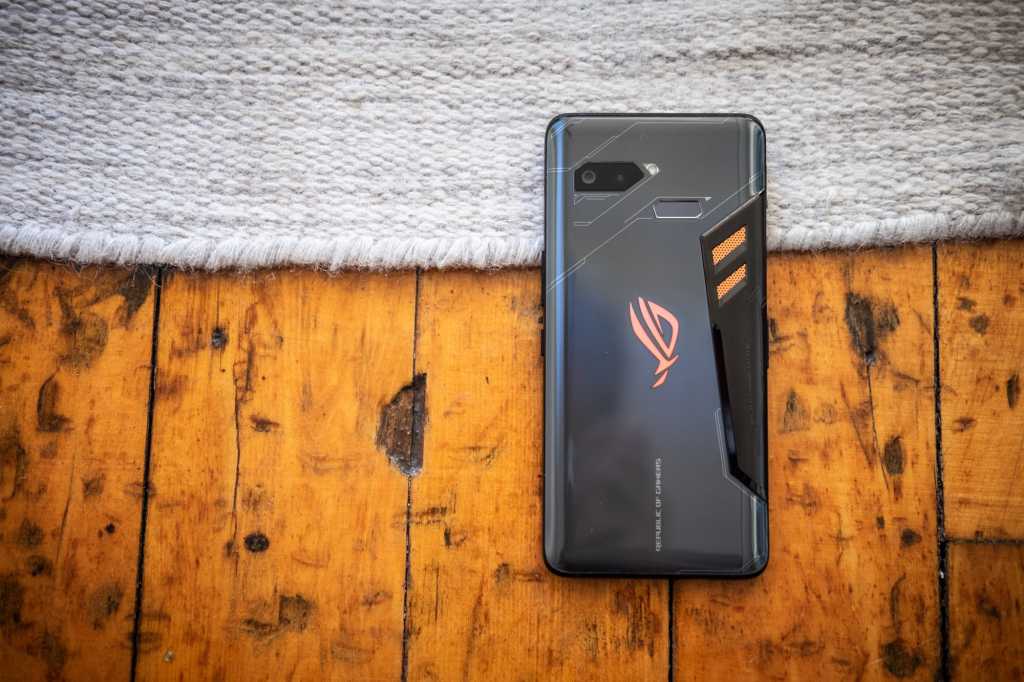 If you thought the Galaxy Note 10 and Pixel 4 were the only phones worth waiting for, Asus wants to prove you wrong. The Zenfone maker has unveiled the follow-up to its first gaming phone, appropriately named the ROG Phone II, and it’s nothing less than a monster.

When the ROG Phone released, it was a novel, if flawed concept, with things like a second side USB-C port, a clip-on fan, and RGB lighting. The ROG II absolutely doubles down on the concept, with a similar aesthetic but massively improved specs that pretty much include everything but 5G:

When it comes to the display, Asus has bumped not only the size but also the refresh rate from 90Hz to 120Hz to match the Razer Phone, and it also brings a 240Hz touch sampling rate, twice that of the iPhone XS. The 512GB of base storage uses the ultra-fast UFS 3.0 protocol, while the gigantic battery uses 30W fast charging to fill it up.

It keeps the customizable Air Triggers that turn the top corners of the frame into physical hot corners for launching apps and actions, as well as the high-end haptics and DTS: X Ultra front-facing speakers found on the original ROG Phone. And don’t forget its headphone jack. All said, it’s safe to say you aren’t going to find another phone this year that features such an impressive sheet of specs.

Along with its bonkers performance, the ROG Phone II will also include an array of unique accessories and add-ons, highlighted by the new dual-screen TwinView Dock, which adds a second 120Hz OLED display and a cooling fan, and ROG Kunai Gamepad for turning your phone into a Nintendo Switch-style handheld gaming system.

On the software side, Asus is still pushing its heavy handed ROG UI skin, but users have a choice this time around. During the initial setup, you’ll be able to select the gaming-aesthetic ROG UI or the ZenUI Classic, which was introduced on the Zenfone 6. Don’t be fooled by the name: from the icons to the gestures, It’s incredibly faithful to stock Android. Those who opt for the lighter UI will still be able to access the ROG II Phone’s gaming features via the ROG app.

At this point, you’re probably yelling at Asus to take your money, but therein lies the problem: We don’t know how much it will cost yet. The original ROG Phone costs $1,099 for 512GB of storage, so anyone hoping to grab one for less than a thousand bucks is probably dreaming. And with specs seriously increased across the board, it might be closer to $1,300.

Hopefully we won’t have to wait too long. The ROG Phone II launches in China on July 23, but with no word on when it will reach the U.S., pricing may remain elusive. But if you’re serious about gaming on your phone, it might be worth the wait.