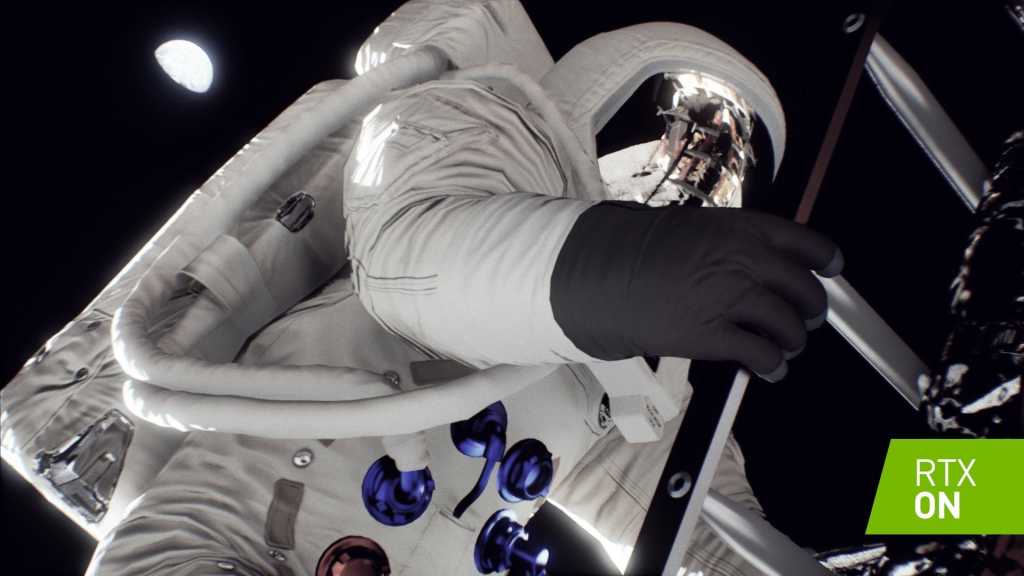 In time for the 50th anniversary of the Apollo moon landing, Nvidia has recreated the moment using its RTX ray tracing technnology.

Technically, the company recreated the moment five years ago, when Nvidia calculated the visual aspects of the landing, modelling the individual rivets on the lander and modelling the reflectivity of Neil Armstrong’s spacesuit and the lunar dust. Nvidia took that model and applied its RTX technology, modeling light as it bounced off the lunar surface, Armstong’s helmet, and various other visual elements.

Nvidia presented the finished product to Buzz Aldrin, the Apollo Lunar Module commander on Apollo 11. You can see his reaction in a video Nvidia shot of the event. “You have my attention,” Aldrin says.

Because no one on Earth will likely have an opportunity to see for ourselves what the Moon’s surface looks like, the RTX representation is perhaps the closest many of us will come to the event. In all fairness, the reflections of Armstrong’s visor of the airless lunar surface look a little too mirror-like and accurate. But really, who are we to say?

You can read more about Nvidia’s effort in its blog post.