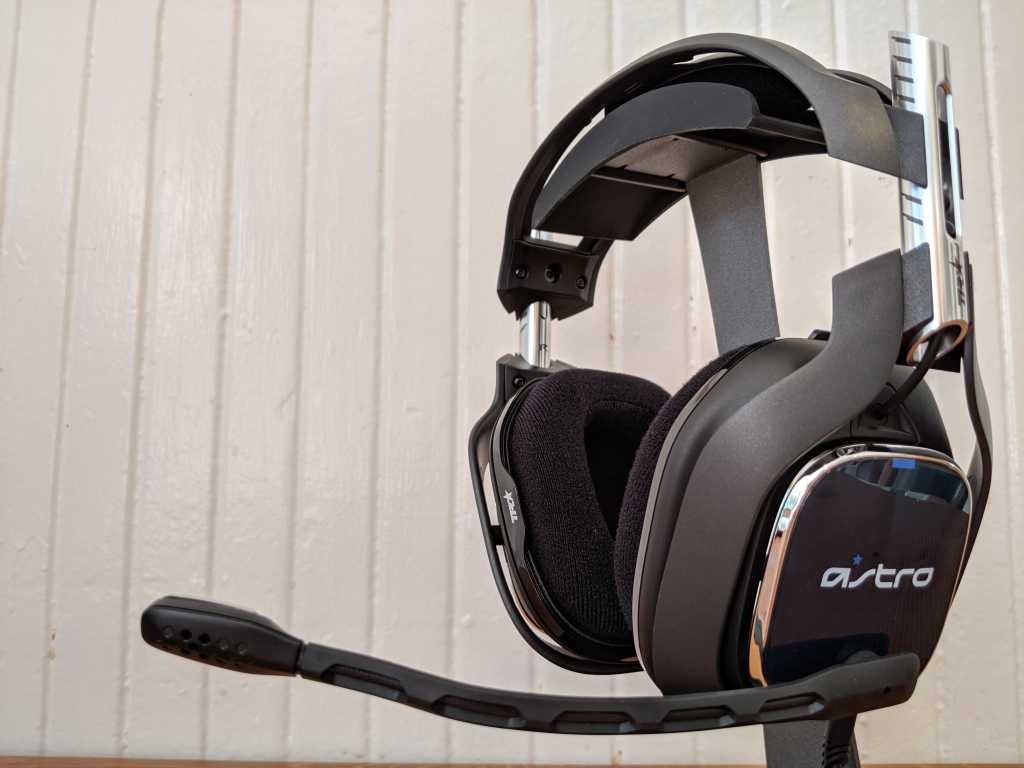 Astro’s A40 TR and redesigned MixAmp feel pricier than ever given the current headset market, but great audio and plenty of options for content producers make it a viable niche product.

It’s been a while since we’ve seen premium Astro gear. Once known exclusively for its high-end headsets, Astro spent the past few years carving a niche at the budget-friendly end of the market. First there was the A10, delivering surprisingly great sound for only $60 (and earning our pick for best budget headset). Then Astro followed up with the A20, for entry-level wireless. 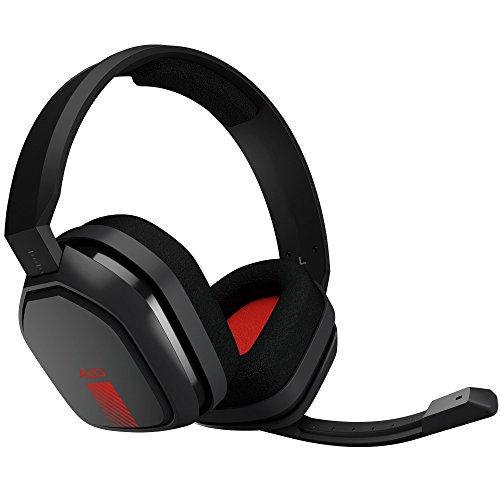 But with those newcomers now firmly established it’s high time Astro returned to its signature headset, the A40.

Astro’s billing this latest A40 as a brand-new generation, but I don’t think the headset’s actually changed. This is, by all outward appearances, the same A40 Astro has been selling since at least 2016.

The magnetic covers over the earcups have been tweaked slightly, I think—but that’s essentially meaningless, given those covers are replaceable by the end-user, and come in a million different styles. In any case, the new “default” covers have a smaller-type logo and less extraneous decoration.

Otherwise, the A40 is essentially frozen in time. And why not? The A40 is an icon, especially the exposed metal rods that protrude through the headband. Most of these “edgy” designs age out, but the A40 doesn’t look dated yet—which is not to say it won’t eventually. Astro still has a few years left though, and if ever there were a not-broke-don’t-fix-it situation it’s the A40. Astro’s smart to leave it alone for the time being.

And the A40 still tops the competition in certain departments, even without a refresh. It’s one of the few headsets with a reversible microphone—meaning it can be plugged into either the left or right ear to suit your preference. I’ll personally never use that feature, and left-hand mics are so standardized I actually find the idea of a right-hand mic a bit unsettling. Still, I’m sure it’s appreciated by a certain niche.

Comfort is also first-class. HyperX and SteelSeries are on-par with Astro, and Logitech not far behind, but the A40 deserves credit all the same. I’m especially a fan of the A40’s default microfiber earcups. They might not be the best for warm environments, as they trap heat and also soak up sweat instead of wicking it away. Here in San Francisco though? They’re soft, they’re breathable, and they don’t irritate my beard.

That last point is very specific, sure, but let me reiterate for my other bearded readers: The A40’s earcups are a minor miracle.

Astro could use a better wiring system though. The 3.5mm hookup is towards the back of the left earcup, and while the cable stays out of the way it also has a tendency to rub against my neck—especially in cross-body situations, as when plugging into a PC on my right.

I also wish Astro would put more effort into its built-in controls. Astro’s very own wireless A50 is a model I wish other companies would emulate, with Game/Chat mixing (or chat-mix), volume, EQ, mute, and Dolby all easily accessible and relatively intuitive. But on the A40? There’s a mute toggle on the cable and that’s it—not even a volume wheel.

Why? Because Astro wants you to purchase its MixAmp—and you should. Astro sells the A40 standalone for $150, but truth be told, it’s an embarrassingly stripped down headset: It’s limited to a 3.5mm input with no splitter, you lose access to all of Astro’s software-side improvements, and the built-in controls are minimal. You can get a much better and more capable wired headset for $150.

Ante up $100 more for the A40-plus-MixAmp bundle, however, and you get chat-mix, volume control, EQ, Dolby, and more—albeit as a separate box, not built into the headset as with the A50. Still, it’s the way to go if you’re set on buying an A40. Without the MixAmp, the A40 is a much weaker offering.

The MixAmp is where Astro’s undertaken the bulk of this fourth-generation redesign. The previous MixAmp was oriented vertically, with one enormous volume dial over the smaller one for chat-mix.

The new MixAmp is arrayed horizontally (as pictured above), with a volume wheel on the left and chat-mix on the right. A neat touch: The wheels are RGB backlit, and the lighting turns red when the A40 is muted. Four pin-prick lights down the center indicate which EQ preset you have active, and there’s a button to swap 7.1 or Stereo modes as well. The back is festooned with inputs—optical, USB, Aux—and a switch that lets you toggle between PC and PlayStation 4 on-the-fly. PC and Xbox, if you buy the other model.

The main benefit is better cable routing. Inputs all feed into the back, and then there’s a single 3.5mm jack on the front that goes to the A40. It’s a lot cleaner-looking than the previous model, which split the ports between the front and back in ways that sometimes made it hard to move the MixAmp once you had it set.

As I said, Astro sells the A40 without the MixAmp, but it’s hard to imagine why. This tiny box is borderline essential as far as I’m concerned. Even so, it’s less of a leg up than it used to be—Logitech (who of course owns Astro nowadays) and others have started building chat-mixing functionality into their $100 to $150 headsets as well, with built-in controls. The MixAmp feels less novel than it used to, and expensive to boot.

But if you’re buying an Astro A40, it’s a must. It makes a mediocre standalone headset into top-tier gear.

You can hear it in the sound, as well. I tested the A40 with and without the MixAmp to get an idea of what the A40 actually sounds like, versus how it sounds with the MixAmp.

And standalone, the A40 sounds fine. It’s a very warm headset, with low and lower-mid frequencies prevalent in the mix. Cymbals and snare hits tend to get lost or buried though, and I’ve noticed that music feels flat and cramped. That’s especially surprising given the A40 uses an open-backed design, which lets in more ambient noise but also generally creates a broader soundstage. Here, you definitely lose isolation, but the A40 doesn’t sound nearly as wide as the HyperX Cloud Alpha, for instance. 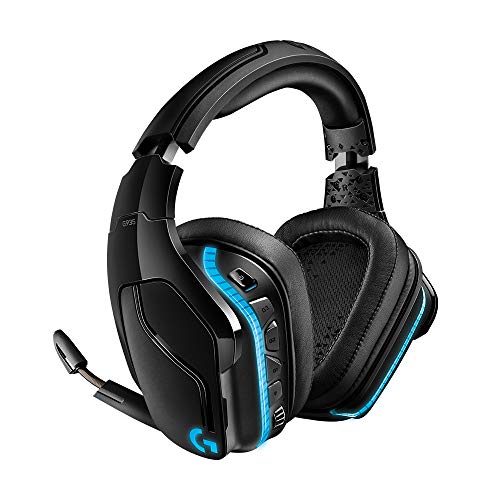 The bar for $150 headsets is a lot higher than it used to be, and without the MixAmp I’m not convinced the A40 beats out cheaper site favorites, even wireless ones like Logitech’s $150 G935.

With the MixAmp, the A40 sounds more impressive. Even with the Stereo mix, not Astro’s software 7.1, music feels significantly more vibrant. Astro’s EQ presets cover a good range as well, with the default a lively profile that gives both the bass and upper-mid registers a kick. Is it the most accurate listening experience? Would you mix an album on it? Absolutely not, but it does sound pretty damn good and hides some of the flaws in Astro’s tuning.

That said, I’ll raise the same caveat I raised with the A50s a few years back: The A40s cost a lot, and should sound good out of the box, before EQ. I firmly believe that, and I wish Astro could get the A40’s unenhanced sound as vibrant as its processed sound.

It’s worth noting that Astro’s got one of the better microphones on the market. That’s one area where Astro’s firmly ahead of most everyone else. The mic is flexible, easy to position, and voice reproduction is rich and crystal clear. Astro also scores points for providing more microphone options than usual. Not as many as Logitech’s new G Pro X, mind you, but it’s still better than the norm. As a mumbler, I’m particularly fond of the “Night” preset, which reduces the A40’s software noise gate and picks up even my quietest commands.

So, the million (or $250) question: Does the A40 with the MixAmp sound good enough to justify its price? That answer is complicated. The A40 with MixAmp sounds great, definitely one of the better-sounding gaming headset packages. But $250 is steep nowadays, and personally I think you’d need the convenience of running multiple inputs to the same headset through the MixAmp to justify investing in a wired headset this pricey. If that’s you… if you’re a streamer or some other content producer type… great. 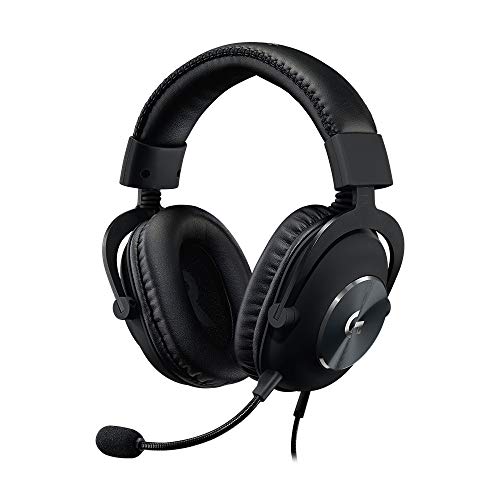 Otherwise, it’s hard for me to imagine why you’d choose a $250 wired headset over a $300 A50, getting essentially the same build but in a more convenient wireless form. Wired, the aforementioned Logitech G Pro X is a solid alternative for half the price. Astro’s name still commands a premium, and the A40 certainly justifies its high price—but not as much as it did a decade ago, when there were fewer options.