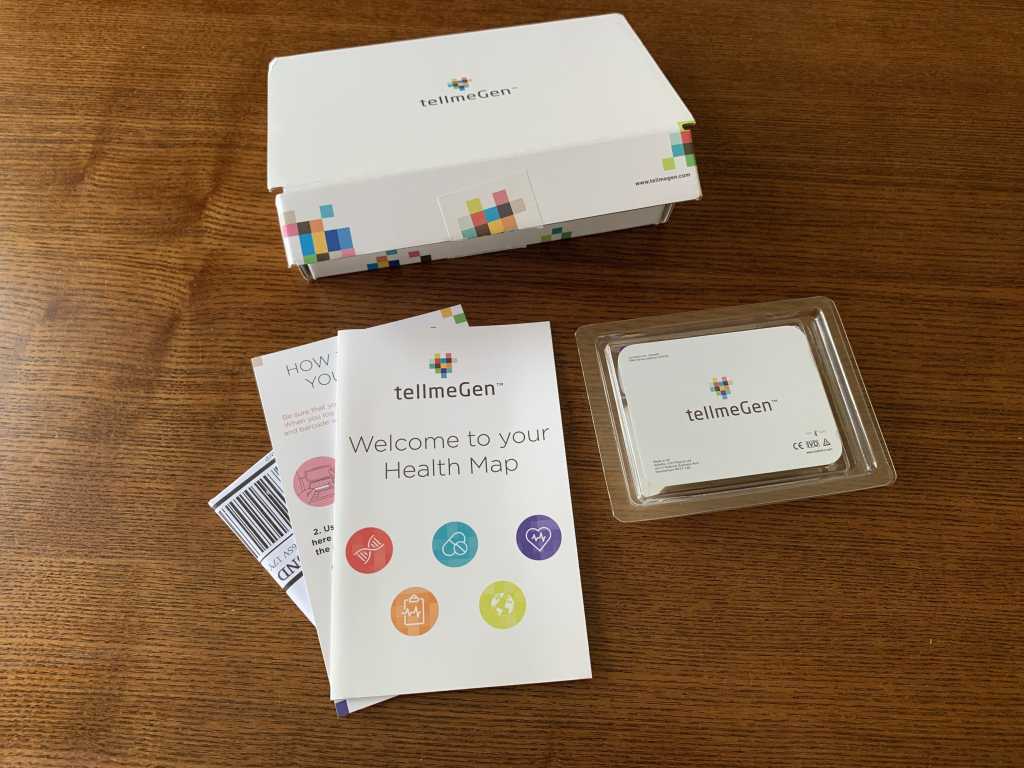 Andrew Hayward
At a Glance

TellMeGen has solid value as a health-centric service, but the ancestry component isn’t fleshed out enough to be very worthwhile—and the website and reports lack the polish of better-known rivals.

With more and more demand for affordable home DNA testing, the field of available tests keeps growing. Some offer more specialized results or the ability to purchase only the testing categories you desire, while others might undercut the bigger-name kits on price.

TellMeGen claims to offer the complete package, with both health/medical testing and ancestry results at a single purchase price. However, in practice, the service is clearly focused much more on the former than the latter, providing a long list of health traits and medical conditions with ample detail… and then barely scratching the surface with its simplistic ancestry results.

You’ll need to mail in a saliva sample for TellMeGen to analyze your DNA. Here’s what is in the kit:

Collecting a sizable-enough sample for TellMeGen means spitting into the included plastic tube over and over again until you fill it to the line (not including bubbles). It took me a few solid minutes of conjuring up fluids to meet the quota, but at least it’s a straightforward request. 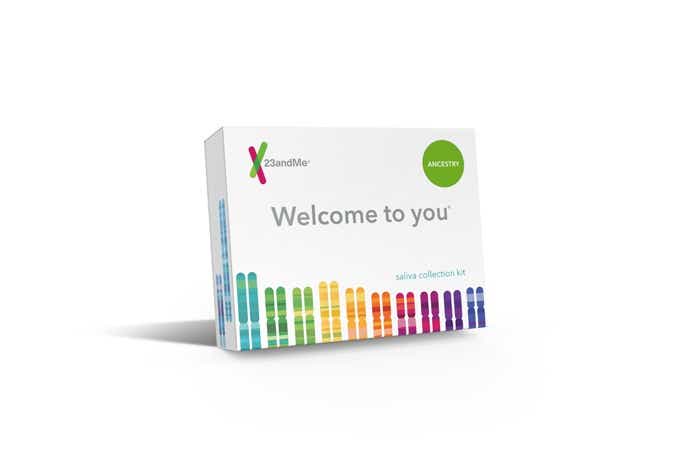 Having to unscrew the cap, screw on the funnel cap, and then unscrew the funnel and replace the original cap before mailing adds extra potential for fumbling the tube and potentially losing the free-floating stabilizing solution—so be careful with it. It’s not as clever as 23andMe’s tube, which has its solution sealed in the funnel cap and releases it into your saliva sample when you securely close it.

TellMeGen estimates that results will be available within four to six weeks of receiving the sample. I registered an account and my kit when preparing the sample, but did not receive any kind of email alert that my results were available. Five weeks after sending the sample, I logged into my account and found that the kit actually was not tied to the account, despite completing that step during initial registration.

Luckily, when I registered the kit again, the results were already available. Unfortunately, I don’t know exactly how long it took due to the kit registration mishap, but the turnaround still fell within the estimated window. Comparatively, I sent 23andMe and AncestryDNA samples back at the same time, and received results from both services in just over two weeks.

TellMeGen is an autosomal DNA test, much like 23andMe, AncestryDNA, and other popular tests, which analyzes the 22 pairs of autosomal chromosomes besides the X and Y sex chromosomes. According to the company, it can analyze more than 655,000 single nucleotide polymorphisms (SNPs)—or DNA sequence variations—used to track biological differences as well as shared connections to relatives.

Ancestry is listed last under the “My Results” section on the TellMeGen website, and that might be an indication of its significance in this particular DNA test. The ancestry results are incredibly simplistic, unfortunately, with little in the way of interactivity or depth.

In my case, the results showed that I am 89 percent British; nearly 9 percent Russian: Adyghe people; and about 2 percent French: Basque. Both 23andMe and AncestryDNA likewise pointed to nearly 100 percent Northwestern European totals, but neither estimated that the vast majority of that was British. In fact, both of those tests demonstrated a lot more nuance in their estimations of my ancestors’ origins. 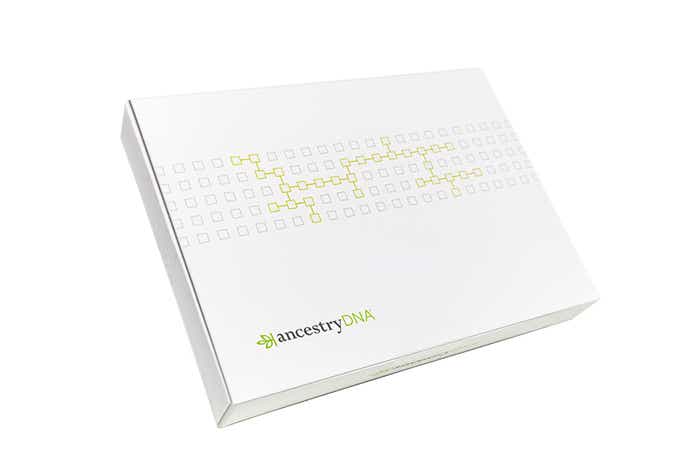 The percentage estimates are shown in a chart atop a map, but you can’t really do anything on the map except click on the highlighted countries. Flip over to the Details tab and you’ll find a little more information on each region—emphasis on “little.” Each explanation for my highlighted regions had just two to three sentences of information.

It really pales in comparison to the aforementioned rival services. Click on 23andMe’s results and you’ll get exhaustive explanations of each region, an interactive map with recent ancestry info, lots of additional background detail and images, and links to explore more about the region. It’s a world of difference. TellMeGen has nearly nothing worth digging into. It’s very disappointing.

TellMeGen also has no matching service for connecting with people with similar DNA. So in terms of learning more about where your ancestors came from or finding long-lost kin, you’re better served by another service such as 23andMe or AncestryDNA.

According to TellMeGen, its ancestry data is mainly from Western Europe (Iberian and Central European), with sources including public databases such as the Human Genome Diversity Project. TellMeGen analyzes more than 12,500 SNPs to detect global populations, and plans to continually update its data. New populations and subpopulations will be added in September, with the possibility of other features—such as relative-matching—under consideration.

Thankfully, TellMeGen provides a fair bit more information in its health-related results, which are split into three categories: Complex Diseases, Inherited Conditions, and Traits. Under Complex Diseases, TellMeGen shows a list of conditions split between high-risk, low-risk, and typical-risk categories, with your risk percentage shown compared to the average.

For example, it says that I am nearly 14 times more likely to develop restless leg syndrome than the rest of the population. Luckily, that hasn’t happened to me—yet, at least. But I can click on the listing and read more about what it is, the symptoms, the genetic role, and my own technical report, which highlights each SNP tracked, the genotype the test returned, and what that result means. It also provides further detail for each SNP, along with a bibliography for anyone looking for further context. 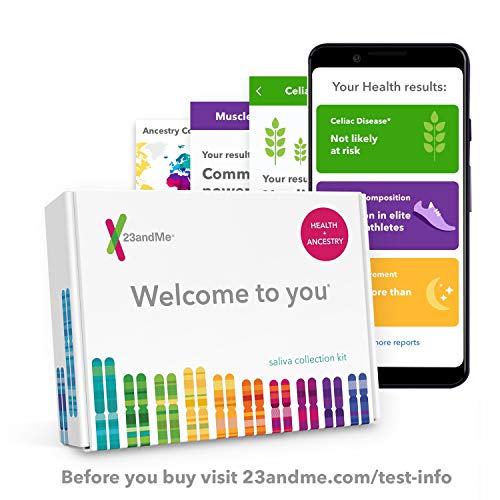 The other categories are similarly detailed, but the website lacks the polish and imagery of something like 23andMe, for example. That said, TellMeGen offers a longer list of traits and health conditions that it test for than the 23andMe Health + Ancestry test, but the results are sometimes ambiguous. At times, it simply pointed me towards my technical report, which then sometimes gave conflicting info based on which SNP was tested. In some cases, all of the tested SNPs were in agreement, yet TellMeGen still didn’t provide a conclusive result.

Both TellMeGen and the 23andMe Health + Ancestry test delivered similar results regarding certain traits, such as likely increased caffeine consumption and unlikeliness to have an alcohol flush reaction. While TellMeGen’s lists are longer, however, 23andMe’s measured traits are overall more fun and interesting (like “Ability to Match Musical Pitch” and “Toe Length Ratio”), plus 23andMe does a much, much better job of presenting its results than TellMeGen. You’ll typically get a plain wall of text with TellMeGen, while 23andMe has bespoke graphics everywhere, along with charts and graphs, and easily digestible chunks of info and data.

When you register a kit, you will need to agree to the informed consent agreement to continue. The document states that you agree to allow TellMeGen to receive and analyze your DNA, and provide the results—even if those results prove to “cause situations of emotional stress.” You can also choose whether to allow your data to be used anonymously for research. That’s your call to make.

Your kit has a 12-character alphanumeric code attached to it, and the laboratory that analyzes the kit will not have access to your identifying information, including your full name. Additionally, all physical samples are automatically destroyed two months following completion of testing. That’s handy, as it means that you do not have to contact customer service to have a sample destroyed, unlike with some other services.

TellMeGen keeps things simple with its pricing approach, selling a single kit for $169 through its website. There’s no add-on service or separate versions targeted toward different types of results: It’s one purchase for the full set of results. That’s cheaper than 23andMe’s Health + Ancestry testRemove non-product link, which is $199, but there’s a big difference in the experience given TellMeGen’s barebones website and reports.

As mentioned, TellMeGen is significantly more focused on the health side of the DNA testing equation, with the ancestry component coming off as a very minor add-on. Hopefully the ancestry component of the service will be further enhanced over time and users’ results will be updated with further detail and nuance. Right now, it’s not much of a selling point, but the health results are wide-ranging and interesting.