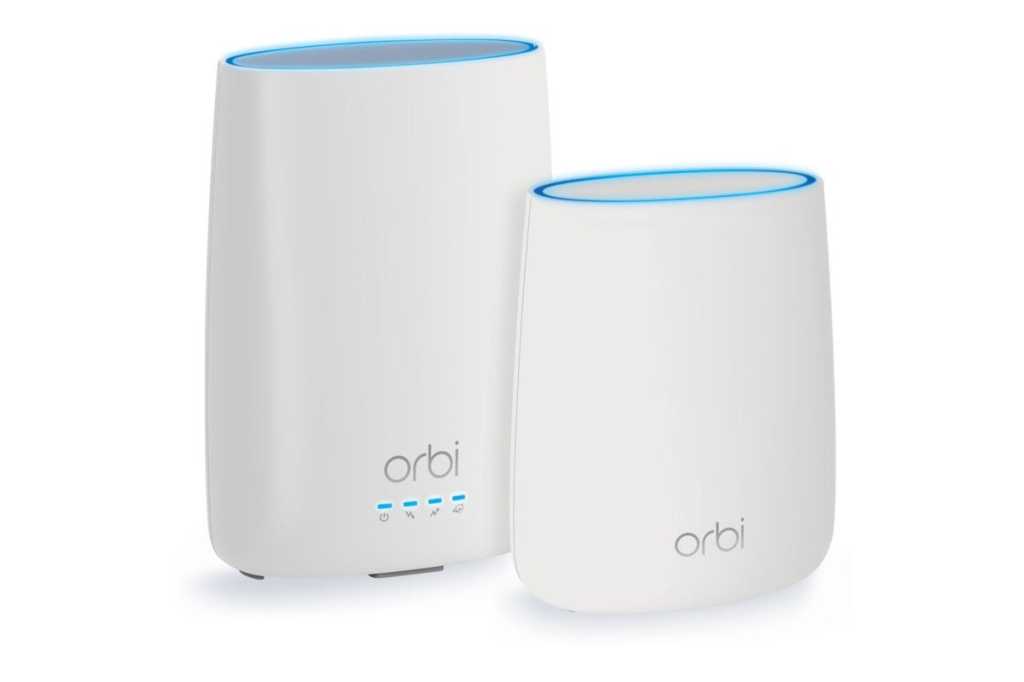 If you need to blanket your house in Wi-Fi signal goodness, check out this outstanding deal at B&H Photo Video. The online retailer is selling the Netgear Orbi Whole Home AC2200 Wi-Fi System for $230Remove non-product link. To get the deal you have to click the Clip Coupon – Save $170.00 button underneath the price on the product page. The sale price is much, much lower than Amazon’s all-time low price of $284.

This is the CBK40 variant of the Orbi Whole Home Wi-Fi System, with an Orbi cable modem and router and an Orbi Satellite node in the box. It broadcasts 802.11ac Wi-Fi over areas up to 4,000 square feet. The tri-band router delivers speeds up to 2,220 Megabits per second, though one of the 5GHz bands is used as a dedicated 866 Mb/s backhaul between the router and satellite node. The router also has four ethernet LAN ports, and it’s packing beamforming technology for better wireless reception.

You’ll have to have cable Internet service to use this kit.

We haven’t reviewed this specific system, but we have liked other Orbi home Wi-Fi systems. The last one we looked at, RBK50, wasn’t a true mesh Wi-Fi system, since the satellites send data back and forth to a central router instead of communicating with each other. Today’s system appears to use the same approach, but the end result is the same as a true mesh system: better Wi-Fi coverage at home.