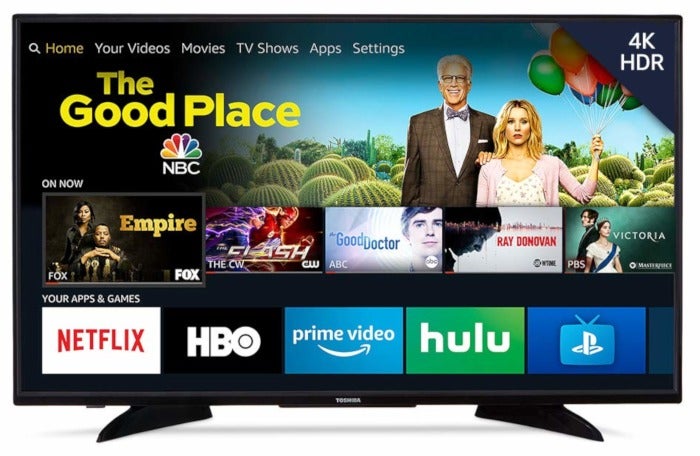 Upgrading to a 4K HDR TV with streaming capabilities baked in is ludicrously cheap today. Best Buy is selling the Toshiba 43-inch 4K HDR Fire TV Edition for just $200Remove non-product link. That’s the same price as we saw in January for this set, and it’s $50 cheaper than Amazon’s current price.

With Fire TV built-in you get access to all sorts of streaming video apps, such as Netflix, Amazon Prime Video, Hulu, HBO, PlayStation Vue, and many others. The TV also comes with a remote packed with Amazon’s Alexa digital assistant, which allows you to use your voice to launch TV apps and control smart home devices.

The best part of this TV, however, is the eye-popping combination of 4K resolution and high dynamic range support. HDR provides a much wider range of colors to create greater contrast and more vivid images onscreen.

The TV’s pair of eight-watt Onkyo speakers support DTS Studio Sound and Dolby audio, though you’ll still probably want to invest in a soundbar for better sound. A trio HDMI inputs stand ready to connect your consoles, cable boxes, and any other devices.

Overall, this looks like a solid 4K TV packed with nice extras, and at an amost unbelievable price today.