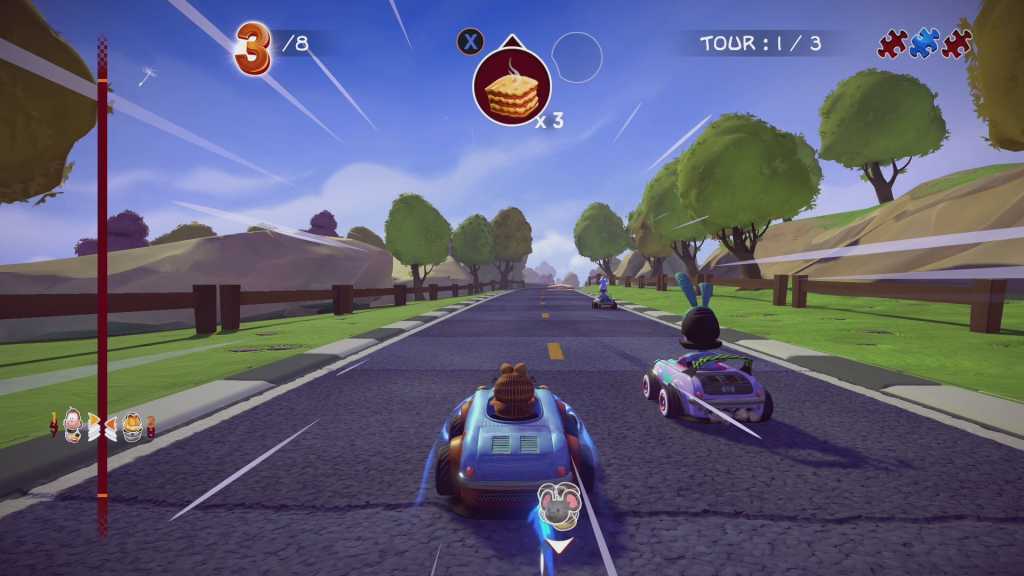 I know, I know, “Take me to the Crusader Kings II deal.” We’ll get there.

You’ll find details below, plus new spooky trailers for Control and Blair Witch, a short Destiny 2 delay, a longer Phoenix Point delay, and if you scroll down far enough? The announcement of a new Garfield Kart sequel, because the world’s an irony-laden hellscape and we might as well accept it’s never getting better.

This is gaming news for July 29 to August 2.

I usually kick these off with the week’s free games, and Epic’s giving away some good ones this week. Both Remedy’s classic Alan Wake and Ubisoft’s fairly recent fighter For Honor are up for grabs, which is quite a one-two punch.

But Humble’s got arguably the better deal this week. Yes, better than free. The latest Humble Bundle lets you snag Crusader Kings II and all the major expansions for a mere $15—with the base game and five expansions included in the $1 tier. Paradox’s grand strategy games are daunting but Crusader Kings II‘s character focus makes it a fairly accessible and entertaining place to start, and you’re getting approximately $150 worth of game for a tenth the cost. Thousands of hours of political chicanery await. Definitely check it out.

“I’d like to tell you about a dream I had…” begins this, the creepiest Control trailer yet. Spoiler: The dream isn’t very pleasant, and it’s punctuated by what might be 2019’s most unsettling fake laugh, around the 35-second mark.

Lost in the woods

Bloober Team’s Blair Witch is looking spooky as well. This week we got the first gameplay trailer, which features a cute dog that’s definitely going to die in some horrific way, plus myriad flashlights, creepy trees, creepier houses, and a found-footage section that’s giving me some very Outlast vibes. Big year for Bloober.

This weekend is Evo, the annual fighting game tournament, and Capcom undoubtedly meant to hold E. Honda’s Street Fighter V debut for the show. Then the trailer went up on Steam. Oops. You’ll be able to purchase him Sunday, the same day as the Street Fighter V finals.

Destiny 2′s upcoming Shadowkeep expansion is a big one. There’s a new campaign of course, plus a deeper armor system, a new raid, and more—not to mention a move from Battle.net to Steam, and the launch of a free-to-play version. Bungie’s got a lot to do, and apparently it’s going to take just a bit longer. Thursday, Bungie announced Shadowkeep and the accompanying platform shift will now debut October 1, a two-week delay, with the raid set to release October 5.

Cross-save capability is arriving before the expansion though, if you’re raring to move your character from PlayStation 4 over to PC. “Later this summer” is the window Bungie gave.

With Destiny delayed, that leaves Borderlands all on its lonesome in mid-September. And a month out, the trailers are starting to ramp up. This week we got two, focusing on vault hunters Zane and Moze. Zane’s your gadget character, able to make a hologram of himself (and chat with it). Moze has a mech. Neither’s fully hooked me yet, but Moze’s mech did wreck enemies in a pretty satisfying way when I played the E3 demo.

Another delay, this one a bit more substantial: XCOM spiritual successor Phoenix Point slipped from September 3 to some unknown day in December. The developers cite needing more time, although with September fairly crowded it could be a tactical decision as well. In any case, let’s hope it’s the last delay for this much-delayed game, and that the extra time serves its purpose.

Fortnite kicked off Season X this week. The big gimmick? Mechs, which in Pacific Rim fashion are operated by two people—one for movement, one for guns—or one very active solo player. It’s neat, though I’m mostly curious whether Fortnite follows in Apple’s footsteps, forever adding onto Season X until people forget it originally meant “Ten.”

Total War usually follows a fairly standard expansion route. You get your blood DLC, a few factions, and so forth. Three Kingdoms is doing something fresh with its new Dynasty Mode though. It’s essentially a rudimentary horde mode, setting three hero units against waves of enemy troops. Given Total War‘s battles aren’t very active on a unit-to-unit basis I’m not sure how fun it’ll be, but it’s an intriguing genre mashup.

November is reserved for only the biggest of video game releases, so it should come as no surprise we’re getting Garfield Kart: Furious Racing on November 5. That’s right, move over Mario Kart. Your reign of terror is over, as everyone’s favorite Monday-hating cat has paused ruining his owner’s life long enough to put out a sequel to 2013’s irony-laced Garfield Kart.

And yet somehow they didn’t have a trailer ready to go with this announcement. For shame.

Last but certainly not least, the developer of Jalopy unveiled a new game titled Landlord’s Super. The gist? Get hammered while you hammer. Drink screwdrivers while you screwdriver. Get drunk and build stuff. It looks a lot like House Flipper, but more deliberately clumsy and British. And did I mention you can drink?