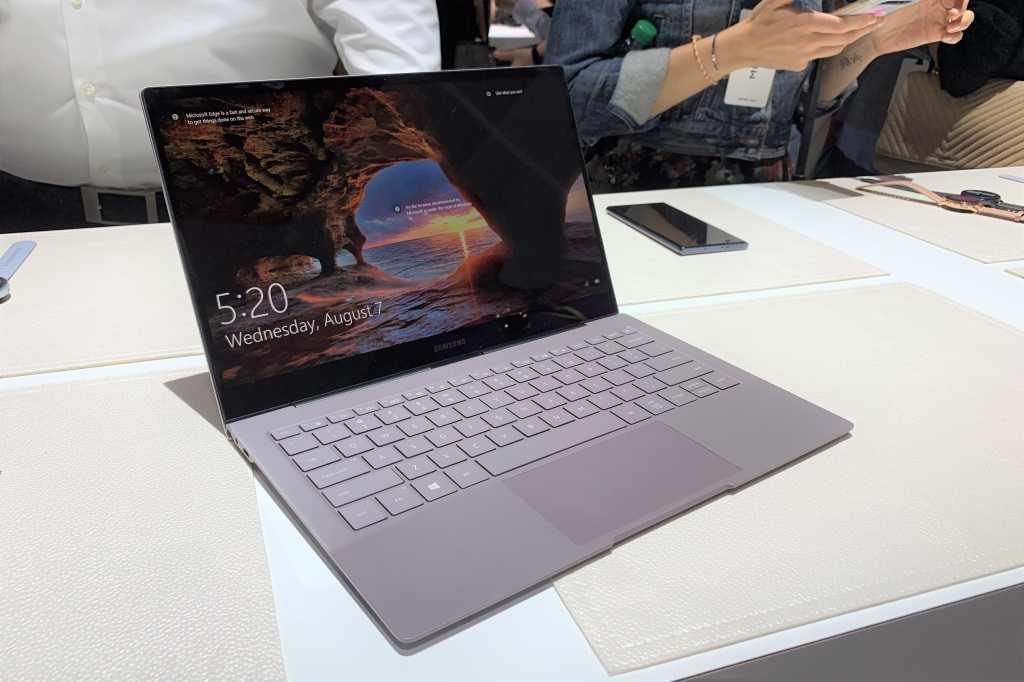 Samsung’s Galaxy Book S debuted at the company’s Unpacked 2019 event in New York, a surprise addition to the widely expected announcement of the company’s Galaxy S10 and S10+ phablets. Starting at $1,000, the other surprise is the CPU inside: Qualcomm’s spanking-new, octo-core Snapdragon 8cx.

Qualcomm’s taken a few prior stabs at running a laptop on Snapdragon—no small feat given the need to emulate Windows 10. So far the results have been mixed at best, sacrificing perhaps a bit too much performance for battery life. However, when Qualcomm unveiled the Snapdragon 8cx late last year, the company claimed it was built from the ground up for laptops. The 8cx later posted promising benchmarks when we saw it on a reference laptop at Computex in Taipei. This is our first look at the new CPU in a shipping unit.

This Snapdragon-powered edition of the Book ultraportable line is impressively thin and light. Unlike the previous Galaxy Book 2, which was a 2-in-1 (tablet with keyboard), the new Galaxy Book S is a full-on clamshell. It features a full-HD 13.3-inch touchscreen, a bare minimum of ports, and—according to Samsung, anyway—up to 23 hours of battery life.

You can charge the Galaxy Book S’s 42-watt-hour battery using one of the two USB Type-C ports that sit on either side of the laptop. There’s also a 3.5mm combo audio jack, while a flap conceals a microSD memory slot.

Besides its Snapdragon processor, the Galaxy Book S packs in 8GB of RAM and either a 256GB or 512GB SSD, which you can augment with up to 1TB of microSD storage.

Measuring less than a half-inch thick and weighing just 2.2 pounds, the Galaxy Book S felt predictably slim and light in my hands. The full version of Windows 10 running on the touchscreen felt reasonably snappy during my (extremely limited) time with it.

Available in gray and bronze, the Galaxy Book S has a sleek, anodized aluminum design, with a hinge that props up the keyboard slightly when the lid is opened.

Also on board are gigabit LTE connectivity, a fingerprint reader, and stereo speakers designed by AKG complete with Dolby Atmos sound.

The Galaxy Book S shows all the things we’ve been promised with Snapdragon-based laptops: Sliver-thin profiles, super-light weights, and battery life literally for days. Performance may be better than in prior generations, too. With the debut of the Galaxy Book S and perhaps others, we hope to test the claims in the near future.