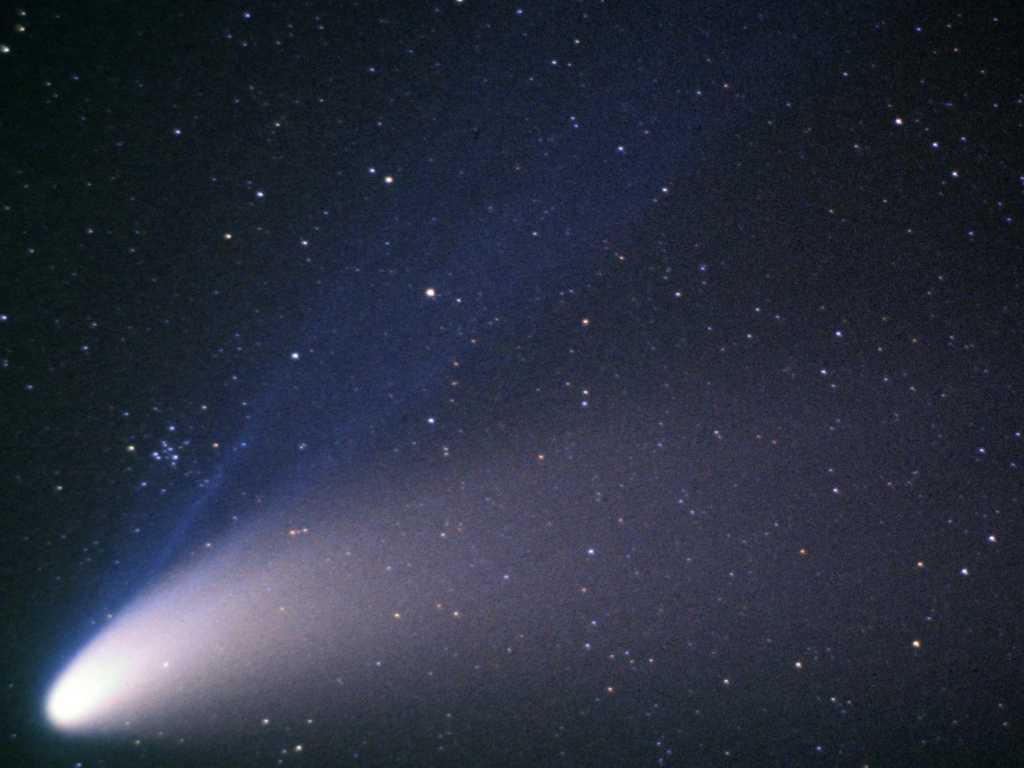 Comet Lake is actually more like than unlike Whiskey Lake. Both chips use Whiskey Lake’s 14nm CPU architecture. Comet Lake is clocked faster, yet it still remains within roughly the same thermal constraints. Both families primarily use four cores and eight threads, though Comet Lake adds a single six-core option. Nevertheless, Intel is positioning Comet Lake as a 10th-gen chip, in the same family as its recently-introduced Ice Lake.

Intel characterizes its eight new Comet Lake chips as upclocked powerhouses, soaring to 4.9GHz turbo frequency, with a mix of U-series (notebooks) and Y-series (tablet) processors. Intel is relying on its turbo speed and a new memory controller, which adds LPDDR4x support and pushes DDR4 support up a notch to 2,666MHz speeds for additional performance.

Overall, Comet Lake will outperform Whiskey Lake by about 16 percent, Intel says. But the impact of the clock and memory combination will be felt more strongly in Office apps, propelling Comet Lake’s Office 365 performance 41 percent faster than Whiskey Lake’s.

The challenge, though, will be differentiating Comet Lake from the Ice Lake chips it launched just weeks ago. Comet Lake chips will be immediately available, confirming what leaked roadmaps suggested: This fall will see Intel versus Intel, with the legacy 14nm 10th-gen Comet Lake architecture taking on 10nm, 10th-gen Ice Lake chips already shipping inside notebook PCs. Intel’s positioning Ice Lake notebooks as well-rounded platforms that emphasize connectivity and graphics, with Comet Lake relegated to business platforms and other PCs that demand more straightforward performance. But Whiskey Lake-based  notebooks aren’t going away either, Intel says, and AMD’s third-gen mobile Ryzen notebooks hope to shoulder in.

“One [Ice Lake] is for entertainment and for intelligent performance. The other one [Comet Lake] is for productivity,” said Ron Senderovitz, the vice president of mobile platform marketing for Intel’s Client Computing Group, in a recent briefing. “And both of them are coming with the connectivity that we’ve talked to you [about], and with a baseline performance that is really fantastic.”

More Comet Lake chips are due in the first half of 2020. What Intel is announcing today are merely the consumer versions; next year, Intel will add Comet Lake chips optimized for business, with vPro technology attached.

Challenging users to differentiate between Comet Lake, Ice Lake, and Whiskey Lake notebooks will be problematic enough. But Intel has tweaked its model numbering scheme yet again, after we thought we’d explained it once and for all with Ice Lake.

The generous interpretation is that the new five-digit Comet Lake numbering scheme easily differentiates between a Comet Lake and an Ice Lake processor. Recall that Intel uses a four-digit model number to identify Ice Lake parts, like so:

Comet Lake’s five-digit numbering scheme does away with the graphics suffix, as all of the announced parts use the same UHD graphics. Instead, the “U” and “Y” suffixes, which Ice Lake did away with, have now returned. In any case, here’s a graphic that differentiates the two.

Intel will offer eight new Comet Lake processors to compete with the eleven Ice Lake chips it recently introduced: four U-series notebook chips, as well as another four Y-series parts for tablets. Though Intel publishes a public price list, we probably won’t know what Comet Lake processors will cost for another day or so.

The majority of Comet Lake remains in the same 4-core/8-thread configuration used by Ice Lake, though there’s one single 6-core/12-thread chip. Intel also confirmed that Comet Lake does not use the “Sunny Cove” CPU architecture of Ice Lake. Technically, Comet Lake is built on a 14nm++ process, Intel confirmed.

Both the core clock speeds as well as the turbo speeds of Comet Lake are generally higher than Ice Lake’s. This probably indicates that Intel’s adept at squeezing out as much clock speed as it can from its mature 14nm process, and hasn’t yet tapped the full potential of its 10nm process.

It’s not entirely clear what makes Comet Lake a 10th-gen chip, as opposed to the 8th-gen Whiskey Lake part, but we can make some guesses. Comet Lake supports up to four Thunderbolt 3 I/O connections, though they’re not integrated as they are in Ice Lake, and they’re optional, to boot. More minor features include modern standby and Amazon Alexa support—as Intel has said previously, more than half of the new Intel-powered holiday PC models will include Alexa support. Optane is supported as well.

Both Ice Lake and Comet Lake support Intel’s Wi-Fi 6 (Gig+) wireless standard, though that’s considered optional. (You can read more about WiFi 6 (Gig+) in our Ice Lake architecture preview.) Intel also isn’t bringing 5G connectivity to the Comet Lake platform at this time—it will have to wait for a future generation, Senderowitz said.

Comet Lake’s other major improvement is its memory controller, which allows for LP4x-2933 memory, as well as LPDDR3-2133 and DDR4-2666. LP4x, also known as LPDDR4X, will allow for notebook memory capacity to exceed 16GB. The increased memory bandwidth also allows for higher performance in integrated graphics. Whiskey Lake, Comet Lake’s predecessor, supported up to LPDDR3-2133 and DDR-2400, with no support for LP4x memory. Ice Lake, however, supports LP4x memory at a faster 3733 MHz speed, plus DDR4-3200.

According to Senderowitz, Comet Lake’s graphics have improved a “little bit” over Whiskey Lake, with a slight frequency bump. “But it’s not something that we’re positioning as a big leap,” he said.

It’s really not clear whether Intel will ship an Comet Lake H-series part for gaming notebooks, or whether the 6-core Intel Core i7-10710U will be expected to play that role. In any case, if you want you’re looking for a Comet Lake notebook with substantial graphics horsepower, you’ll need to seek out one with a discrete GPU.

Comet Lake’s power consumption is another thing to consider. Essentially, Intel believes that by adjusting the power, you’ll receive the same battery life as Whiskey Lake while improving performance. Intel does this in two major ways.

First, Intel’s Comet Lake chips will support Intel’s Adaptix technology, which taps built-in laptop and CPU sensors, knowledge of the available power, and the PC maker’s own preferences. Adaptix works in the middle ground between the maximum turbo power level and the available CPU power, trying to sustain an increased level of performance if the conditions allow for it. The advantage here is that you’ll see less of a choppy up-down toggle between turbo mode and a more normal clock speed, and a longer period of improved performance for prolonged workloads.

Second, Intel also ships each mobile processor with some wriggle room for notebook makers, allowing them to trade off higher power consumption (and probably lower battery life) for more upclocked performance. Intel refers to this as the “nominal TDP” and the “Config UP TDP.”

In the Y-series tablet space, though, the differences are stark. While Ice Lake consumes 9W to 12W, depending on the configuration, a Comet Lake’s Y-series chips offers the option of as low as 4.5W, 7W nominal TDP, and 9W UP. (The three TDP tiers—a “down” or downclocked tier, a nominal tier, and the “UP” tier are fairly typical; for comparison’s sake, Whiskey Lake’s Y-series chips consumed 3.5W down, 5W nominal, and 7W UP.)

Intel says that Comet Lake’s lower power is a factor of integration—Ice Lake integrates more functionality (including a GPU), so it consumes more power, Senderowitz said. In total, Intel’s claiming that Comet Lake-powered devices can achieve up to 16 hours of video playback time.

But Comet Lake’s overall power consumption maxes out where Ice Lake begins. The implication is clear: while there aren’t many Windows tablets in the market, PC makers will need to consider Comet Lake for low-power tablets, as well as Whiskey Lake.

We still have at best a vague picture of how Comet Lake, Ice Lake, and Whiskey Lake will shape up relative to one another. We know how Intel believes the 10th-gen Comet Lake chips compare to Whiskey Lake: a 16 percent overall improvement, plus a 41 percent improvement in Office 365). Intel also provided a summary of the specifications of both the Ice Lake and Comet Lake chips.

Our performance preview comparing Ice Lake to Whiskey Lake also provides more detail on how Intel’s rival 10th-gen part will compete with the 8th-gen Whiskey Lake. Here’s the Whiskey Lake launch lineup, along with a review of the powerful Whiskey Lake-powered Dell Latitude 7400 2-in-1:

Our preliminary performance report demonstrated some marginal performance improvements (a 15-watt Ice Lake U scored about 8 percent higher than Whiskey Lake in Cinebench R15, for example) with instructions-per-clock improvements being offset somewhat by slower clock speeds.

The other question, of course, is how Ice Lake will compare to Comet Lake. We don’t know the answer to that either, though we’d suspect that the single-threaded applications will benefit more from the Comet Lake’s higher clock speed, while multi-threaded applications will obviously take advantage of the Core i7-10710U’s higher core and thread counts. Below is Intel’s Ice Lake launch lineup, for comparison’s sake. (We don’t have any Ice Lake-powered notebooks for review yet.)

The final question we asked of the PC makers themselves: Which types of laptops will include which processors, for products shipping this holiday season? We asked Acer, Dell, HP, and Lenovo to clarify the issue. None were willing to go on the record, and all were reluctant to talk.

On Wednesday, however, Dell announced that its XPS 13 was being refreshed with the Comet Lake chip, with a base price of $899, and several of its Inspiron consumer PCs, such as the Inspiron 14 5000, are also receiving Comet Lake. That’s a strong tell that Comet Lake will be a mainstream chip, and that Ice Lake (being used in the XPS 2-in-1) will be reserved for premium machines.

It’s probably safe to say, as well, that all business notebooks will eventually turn to Coffee Lake once the vPro options begin shipping next year. So far, we’ve seen Ice Lake reserved for premium notebooks, possibly because of 10nm supply issues. After that? It’s largely an open question.

The implications are clear, though: For the first time in quite a while, you’re going to be spoiled for choice when it comes to notebook purchases during the holiday season of 2019. Will PC makers, and thus customers, settle on just one processor? Or will all be in play? We’ll do our best to help you decide which notebook PC processor is right for you once we can get our hands on some shipping hardware.

This story was updated at 10:08 AM with additional details from Dell.