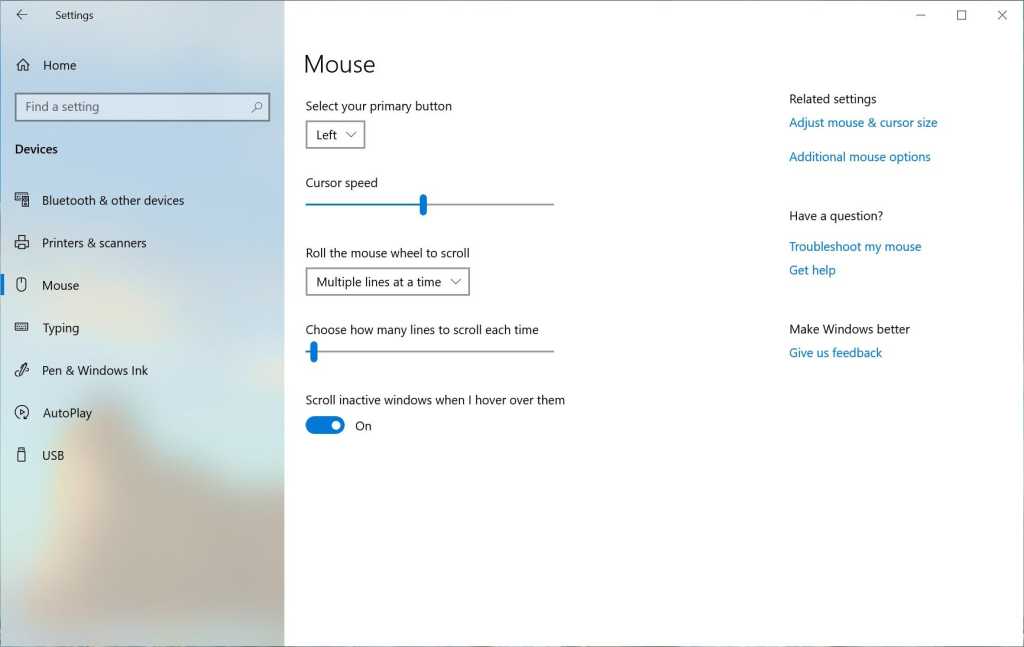 Users have been waiting for the first significant builds of the upcoming Windows 10 20H1 feature release to drop, and build 18963 is just that. It offers improvements to the Task Manager, Settings, Windows Search, and even your account picture.

None of the new features should be considered barn-burners, but we haven’t seen this breadth of variety very often with the upcoming 20H1 release. (While the 20H1 release, due in the spring of 2020, is the “feature release,” Microsoft has said before that the 19H2 release due this fall will be built around optimizations and bug fixes.)

Here’s a list of what’s new, starting off with a feature designed for PC enthusiasts:

While you may already monitor your GPU temps via some form of third-party utility, the capability is now being built right into Windows. Along with a number of other capabilities already built into Task Manager (monitoring your CPU utilization is a popular choice, along with tracking Wi-Fi and networking bandwidth) you’ll now see your GPU temperature, if your system supports it. You’ll find it in the Performance tab.

Unfortunately, Task Manager doesn’t seem to support your CPU temperature yet, but it’s likely that will be added down the road. You’ll need a graphics driver that supports version 2.4 (or higher) of WDDM. Unfortunately, temperatures are provided only in Celsius for now.

While many people don’t actually use Windows’ virtual desktops capability (leading Microsoft to repurpose it to Timeline), one feature has been long overdue: the ability to rename the desktops, so that you can at least mentally organize them into work and play, or at least different desktops for different tasks. Simply open Task View by pressing Win+Tab or by pressing the Task View key, then click the name of the desktop to change it.

The names will persist through a reboot cycle, Microsoft says.

Microsoft has also made several improvements to Microsoft Search. The improvements will work best when your PC is connected to the Internet, and it can filter your searches through to the cloud. Here’s a short summary:

Microsoft says it’s trying to make an effort to update your account picture more quickly across various apps and sites, as well as give you new options to add pictures. You can do so by opening Your info within the Windows settings, typing Your info, and selecting Your account info. You can then use the options in Create your picture to select a new picture for your account.

Microsoft says it hopes it will be able to update the photos faster than the once-a-day pace it’s currently on with some sites.

You’ve already been able to add the Optional Features (Settings > Apps & Features > Optional Features) to Windows for some time now, such as turning on Hyper-V within Windows 10 Pro. You can now multi-select features to install, as well as see how much space they’ll take up and when you installed them.

You also have the option of controlling mouse cursor speed from Settings > Devices > Mouse.

Finally, there’s one more small change: Notepad has been moved to the Windows Store, which means that it will be able to be updated independently and on its own schedule, rather than on the Windows development cadence.