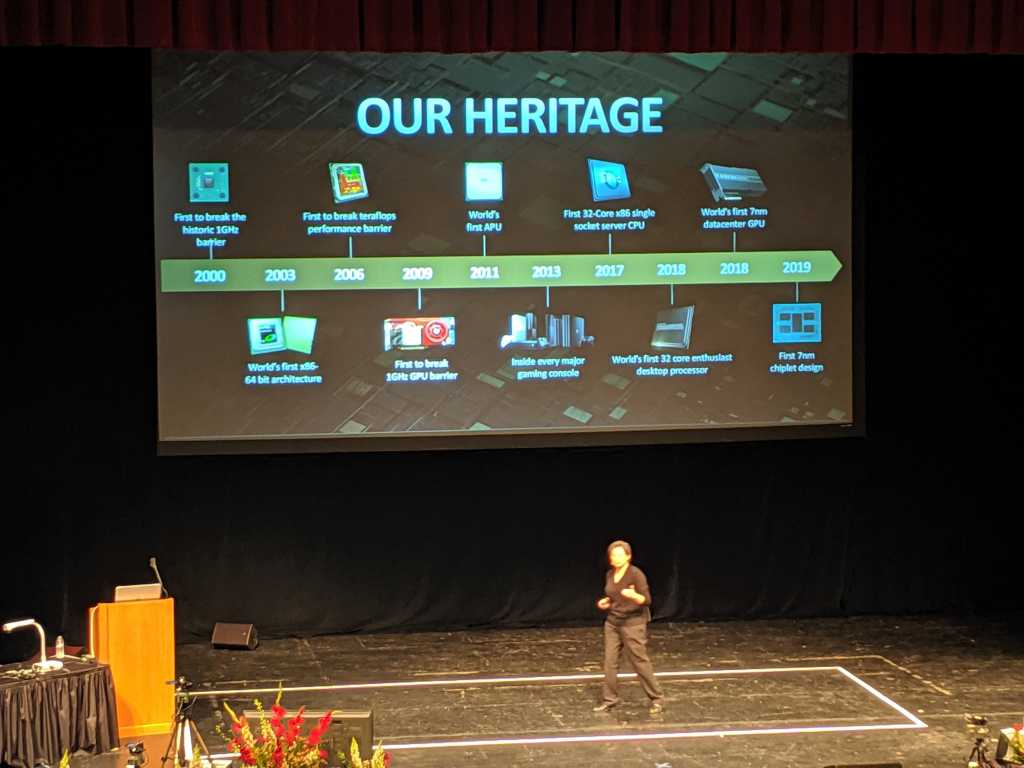 Su, speaking at the Hot Chips conference at Stanford University, was pressed to provide more context on when a next-gen Threadripper would ship. In a series of questions by Anandtech’s Ian Cutress on when new information would be provided, Su’s responses ranged from “soon” to “less than a year,” finally settling on a commitment to provide more information in 2019.

Su’s comments followed Threadripper’s conspicuous absence from Su’s Computex keynote in Taiwan, then statements that Threadripper wasn’t being ignored. However, it remains unclear what AMD will announce, or when.

Su also hesitated when asked whether AMD would bring back CrossFire, AMD’s answer to the multi-GPU trends of a few years ago. “I would say that GPU performance will continue to go at a very fast pace,” she said. “It’s not a significant focus,” she added.

CPU design is getting more complicated

Su’s keynote focused on the increasing complexity of improving CPU performance, especially in the server space. Historically, most attention is paid to how well the CPU performs across a range of computational tasks. “CPU performance” has been split across a variety of different design aspects, such as improvements in microarchitecture, more silicon power, power management, and more. The bulk—40 percent or so—has been historically driven by denser, more powerful transistors, she said.

That’s changing, Su said. Now, AMD and other chip makers need to focus equally on aspects like software efficiency, software-hardware co-optimization, interconnect and other I/O, memory bandwidth, and even whether a traditional CPU or GPU can do the job. Su said that AMD is considering whether to build its own dedicated accelerators for fixed-function applications like machine learning.

AMD hasn’t announced a dedicated machine learning or AI chip, but Su said not to worry: ‘We’ll absolutely see AMD be a large player in AI,” she said. But whether AMD will build its own AI chip is an open question for the moment.

Instead, Su encouraged third-party accelerator makers to work with AMD to connect to their CPUs and GPUs, as a way for the hardware ecosystem to work cooperatively. (IBM designed its Power9 architecture to work with rival Nvidia’s GPUs.) ”I don’t believe that any one company will have the answers,” Su said.