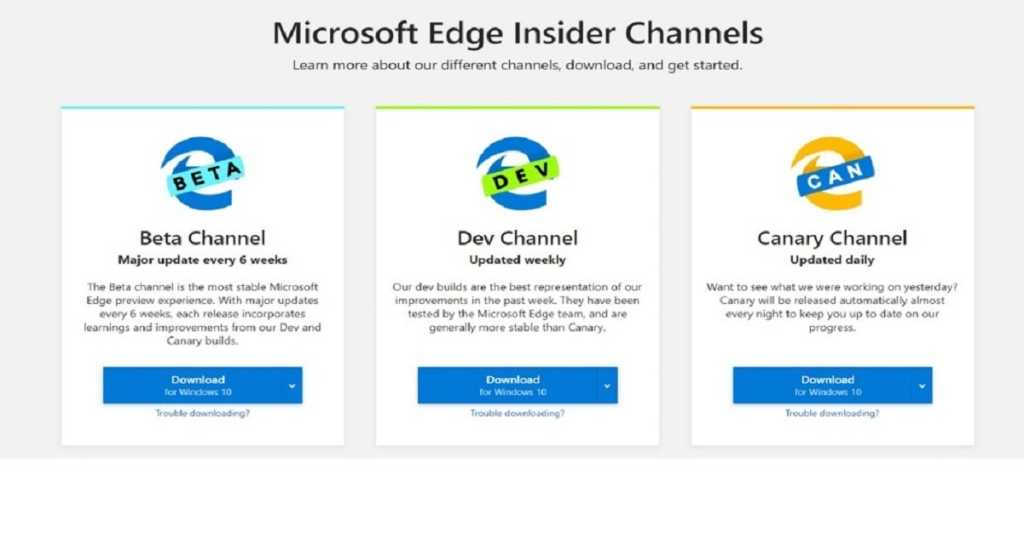 Microsoft’s Chromium-based Edge browser has reached beta status, meaning that Microsoft feels like the new version of Edge is available for everyday use for Windows and MacOS.

Microsoft is preparing to phase out the EdgeHTML-based version of Edge in favor of the new Chromium version, which is designed to allow users access to Chrome extensions and plug-ins, and attract more users to the browser. The beta channel will be the last official channel before launch, which will happen at some future, undisclosed time. It’s also the most stable channel, while more features (and more bugs!) are available in the Canary and Developer channels.

The new version of Edge can be configured to enable tracking prevention in three levels, Basic, Balanced and Strict, to help block cookies and allow users to surf the web privately. The Chromium version of Edge also runs Internet Explorer as an Edge tab, a feature that Microsoft previously announced.

Finally, Microsoft said that Collections can be tested in the Canary channel. Collections allows you to group and archive webpages for later viewing, such as a collection of pages of things to do during an upcoming trip.