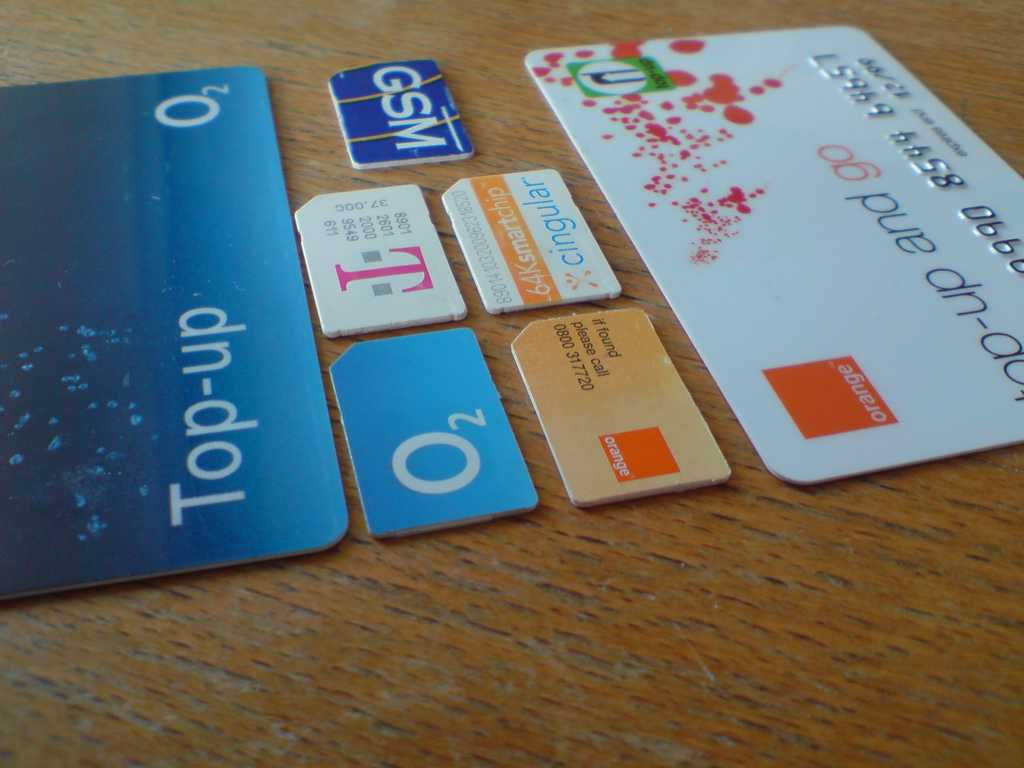 Anyone who’s used an LTE-connected laptop understands the sheer joy of mobile computing: always-on connectivity, wherever you are. But this vision will never be broadly accessible unless the wireless carriers sell us prepaid SIMs that can be topped up cheaply.

American consumers and carriers alike are comfortable with the notion that you own a phone and a wireless plan, and pay for one to power the other. But when you start adding devices to the mix, such as an Apple Watch or a 4G laptop, there are both technical issues and billing issues to overcome.

The U.S. wireless carriers have convinced customers that a fixed monthly bill is in their best interest. Everywhere else in the world, pay-as-you-go SIMs flourish, allowing wireless devices to connect as needed, without unnecessary fees.

Users who roam among wired and wireless access points don’t necessarily need an enormous stable of mobile minutes or data, just the flexibility to connect when needed at an affordable price. Until American consumers have access to that, “always connected” PCs are going to be more trouble than they’re worth.

The best wireless experience I’ve had was in Taiwan, where you can pick up a local wireless SIM at the airport, pay about $10 for 5 days of unlimited high-speed data, then toss the SIM in the garbage on the way home. You can also buy a pay-as-you-go SIM and top up in any convenience store on the island. ‘Topping up’ is like filling your car with gas: You pay a few bucks, and add to your pool of available minutes and data. Depending upon the country and the service, topping up can be done either in-store or online, and sometimes just via text.

There’s a difference between the SIMs tourists buy, however, and the SIMs permanent residents need to connect their laptops for 4G use. Case in point: this Vodafone (UK) plan that offers unlimited data, unlimited texts, and 500MB of data per day, capped at just one UK pound per day.

That’s just a start. I think it’s fair to say more and more people are turning away from voice and even SMS messaging, moving to data-only plans and apps. I’d love a data-only version of this: a SIM that I could simply leave in my laptop, with a small pool of data that could be periodically topped up. Everything else I could do on my phone.

American customers have been trained to pay for a fixed bundle of voice, texts, and data per month, with more and more opting for unlimited plans from the four major carriers.

Consider Verizon’s cellular options. Postpaid contracts, what most users pay for, run $35 to $55 per line per month. Search Verizon’s site for “prepaid SIM,” and Verizon returns a list—not of SIMs, but of phones that you can prepay for, and then combine with, yes, a fixed monthly wireless fee. Verizon’s connected-device plans, which are way at the bottom of its ”shared data” plans, require another monthly fee for a few gigabytes per month, and then tack a connected-device fee on top of it.

To be fair, the other wireless carriers are about the same. AT&T’s prepaid plans look a lot like its traditional postpaid plans, though data rolls over. T-Mobile offers nothing, nor does Sprint (which will soon merge with T-Mobile), and the latter clearly ties its plans to specific phones.

The best of the lot is probably Google. Google Fi offers both nationwide wireless service as well as data-only SIMs that tap into your pool of data. The only problem? The Google Fi SIMs are optimized for compatible tablets and devices—not including any laptops with SIM slots. Google cautions, “we may not be able to help activate or troubleshoot these other devices.”

eSIMs won’t save us, and tethering won’t either

As Macworld UK reminds us, carriers freak out when consumers ask to add devices. Apple’s Apple Watch popularized the eSIM standard, which removes the need for a physical SIM card and registers the device with the carrier. Though there are some consumer advantages to an eSIM—such as eliminating the possibility that they could be stolen, for example—you could still argue that an eSIM in fact offers more flexibility to the carrier, and less to the consumer. Notebook PCs are no exception.

From what I can see, there doesn’t appear to be any technical solution to the problem—and that includes tethering, which has been the traditional way of connecting a notebook PC to a wireless connection.

Tethering—using your phone as a wireless gateway, connected to your laptop via a USB cord, Wi-Fi, or Bluetooth—simply redirects the problem. For one thing, tethering your phone means that you have two devices (your phone, and your laptop) in active use, robbing you of precious uptime on two devices when only one (your laptop) should be in use. Windows, in my experience, can also take a minute or two to establish and find a Wi-Fi connection between the two devices, and any prolonged period of idleness will cause one or the other to drop the connection. A long history of trying to connect in airports, conference centers, and convention halls has also taught me that when the going gets tough, it’s the Wi-Fi that still tends to bog down, no matter whether the source is your phone or the onsite service. There are billing issues, too: My “unlimited” T-Mobile service regresses to a limited 2GB per month when tethered.

Cellular connections don’t necessarily hold up in the bowels of a convention center, either. But with 4G and (soon, 5G) connections steadily improving, there’s a case to be made that cellular connections will soon offer better connectivity and data rates than clogged, traditional Wi-Fi, putting the onus on the carriers to meet consumer expectations.

Unfortunately, some laptop makers sign exclusive deals with a particular carrier, compounding the problem, as analyst Patrick Moorhead recently pointed out. In any case, the ability for consumers to select freely among carriers and plans hurts consumers, as well as the emerging connected-PC market.

A connected laptop doesn’t necessarily need a dedicated phone number. Data, on the other hand, is critical. You can see where this is going: A phone number helps “lock in” a user to the SIM and the carrier. Data is far more fluid, and places far more power in the user’s hands: They don’t care whether T-Mobile, Vodafone, Orange, Verizon, or anyone else is supplying the data, as long as it’s fast and ubiquitous.

At some point, however, it seems clear that somebody will recognize the potential market opportunity and start supplying off-the-shelf SIMs. A world in which users can buy and add to their store of wireless data at the same shops where they buy an energy drink just makes a world of sense.

Pay-as-you-go SIM cards have their own caveats, of course. They typically require users to “check in” and use the card once every 180 days or so, keeping the SIM “alive” and providing some measure of revenue to the carrier or MVNO. If a user doesn’t access the card, any stored credit can expire, and the phone number can be rescinded. Those seem like acceptable conditions of service for our hypothetical pay-as-you-go SIM data provider.

What this world will need to enable this reality, however, is hardware support. Not a dedicated device, but a concerted push from Qualcomm, Lenovo, Asus, and any other vendors who want to nurture an always-connected future. It may mean funding a startup, or at least injecting some business capital into a consortium. It needs laptop makers to ship a 4G option, and carriers to support it. At the same time, customers have to vote with their wallets for connected PCs that are easy to configure and inexpensive to operate.

The U.S. has the technical wherewithal to create always-connected PCs. But in the same way that the domestic television industry seems stuck at 1080p while the rest of the world marches toward 4K and even 5K, PC connectivity seems constrained by the status quo. Establishing a pay-as-you-go SIM model would be a step in the right direction.