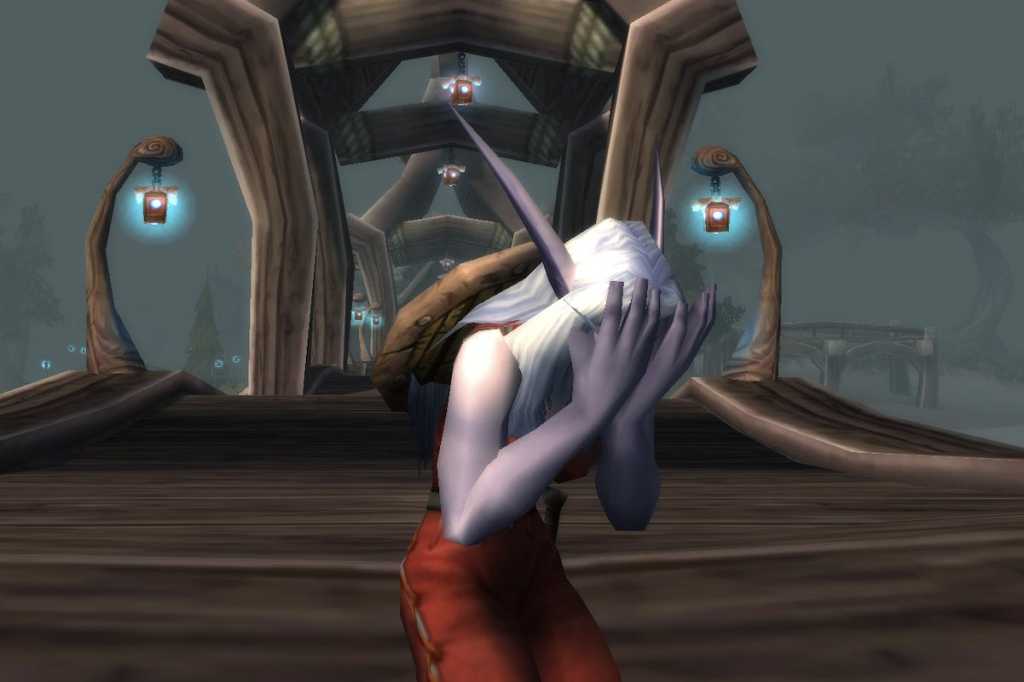 Few of us ever get a chance to start over from scratch, but last night World of Warcraft players got exactly that with the launch of WoW Classic.

Blizzard Entertainment’s “newest” game is essentially the popular massive multiplayer online roleplaying game exactly as it played in 2004, right down to molasses-paced quest text, a dearth of quest markers, and enemies so tough that you feel compelled to group up with other players to beat them. Together, features like these made World of Warcraft’s earliest incarnation more social than its current form, and almost 15 years ago they helped lay the foundation for some of the most enduring friendships of my life.

Yet it’s important to remember that Classic isn’t a hard reset—a reboot that gives us a truly new game with wildly different storylines with content patches. So far, at least, Classic looks as though it’ll be the same World of Warcraft we knew all those years ago with roughly the same patch schedules and combat class nerfs, although hopefully with fewer bugs. It’s no doubt popular, as last night’s massive login queues and Twitch numbers confirm: At one point, more than one million people tuned in to watch folks slowly slaughter 30-50 feral hogs and find themselves slaughtered by Hogger.

But World of Warcraft Classic also feels like a rejection of everything that has kept WoW a relevant cultural phenomenon in the first place. On Blizzard’s end, it slightly looks like surrender, or at least the partial closing of a door. Now that the original “Vanilla” (as we called it) game is hosted on the official game itself—instead of on rogue servers like Nostalrius Begins, which helped spur the creation of WoW Classic—it diminishes WoW’s status as a successfully versatile cultural force.

Nothing has kept WoW relevant so much as its success in adapting itself to changing tastes, audiences, and play styles. At BlizzCon, even in the wake of other successful Blizzard games like Overwatch, World of Warcraft still gets many of the biggest cheers.

Sometimes Blizzard will stumble with WoW’s design as it did with some of the progression mechanics in the current Battle for Azeroth expansion or the garrisons in 2014’s Warlords of Draenor, but it usually manages to redeem itself with a followup patch (as it largely does with the latest Rise of Azshara content drop in the main game). Some of WoW’s changes over the last decade have felt excessive (or at least unnecessary), but I highly doubt WoW would have retained so much of its popularity had it clung to the same design we find in Classic. And by any realistic measure, World of Warcraft is one of gaming’s most stunning success stories.

Part of that success, though, has a lot to do with the fact that the game’s official timeline has unfolded in one unbroken line from 2004 until now. Most games feel anchored to a certain point in history, or—like, say, The Witcher 3—have a timelessness springing from the fact that you can play them over and over again so long as you have a supporting system.

World of Warcraft, though, has a dedicated high-population multiplayer base, a constantly evolving storyline and world, an old age for a game, and a sustained faction rivalry that give it a linear history that few other games have. Combined, all these factors help World of Warcraft feel more like a real world than many other persistent worlds.

This is a special thing, and it’s unmatched by any other game save perhaps EVE Online. You’ll find similar situations in other MMORPGs like EverQuest and Final Fantasy XIV (and even Second Life), but those games usually lack one of the critical ingredients outlined above. This sense of a long, shared history and a persistent world is critical to WoW’s continued success; it makes it feel like a place we can always go home to. It sometimes even leads me to think of my character as an extension of myself. I was a member of one of the better-known guilds back when this content was fresh—we had a handful of world-first and -second raid boss kills, and a truckload of server firsts—and the mage I used in those means a lot to me. I keep him “retired” on a ranch so he’ll be happy even though I play another class these days.

This sense of a linear history that mimics what we find in the real world is what spurred the concept of the “good ol’ days” in WoW to begin with. It makes looking at screenshots feel like looking at photos from the past. World of Warcraft has definable eras, much as the real world, and it’s lasted for so long that you can even point to different generations of players. This linear history lent power to the stories of “how it used to be.”

WoW Classic, though, shatters this concept of a shared history, and as Classic ages, it’ll be increasingly hard to tell whether someone is referring to Classic or the “real” version from the mid-2000s. And with that, its world feels a little less “real.”

Nothing left to discover

That’s a shame, as Classic will always lack one of the key ingredients that made the original so appealing: discovery. (I’ve argued this before.) In WoW Classic as it exists now, there’s nothing to truly discover.

The concept of exploring such a vast and seamless world in itself felt innovative in 2004, as the Internet was still a fun place and the idea of playing with some dude on the other side of the country still felt novel. We enjoyed sneaking into unreleased zones like Mount Hyjal precisely because we had no idea what Blizzard had planned for them. Videos took ages longer to download in the days before YouTube, and so we all kept our boss strategies close to the chest and experimented with occasionally wacky tactics. (We once tried to tank the fire lord Ragnaros with a hunter because it seems liked maybe that was the trick. It didn’t work out so well.) Even gear was a mystery, and so whole books’ worth of text were written with “theorycrafting” for optimizing what you wore. There was always so much to learn, and we had little idea of how our tidy “worldview” would change with the next big patch.

But there’s none of that now. There are no true surprises. Anyone playing Classic can tap a few keys and immediately know how to defeat Ragnaros through Google or YouTube. Even if one player insists on not looking up anything, there’s always going to be that one guy in the group who looks up a strategy and tells everyone about it out of impatience. We know exactly when this or that ability will be removed from the game. We even know exactly which items will sell best during specific patches, so even the economy lacks mystery. In a weird meta way, playing Classic feels a bit like roleplaying the roleplaying game. Or worse, it’s a little like trying to watch Game of Thrones again with the knowledge of knowing how it ends and being unable to forget the disappointments waiting down the line.

For most of its history, Blizzard’s approach to WoW showed it adeptly understood the old Latin adage that the times are changing and we are changing with them. Classic rejects that change. That makes it a good fit for the current tendency to wallow in nostalgia—and to our detriment. At the most benign, this tendency makes us believe things were better in the past in part because we fail to account for the conditions that color that perception. At the worst, it leads to cynical attempts to cash in on that perception while doing little to move forward. Classic feels like it touches a bit of both of those ends.

Through a dark portal

I believe WoW Classic is most helpful for the ways it shows enough time has passed that players are ready to once again embrace the system design of the original game. Rather than releasing Classic, though, I wish Blizzard had simply experimented with reintroducing old systems into the next mainline expansion—although I well remember the blowback when Blizzard tried to reintroduce crowd control-heavy dungeons in the 2010 Cataclysm expansion. And now that Classic seems like a hit—although I’m intensely curious to see what the reception will be like two months from now—maybe some of those ideas will still spill over.

But I worry the damage has already been done. WoW Classic is already splitting some of the community. Aside from copyright issues, “classic” servers were fine when they existed only on rogue platforms like Nostalrius Begins, but hosting them on the official client opens an entirely different can of worms. From a personal angle, I have one friend who’s been playing the mainstream game constantly since 2004 who now says he’s “switched over full time” because he likes Classic a “billion percent more than current retail.” Classic essentially introduces another faction rivalry aside from that of Alliance and Horde—the Classic players versus the mainstream players—and so slips a little too neatly into the modern proclivity toward tribalism.

The next time WoW has an unfavorable content patch, people may just say “to hell with it” and play Classic instead. That means we may see the end of the WoW community that, much like people in the real world, has stuck together through the good and the bad times and held out hope that better things await down the road. As for me? I prefer to look forward rather than behind.

I have little doubt that Classic will be a financial success. But as for World of Warcraft’s place as an evolving and relevant cultural phenomenon? We may be looking at an end.