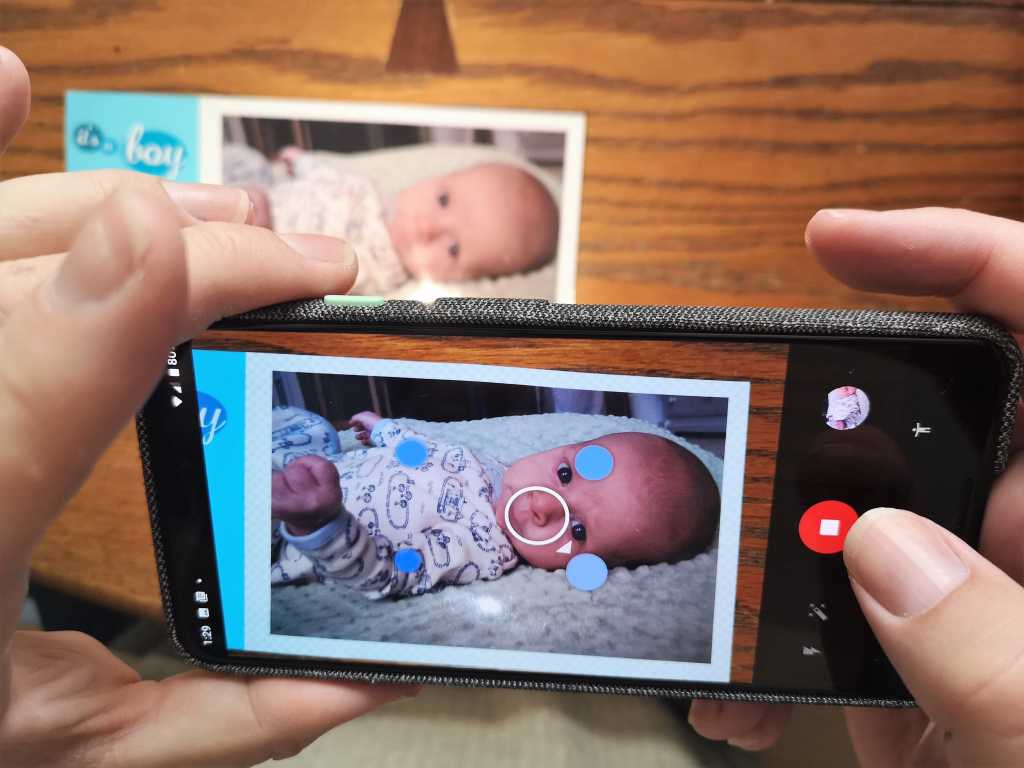 Scanning photos into digital copies isn’t just for old photo albums. These days, you’ll often have to decide whether to buy an expensive digital version of school photos, not to mention weddings. But why spend extra money when you have a photo scanner in your pocket?

Google PhotoScan is an app both for Android and iOS, and works by using your phone’s camera to take several photos of a print photograph, using intelligence to stitch them together and mark the edges of the photograph. The photo stitching also works to eliminate glare from your phone’s flash, though a well-lit photo using natural light delivers the best results.

To be fair, a native digital image will present the clearest, sharpest results. And if you have a dedicated scanner, or a multifunction printer with a scanner attached to it, that option should definitely be explored. But scanners cost money, as do the rights to digital images—the local photography service charged me $17! Instead, explore what your phone’s own camera can do before ponying up for that Instagram post.

How to scan a photo with PhotoScan in 3 easy steps

First, download Google PhotoScan for Android or PhotoScan for iOS. Google doesn’t place any restrictions on what devices you can use with PhotoScan, though you’ll need Android 5.0 (Lollipop) or higher. Of course, you’ll obviously need a photo, glossy or not. Google doesn’t seemingly place any restrictions on size, though I’ve only used smaller 3×5 and 4×6 prints.

Second, begin scanning. When you launch the app, PhotoScan shows you what to do: Shoot the entire print inside the frame of your camera. PhotoScan will then superimpose four smaller circles over the image of the print, and ask you to move PhotoScan’s “targeting” reticle over each. (Again, the short tutorial clarifies this nicely).

Don’t worry if you don’t precisely align the targeting reticle over each of the targets, as it didn’t seem to make any difference in the clarity of the finished image. The circles tended to jump a bit as I aligned them, too.

PhotoScan also allows you to define the corners of the image after the image is captured. This came into play only if I used PhotoScan with a print set against a light background, which made it harder to distinguish the edges.

What does seem to affect the image, however, is the lighting. I shot the same photograph inside in an unlit, draped room, using my phone’s light to illuminate the image. I then went outside and photographed the same print in the afternoon shade, with marked differences in color. The outdoor one looked a bit more washed-out in places, though the color also appeared to be more true to life. It might be worth experimenting to determine what works best. Note that there’s a “magic wand” icon to turn on or off PhotoScan’s ability to compensate for the camera’s flash.

PhotoScan also appears to cut down the resolution. Though I shot the photo using a 12.2MP camera on the Google Pixel 3, the scanned photo saved in 3,000 x 2,000 resolution.

Third, post-processing. Just kidding! There is no step three, at least in the PhotoScan app. PhotoScan saves the photo on your phone, which allows it to be backed up automatically into Google Photos, Microsoft OneDrive, or Apple’s iCloud. Any post-processing—adjusting the contrast, color, or red-eye—must be done using an app like Windows 10’s Photos app, Google Photos, Lightroom, or something similar.

That’s it, though. PhotoScan is designed to be simple and intuitive, and it is. Give it a try yourself, using an old photo. The results may surprise you—and be good enough that you can save some money on future photo shoots.