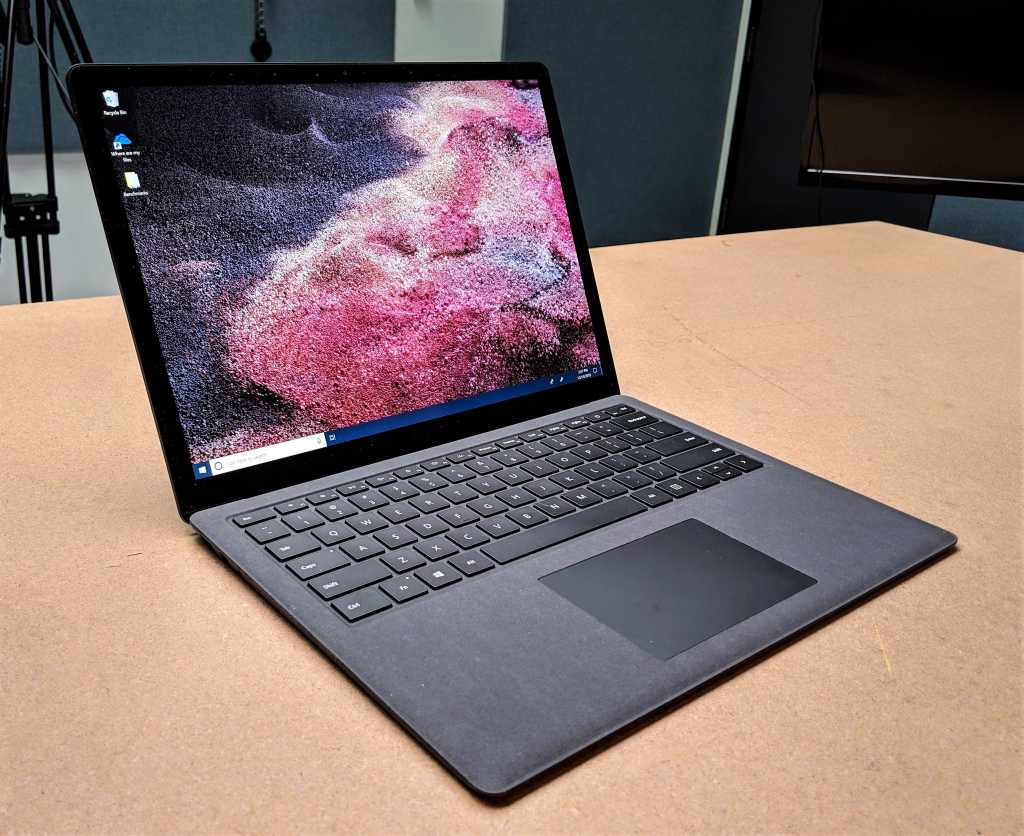 Set Amazon’s one-day PC sale aside for a moment, and consider: If you’re looking to cash in on a current-generation Surface before the next-gen hardware is announced, now’s the time to buy.

Microsoft has scheduled a “Microsoft event” in New York City on October 2, the traditional time and place for new Surface hardware. It’s been a year since Microsoft launched the Surface Pro 6 and Surface Laptop 2, and a bit longer for the Surface Go. That’s always a good sign that retailers will be trying to clear their shelves of older hardware, and that’s the case today: All three are 20 to 30 percent off today on Amazon. Similar discounts are available on the two-year-old Surface Book 2, too.

Here’s a refresher: the 10-inch Microsoft Surface Go is Microsoft’s smallest Surface, powered by an Intel Pentium Gold (Atom) processor. The Surface Go is the closest thing to what we’d call a true tablet, because the compact 10-inch form factor is comfortable to hold one-handed and use with the included keyboard. Performance suffers somewhat, but if you’re looking for a basic Office/web tablet, the Go suffices.

Microsoft’s Surface Pro 6 and Surface Laptop 2 did little more than bump up their respective processors to either an 8th-gen Kaby Lake R Core i5 or Core i7, as well as add an attractive black color. (Here’s PCWorld’s Surface Pro 6 review as well as our Surface Laptop 2 review, for reference.) Microsoft’s Surface upgrades might not have been so tempting a year ago, but it’s great news if you’re looking for either a Windows tablet or an all-purpose notebook.

It’s worth noting that these are all being sold by a third party, through Amazon—though they’re likely facing the same pressures to unload their inventory as every other vendor is. You also may not have your choice of color, either.

Amazon lists just one Surface Pro 6 model available: the Surface Pro 6Remove non-product link Core i5/8GB/128GB model for $862.59, 19 percent off the usual list price. At this point, there aren’t too many Windows tablets out there, and the Surface Pro 6 is an excellent choice. It comes bundled with a Type Cover, too!

The Surface Go may be a one-day deal, but the Surface Pro 6, Surface Book 2, and the Surface Laptop 2 discounts are not. And while we wouldn’t recommend waiting for other, more substantial discounts, it’s probably fair to say that vendors are eager to unload the older Surfaces now, rather than later. Put another way, it’s rare to see Microsoft or other vendors still selling the first-gen Surface Laptop. (They’re out there, though—Amazon sells a “renewed” Surface Laptop Core i5 (7th gen) / 8GB / 128GBRemove non-product link model for $634.)

What can we expect in any new Surfaces? It’s a bit more confusing this year than most: Laptop makers can choose from Intel’s Comet Lake and Ice Lake chips, Qualcomm’s Snapdragon 8cx, AMD’s Ryzen Mobile, and more. If the Surface Book 2 includes a discrete GPU, Microsoft might select a mobile Nvidia RTX chip—or go with its older hardware. That may mean waiting around to explore your options…but there’s no guarantee that these discounts will live forever, either.