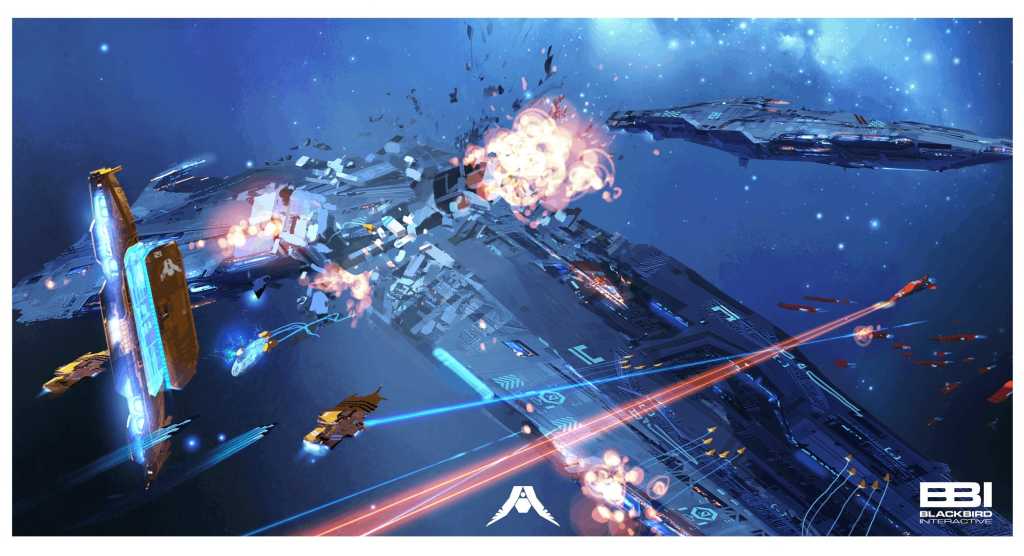 When Gearbox released the Homeworld Remastered Collection in 2015, I think fans collectively held their breath and thought “Well, what’s next?” The answer was 2016’s pseudo-sequel, Homeworld: Deserts of Kharak, which brought concepts from the spacefaring RTS down to ground level. There hasn’t been what you’d call a “proper” Homeworld sequel in nearly two decades though.

But there’s going to be, and soon. Today Gearbox and Homeworld Remastered/Deserts of Kharak developer Blackbird Interactive launched a crowdfunding campaign on Fig for Homeworld 3. As the name implies, this is a full-scale sequel to 2003’s Homeworld 2, and a return to the space combat people know and love.

The crowdfunding campaign itself is a bit of an anomaly, as the goal was a measly $1. Surprise surprise, Gearbox managed to raise that and then some. As I write this the campaign is over $84,000. In other words, Homeworld 3 is a lock to happen…eventually.

As the campaign says though, “We’re incredibly early on in this project—only a few months into pre-production.” Thus, the crowdfunding is less about raising money and more about getting the community involved—or at least that’s how Gearbox spins it.

“This is your chance to tell us what you expect of Homeworld 3, including its features, priorities, and even what the collector’s edition will include. We’ll share the data we’ve received from you throughout the game’s development and show how its influenced the scope and priorities of Homeworld 3. It’s a unique experience that only Fig can offer and we’re excited for the most open development process in both Blackbird’s and Gearbox’s history.”

Of course, shaving a few hundred thousand dollars off the development probably doesn’t hurt either.

Regardless the main news item is that it’s happening. I’m surprised Homeworld 3 is so early in development, given Deserts of Kharak is a few years old now, but sometime in the next few years (Gearbox says it’s aiming for 2022) there will be a brand new Homeworld for a new generation. That’s pretty amazing, especially since nobody’s really duplicated Homeworld to this day—no spiritual successors, nothing.

You can head on over to the Fig campaign to get more details. There are the usual spate of backer rewards and so forth, for those who want to get involved. That said, the game’s already funded so there’s no harm in waiting to see where it ends up.