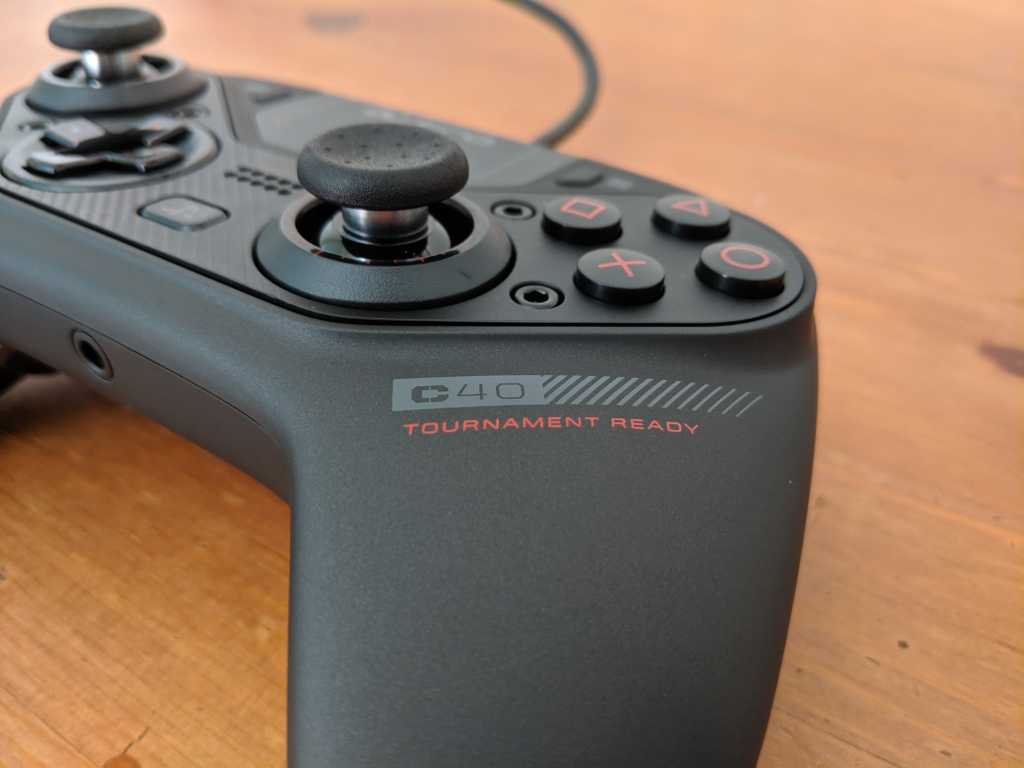 The Astro C40 gaming contoller comes from a company far better known for its headsets. For years, save for the odd dabble in lifestyle gear, headsets have been Astro’s claim to fame.

Maybe it’s time that changes, though. I’ve spent the last month or so playing around with the Astro C40, and while it’s not a perfect device, it’s clear Astro’s trademark attention to detail could benefit all sorts of premium peripherals.

Of course, it’s going to cost you. Astro’s headsets are generally not cheap. Neither is the C40, retailing for a staggering $200. For context, that’s about three times the cost of a normal PlayStation 4 controller, and $50 more than Microsoft’s high-end Xbox One Elite Controller.

That said, the C40 is about on a par with SCUF’s PS4-compatible Vantage line, and isn’t too much more expensive than Razer’s Wolverine. Premium controllers are pricey.

The C40 does quite a bit to justify its price tag. It’s built like a tank, first of all—but a tank wrapped in clouds. It’s hefty, but covered in soft-touch plastic that’s every bit as luxurious here as it is on Astro’s headsets. When we received the Xbox One Elite Controller a few years ago I fell head-over-heels in love with it. The C40 is the first rival I’ve found that had the same immediate, out-the-box impact. It feels like a $200 controller.

It also has some tricks I haven’t seen anywhere else. The C40’s main gimmick? It’s a PlayStation 4 controller that’s happy to accommodate Xbox fans. By default the C40 ships with the PlayStation 4’s standard layout, meaning two analog sticks side by side. Dig around in the case and you’ll find a small hex driver though, with which you can remove four screws and subsequently a boomerang-shaped plastic faceplate.

Once removed, the analog sticks and D-pad pop right out. In a matter of seconds you can rearrange this PlayStation 4 controller so it has the offset analog sticks of an Xbox controller.

The C40 isn’t the first PlayStation controller with staggered sticks—the SCUF Vantage line I mentioned earlier features an Xbox-like layout. The ability to go back and forth is new though, as you could just as easily swap back to a PlayStation layout for certain titles.

Will you? Hard to say. I feel like it’s probably a change you make once and then it’s done. I strongly prefer the Xbox’s stick arrangement, and I’m sure Sony’s DualShock 4 devotees feel the same in reverse. It’s hard to imagine anyone going through the cumbersome unscrew-and-swap process day after day, but…well, the option’s there.

Another trick that’s unique to the C40: It includes its own wireless transmitter. The PlayStation 4 usually connects through Bluetooth, but Astro’s omitted that from the C40 in favor of a 2.4GHz wireless transmitter. That might be annoying for PlayStation owners, and it’s definitely a bit odd there’s no Bluetooth support, but it comes with benefits on the PC—namely lower latency and higher reliability.

As a side note, Bluetooth is usually reserved for high-end desktop motherboards, so it’s great to have a device that works seamlessly with what’s in the box. No additional Bluetooth dongle purchase required—nor do you need to buy a separate proprietary wireless dongle, as you would for the Xbox One Elite Controller. Factor that in, and you’ve narrowed the price gap between the C40 and Elite.

It’s worth noting that the C40’s battery life is fantastic. Sony’s first-party controllers are notorious for pretty poor battery life. Even brand new, you’re lucky to see six to eight hours per charge. Astro lists the C40 at 12 hours or more, depending on rumble intensity and so forth.

Anyway, the rest is pretty standard for high-end controllers, even if it seems like a novelty to those upgrading. The C40 includes three pairs of analog sticks: concave, convex, and a set of taller sticks, one concave and the other convex. I’ve heard scattered reports that wear and tear on sticks is happening faster than you’d expect, but I haven’t noticed any problems myself yet.

On the rear you’ll find trigger stops, enabling either full-analog trigger pulls (for racing games, etc.) or shorter on/off activations (for shooters). Above that are two additional sliders: One swaps between wired and wireless modes, the other between two profile configurations.

The C40 also includes two grip buttons built into the rear of the controller, which can duplicate the face buttons or be mapped to clicking in the sticks, the latter of which I appreciate. And while it’s probably easiest to do any remapping within Astro’s software, there’s also a button on the rear that allows for on-the-fly changes. That’s a neat novelty.

Let’s talk about Astro’s software though, because it’s a pretty versatile tool for enthusiasts. Remapping is probably the function people will use most, and it’s worth mentioning you can remap any button. Want to swap the D-pad and face buttons for some reason? Or map the bumpers to the D-pad? You can.

Astro also includes force graphs for the triggers and sticks, and it’s here you can really dig into the C40 and make it your own. For instance, you could make it so moving the stick even 20 percent of the way is equal to a full 100-percent tilt, or give yourself a larger dead zone for additional finesse. The same goes for the triggers: Those generally need less tweaking, but you can make sure you have a 100-percent pull at the trigger stops no matter what game you’re playing.

My one complaint: You need to plug in the C40 to tweak it, but if you have the wireless dongle plugged in as well then the software defaults to trying to update the dongle’s firmware, with no way to click past and see the controller settings. You need to unplug the dongle. Not a huge deal, but it’s definitely confusing and unintuitive. At first I thought I’d somehow bricked the C40.

The only thing that holds me back from wholeheartedly recommending the Astro C40 is its price. $200 is a lot of money, even for a high-end controller. To its credit, the C40 does more than the Xbox One Elite Controller and SCUF’s various offerings, but is it enough? Hard to say—especially on PC, where the Xbox controller is still the default for most games.

Still, I have so few problems with the C40 itself. Great battery life, reliable connectivity, durable build quality, trigger stops, grip buttons…the C40 does it all. Plus, it’s a PlayStation controller you can set up with offset sticks. There are cheaper ways to accomplish that, but I’m not complaining. If you have the money to spare, the C40 is probably the best third-party controller available today.