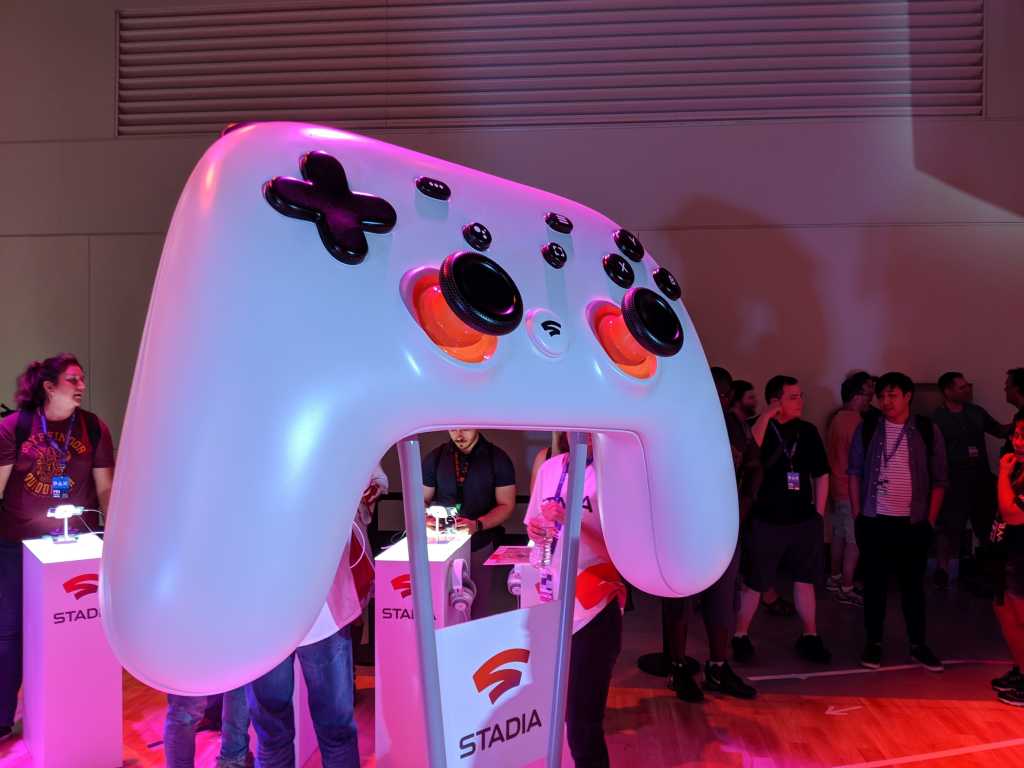 We finally got a chance to play some games over Google Stadia, and it’s clear that cloud-based gaming has come a long way since the days of OnLive—though the games that Google is using to showcase its upcoming service leave a lot to be desired.

Let me be clear: We won’t pass judgment on Google Stadia until we’re able to test it on real-world networks, preferably a number of them in a bunch of different locations. Having written about how PlayStation Now works great in the San Francisco area, I’m nevertheless very conscious of the fact that it’s terrible in large swathes of the United States and the world, and while I expect Stadia will be better than PlayStation Now, it’s still impossible to know how much better until we’ve spent a lot of time with it.

That said, I went hands-on with Stadia at PAX West this past weekend. And my takeaway? It works both better than I expected and worse than I’d like.

Google’s got something to prove. Ever since it revealed Stadia back at GDC, Google’s been showcasing the streaming service with latency-sensitive games that shouldn’t work well streaming from the cloud—fighting games, shooters, and other snap-reaction genres.

That trend continued during PAX. When I picked up the controller this past weekend I was presented with back-to-back demos of Mortal Kombat 11 and Doom Eternal, running over a connection that was artificially limited to 25Mbps. That’s slightly more than the 10Mbps that Google requires for Stadia at 1080p, but I was told that 25Mbps is a good target for those who want rock-solid streaming at that resolution.

And you know what? Both games were totally playable. I played a single Scorpion versus Sub-Zero match in Mortal Kombat 11 and came away the victor, and in Doom Eternal I fought my way through two areas before running out of hands-on time.

If you don’t have any gaming hardware and don’t want to invest in any gaming hardware, Stadia will work—I think. As I said, there are a ton of factors at play here, including the stability of your home connection, whether you’re playing wired or wireless, how far you’re located from a data center, and et cetera. But as a proof of concept, my PAX demo served its purpose.

Google’s not doing itself any favors by leading with Mortal Kombat 11 and Doom Eternal though.

When I was in college, I didn’t have a PC that could run The Witcher. Instead I played the entire game through OnLive. And despite the comparatively primitive streaming of a decade ago, it worked! The Witcher isn’t built for precision, doesn’t require any quick movements or pinpoint timing, nor is the action the central draw of the game.

A bit of latency here and there doesn’t really matter in other words, and as a result games in the vein of The Witcher are perfect for streaming. Google was smart last year, testing what eventually became Stadia with Assassin’s Creed: Odyssey. The word from those initial forays was fairly positive, and indeed I think Stadia will work great for games like Odyssey.

And the truth is rather more complicated. Can you play those games? Sure. Is it a good experience? Debatable. Is it the optimal way to play? Absolutely not. Even in a demo setting, both Mortal Kombat 11 and Doom Eternal felt more frustrating playing on Stadia.

In Mortal Kombat it mostly manifested as dropped combos and missed blocks. Fighting games require split-second timing, down to the specific frame in certain cases. You can still stumble through a match on Stadia, but there’s a feeling of imprecision, a sense there’s something slightly “off” compared to the responsiveness of a local machine. I also felt like I was dealing with an unstable connection at points, latency increasing and decreasing at random. This variance was especially noticeable in the character select menu—the perfect place to test how quickly the cursor responds to button presses.

Doom is harder to judge because I was playing on the Stadia controller. Google’s gamepad has an advantage over standard inputs, in that it connects directly to the network—in our case, wired into Ethernet—instead of passing through a middleman.

On the other hand, I was stuck playing a shooter with a controller. Not my strong suit.

Still, I can’t chalk all my misses up to the analog sticks. I’m no crack shot with a controller nowadays but I know how to use one, and played Halo, Call of Duty, and so forth on consoles for many, many years. Doom’s fast pace presents a real challenge for Stadia. Enemies move quickly, and you end up having to anticipate where they’ll be a half-second after you pull the trigger. Tracking shots are the easiest to nail because your brain can sort-of adjust to latency on the fly, but it’s still maddeningly imprecise.

And I found platforming even more challenging than shooting, if you can believe it. There was a section in the second demo area where I had to hit a series of precise jumps, an obstacle I’ve seen in dozens if not hundreds of video games over the years, and I kept overshooting the target and falling into the void.

Overshooting. Why? Because I was holding forward until what I saw on-screen matched where I’d usually let off the stick on a local machine. By that point I’d already sent about a half-second too much movement to the server.

Right before OnLive shut down, I remember trying to play (I think) Metro 2033 through the service. It was an utter failure, the latency causing my aim to lurch around like a drunk on a boat, passing left and right across enemies and never settling. I gave up after maybe ten minutes.

So I want to be clear, Stadia’s a hell of a lot better than OnLive. Streaming infrastructure has improved immeasurably in the past decade, and I find Stadia genuinely impressive in that regard. You could play Doom Eternal on it, or even Mortal Kombat.

“Could” is a low bar though. If that’s all Google’s hoping to prove, then congrats, they’ve done it. But if instead they’re trying to demonstrate that Stadia is a good place to play fighting games, shooters, and such? I don’t think they’re there yet. Maybe they never will be, at least not for people (like myself) who are used to playing these games locally, and thus are susceptible to noticing latency fluctuations.

Again, that’s not our final verdict. Stadia’s not even due to release in limited Founder’s Edition form until November, and it’ll be some months after that when the service is expanded to the general public and to all Chrome-enabled devices. There are, and I can’t stress this enough, so many variables at play. Hell, our demo was limited to 25Mbps while here in San Francisco I have a gigabit connection, wired straight into my PC and TV. Will it matter? Will it help? Will it change my mind? I certainly reserve the right to do so once we’ve put Stadia through its paces at home.

For now, I’d like to reiterate that it’s both more and less impressive than I expected. More, in that it seems like a rock-solid streaming service for games like Assassin’s Creed and Baldur’s Gate III, games where an extra half-second of latency doesn’t matter. Less, because Google keeps pushing Stadia with titles like Doom and Mortal Kombat that seem distinctly unsuited to its strengths, even if they run better than they have any right to.

Check back in November. I’m sure we’ll have plenty more to say about Stadia then.