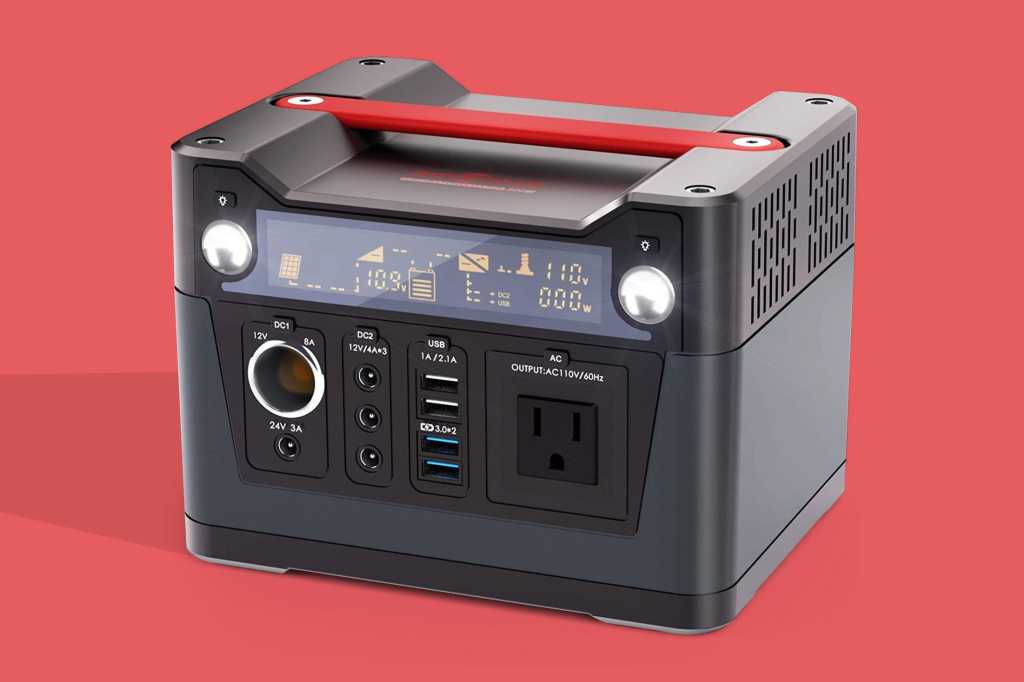 The RockPals 300W Power Station is a beast, sporting a plethora of ports and performing with exceptional efficiency. It’s a handy backup power source to have in an emergency.

Admittedly, RockPals isn’t a company I had heard of prior to receiving a sample of its 300W portable power station and the $199 100W solar panelRemove non-product link accessory, but I have a feeling we’ll all be hearing the name a lot more.

For the past few weeks, I’ve been using and testing the company’s $299 300W portable power station, including on a camping trip and briefly using it to power the lights in our camper. Everything worked fine until someone turned on the microwave, pulling over 1,200W and shutting down the power station (precisely what it should do).

The 300-watt Portable Power Station has 280 watt-hours (Wh) of capacity, weighs 7.3-pounds, and has a total of 10 different ports. There are two LED flashlights on the front, and an LCD screen that details the current charge level as well as output to the various ports.

On the front of the power station is one 12V port, one 24V/3A DC port, three 12V/4A DC ports, two USB ports with QuickCharge 3.0 compatibility, and two more USB 1A/2.1A ports. There’s also a standard 120V AC outlet, similar to what’s in your home. Each section of ports can be turned on with a dedicated button, activating the LCD display to provide the current voltage and watts being used.

On the back of the station is a 110V AC input for charging the station (the required cable is included in the box) and a DC12-24V input for those who use the RockPals solar panel (sold separately) to charge the power station. Ideally, the solar panel will be used to keep a device charged or topped off while you’re camping and not as the primary means to recharge from empty.

The 300W Power Station has a rugged look to it, with a handle that slides out of the top when lifted. The bottom has four rubber feet to hold it off the ground.

Charging the station via the 110V connection is the fastest method, taking 4 hours and 15 minutes. The amount of time it takes to charge the station using the 100W solar panel will vary, depending on the amount of sun the panel is exposed to. I tested it twice: once in bright sun the entire time, where it took 6 hours and 27 minutes; the second time, the panel was partially shaded for a few hours and it took over 12 hours to charge the power station.

Testing the efficiency of the power station, completely draining the battery from 100 percent to empty and monitoring the watt-hours used, this power station is now the most efficient out of the three I’ve tested thus far, using 92.10 percent out of a total of 280Wh capacity.

Overall, the RockPals 300W Power Station has enough ports to power almost anything you’d need, and enough capacity to keep your devices going over a long weekend, or provide light through an extended power outage.