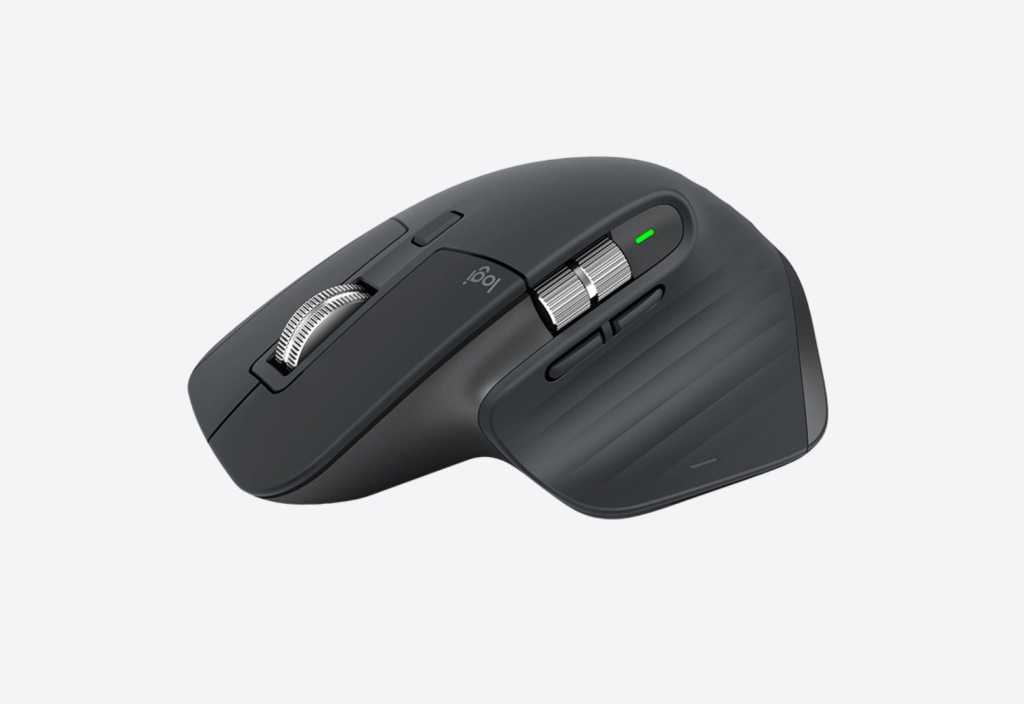 On Wednesday, Logitech announced the Logitech MX Master 3, its next-generation intelligent mouse, and the MX Keys wireless keyboard. Both are expected to ship in September and will cost $100 apiece.

The 4,000dpi MX Master 3 mouse features a new MagSpeed mouse wheel, which the company claims is 90 percent faster. Unfortunately, like before, the MX Master 3 is optimized for right-handers.

The MX Master 3 costs the same as its excellent predecessor, the Logitech MX Master 2, and it’s visually nearly identical as well. The two-tier mouse features a traditional two-button layout on the right, with the clickable Magspeed wheel. On the left, there’s a “shelf” to rest your right thumb, complete with a gesture button, two more buttons to navigate front and back, and a clickable horizontal scroll wheel. Some mice are designed for your fingers to perch upon, but the MX Master series is designed to cup your palm and to take more of the weight of your hand.

The MX Master’s traditional selling point remains: Logitech Flow, the Logitech-specific software that allows you to move the mouse “off” the screen of one computer—Mac, Windows or Linux—and onto another. Flow also allows you to cut and paste text between PCs (something that Windows 10’s “cloud clipboard” feature also does, but only between Windows PCs). Logitech’s software also allows you to re-map buttons and contains custom configurations for various software packages.

The MX Master 3 now uses a USB-C interface for charging. Logitech claims you can power the MX Master 3 for three hours on just a one-minute charge, or for 70 days after a full charge.

Logitech designed the new MX Keys keyboard to accompany the MX Master 3. The Flow-compatible MX Keys is a low-profile Bluetooth keyboard designed to be as quiet as possible. Its keys are designed with deep dimples to ease typing. It, too, is powered with USB-C, and can run up to five months with no backlighting.