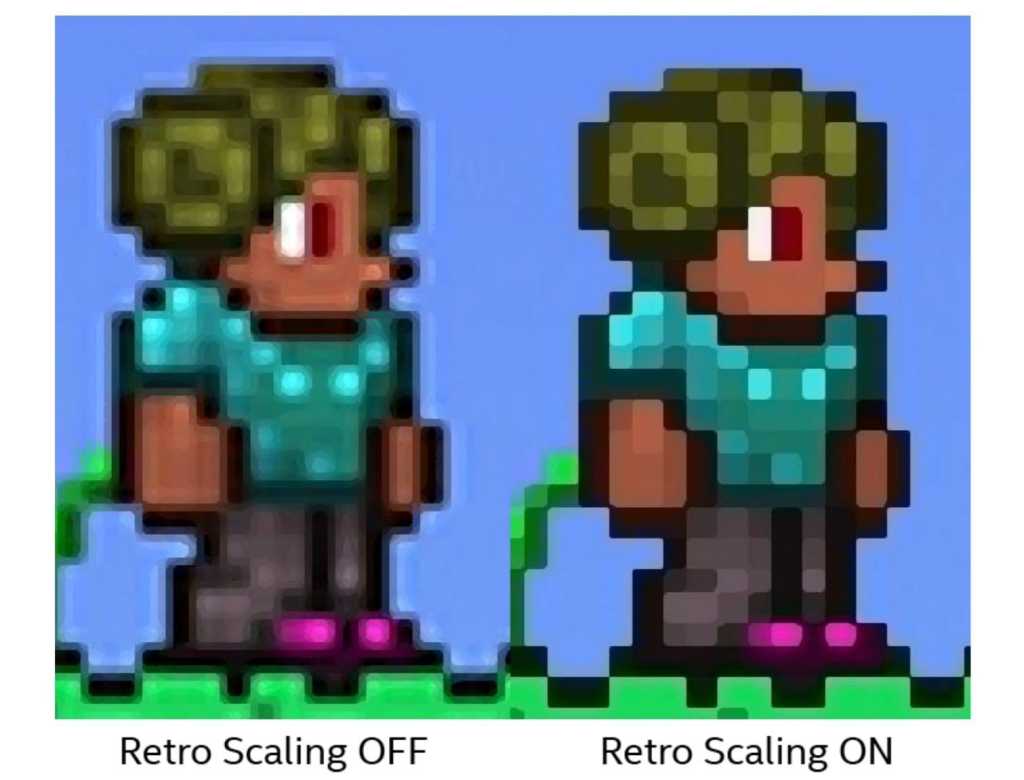 The driver’s release notes detail the settings activating each option in the Intel Graphics Command Center, and the pros and cons of both integer scaling and NN interpolation:

Off: This applies standard display scaling, which can make pixel-art graphics look “fuzzy” on modern displays.

Fixed Width: This is what is commonly referred to as “integer scaling” and will deliver optimal sharpness but may lead to sub-optimal display area utilization when there is a mismatch between the aspect ratios of the game content and the display.

Scaled Width: This is known as “nearest-neighbor interpolation” and delivers similar benefits to the Fixed Width option, but in instances where the display’s aspect ratio and the game content do not match, this will scale the content to better utilize display area. This setting may introduce slight distortions in such scenarios due to the application of fractional scaling.

If you’re a retro-gaming or image-scaling geek, you can find a lot more details in the integer scaling support primer that Intel released in mid-July.

Mid-July was when Intel graphics and software VP Lisa Pearce vowed to bring integer scaling to the company’s hardware. Retro-gaming enthusiasts had begged Nvidia and AMD to support integer scaling for years prior to Pearce’s promise, but those pleas fell on deaf ears. A mere two weeks ago, however, Nvidia added integer scaling to its GPUs as well as part of a massive Gamescom driver. That gave Nvidia bragging rights as the first major graphics provider to unlock the feature, but it’s hard to imagine that it would’ve been unlocked unless Intel signed up first.

Don’t hold out hope for integer scaling coming to older graphics chips, though. Pearce said that sadly, the Gen9 graphics found in Intel CPUs prior to the new Ice Lake chips can’t support the technology, and Nvidia’s implemention was similarly limited to current-gen “Turing” GeForce graphics cards as well. AMD’s Radeon Technologies Group has yet to announce any plans to support the feature. 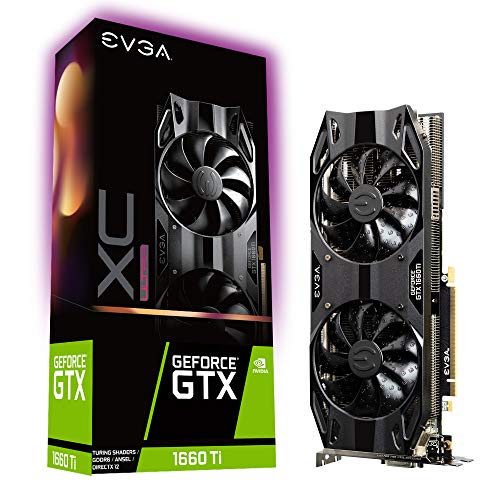 You’ll find the modern Turing-based GPUs we recommend in our roundup of the best graphics cards for PC gaming. All recommended Nvidia GeForce GPUs are built using the Turing architecture at this point. Ice Lake-equipped laptops like the new Dell XPS 13 2-in-1 are still slowly trickling out at this point, but any notebook equipped with the following 10th-gen Core Ice Lake CPUs should support integer scaling:

“Comet Lake” processors built using the 14nm manufacturing process were not listed as compatible with integer scaling. Only 10nm Ice Lake CPUs can take advantage of the feature—but both Ice Lake and Comet Lake are sold under the same “10th-gen Core” branding. If Intel’s new retro-scaling feature is a must-have feature for you, be sure to check the processor type carefully.