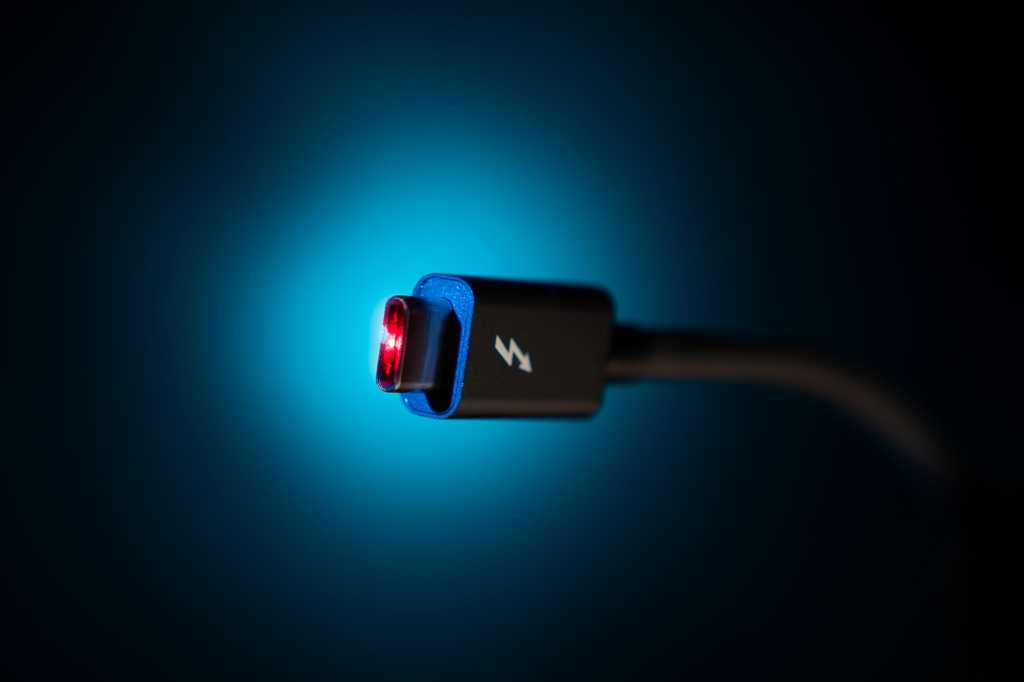 The USB Implementers Forum has published the USB4 specification, as promised, though with one disappointment: Thunderbolt support is optional, meaning that there may be confusion over which devices can support what protocol.

When the USB4 spec was announced, the revelation was that it would integrate the Thunderbolt 3 specification for display and data connectivity that Intel had developed. Intel said at the time that it would contribute the Thunderbolt specification to the USB Promoter Group, and a spokeswoman has confirmed that. Intel also said the new, higher-speed 40Gbps protocol would use a USB-C cable. That all appears to be true.

But the assumption that USB4 would always include Thunderbolt is, according to the specification, not always true. The published spec makes it clear: It’s up to USB4 device makers to support Thunderbolt.

For its part, the USB Implementers Forum released a lengthy statement clarifying the issue, and making clear that they believe many PC vendors, at least, will support a joint USB/Thunderbolt implementation.

Labeling may be an issue

Unfortunately, that doesn’t help clear up what a USB-C port “means” when consumers see it on a laptop. Does it use USB 3.2 Gen 2×2, or just Gen 2? Or the new USB4, which is also referred to as USB Gen3x2? Does it include Thunderbolt 3? Power delivery? DisplayPort?

Otherwise, there’s really no difference between USB 3.2 and USB4, as far as the data architecture is concerned—it’s still predicated on what the USB-IF calls “Enhanced SuperSpeed USB,” according to the specification.

“The difference with USB4 versus USB 3.2 is that USB4 is a connection-oriented, tunneling architecture designed to combine multiple protocols onto a single physical interface, so that the total speed and performance of the USB4 Fabric can be dynamically shared,” the USB-IF says. “USB4 allows for USB data transfers to operate in parallel with other independent protocols specific to display, load/store and host-to-host interfaces. Additionally, USB4 extends performance beyond the 20 Gbps (Gen 2 x 2) of USB 3.2 to 40 Gbps (Gen 3 x 2) over the same dual-lane, dual-simplex architecture.”

Unfortunately, that’s little consolation when trying to make sense of the USB-C ports that are becoming increasingly common on the side of laptops. A one-size-fits-all USB-C connector sounds like a good thing, but hardware makers are going to need to indicate clearly the capability of each connector, or risk frustrating customers who simply can’t remember which port does what.

This story was updated at 4:56 PM with additional comment from the USB-IF.