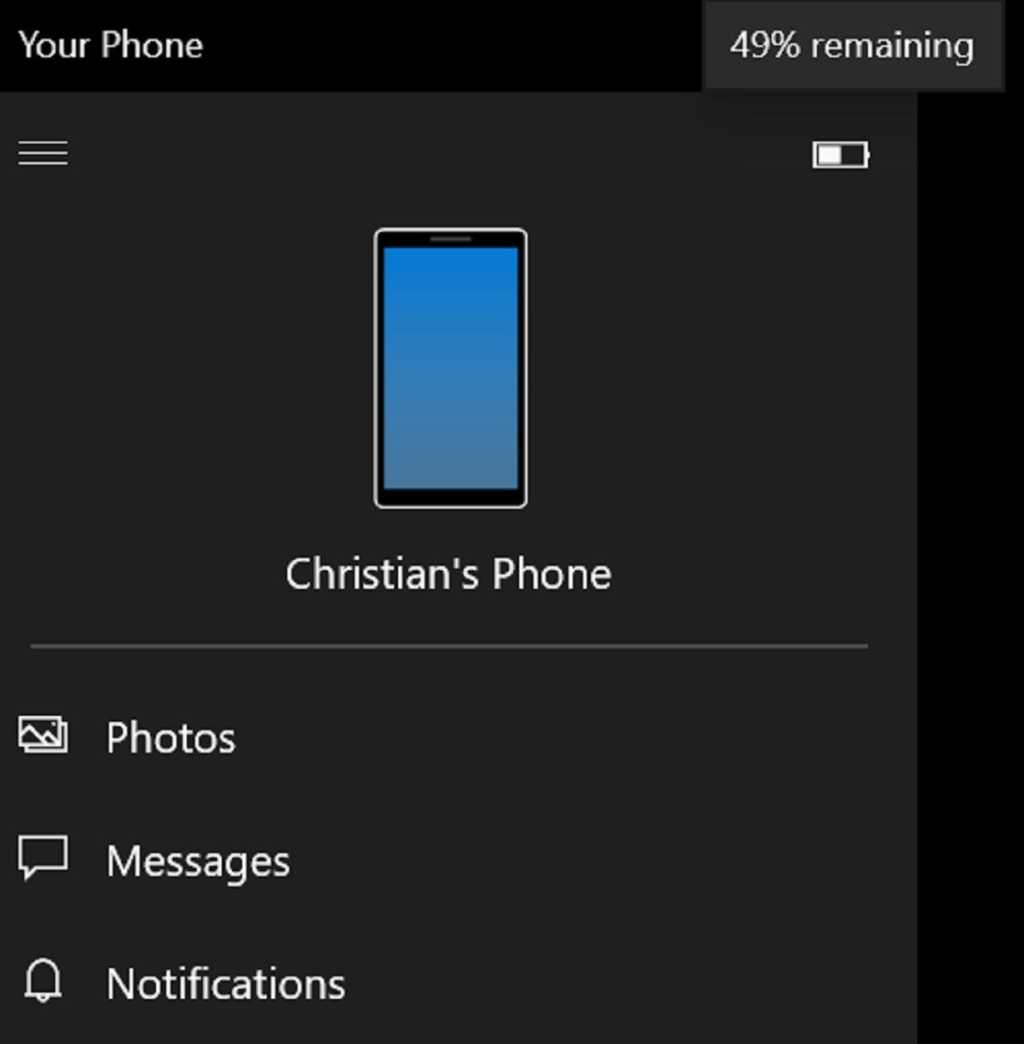 Windows 10’s Your Phone app may allow you to leave your phone in your pocket, but that’s no good if the phone quietly runs out of juice. An update to the app is adding a battery indicator, with something more exciting possibly waiting in the wings: the ability to place calls.

Analy Otero Diaz, a senior program manager lead at Microsoft, tweeted an image of the new battery feature that Microsoft is making available to Windows Insiders, the participants in its Windows 10 beta program.

Because Your Phone already sends notifications from supported Android phones to your PC, allowing you to interact with them, it’s probably fair to say that you’ve already been able to monitor your phone’s battery life to some extent—with a low-battery warning, for example. This new feature adds to your peace of mind. Diaz did not make clear what version of the Your Phone app would include the new beta capabilities, nor whether it would be rolled out as part of a more general Windows 10 update.

It’s possible that the updated Your Phone may also include another anticipated feature update: the ability to place and receive calls via your PC. When Samsung launched the Galaxy Note 10 and 10+, one of its features was the upcoming ability to place and receive calls using the Your Phone app. Microsoft has said previously that the capability would eventually arrive in other phones. When Windows 10 enthusiast and Twitter user Ajith discovered recently that the capability works on his phone, that seemed to confirm Microsoft’s plans to roll out the technology in the near future.

We expect the Your Phone updates to happen shortly, either slightly before or slightly after Microsoft’s October Surface event. Though new Surface hardware is often the focus of Microsoft’s launches, the company has recently tried to provide a more holistic take on the Microsoft ecosystem—both hardware and software.