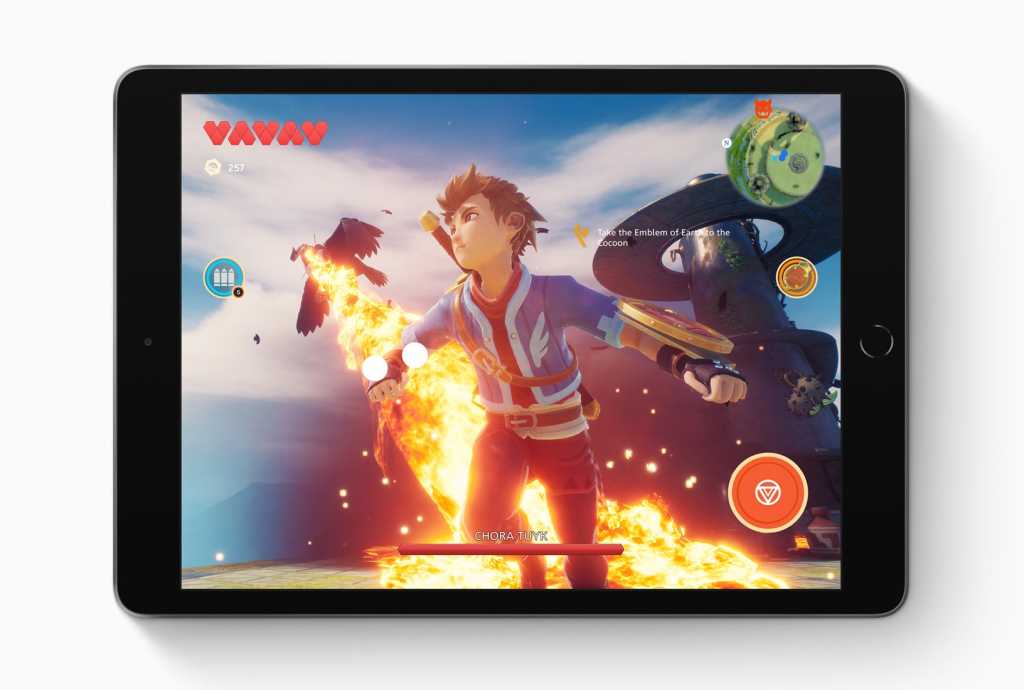 Apple just trolled the PC yet again. The solution? Ignore the troll.

On a launch day predictably blotted out by iPhones, Apple also slung a rock at the PC by saying that its newest budget iPad is “two times” the performance of the best-selling Windows PC. Lest you think that’s just a slip of the tongue, Apple has made it a prominent selling point of the 7th-gen iPad, which you can see documented below.

The average consumer is likely to see that and think the 7th-gen iPad is “two times” faster and accept it on faith and without much skepticism.

But rather than accept marketing speak at face value, you should ask yourself just what does that even mean? Is the PC a desktop? A laptop? A convertible tablet running Windows?

The Inspiron’s Radeon RX280 is just a 4GB version, but should be quite capable of playing most games at 1080p resolution comfortably. Granted, you won’t be able to play Frogger—which Apple announced for its Arcade service—on the Inspiron; but you also can’t play Counter Strike or DOTA on Apple’s iPad with any semblance of fun.

But Apple can’t actually be comparing its iPad to a desktop PC, right? No, if you dig down into the disclaimer that Apple buries in its press release, it clarifies, “when compared to the top-selling Windows PC laptop in the U.S. for the first half of 2019.”

Which laptop that is, Apple doesn’t say. PCWorld reached out to Apple to ask about the specific model used in its comparison, but has not heard back. That again leaves us guessing.

We looked up the top-selling laptop on Amazon minutes after Tim Cook ended his marketing speech and found it to be the Acer Aspire 5 Slim. It features a dual-core Ryzen 3 3200U, Vega 3 graphics, 4GB of DDR4, and a 128GB SSD. It also has an FHD 15.6-inch IPS screen and goes for $309.99. We don’t know if this is the “top-selling Windows laptop” Apple refers to, but if we were to simply compare the two on value, the Acer Aspire 5 Slim wins. After all, you get a 128GB SSD plus a keyboard and trackpad.

With the iPad, adding the Smart Keyboard takes the price to $488, and tossing in the Apple pencil for fine-grained control has you shelling out $588 for the budget iPad.

Of course, one caveat with the Acer Aspire 5 Slim is that it comes default with “Windows S Mode.” That limits you to Windows-store apps but it should technically allow you to break out of that walled garden and run standard Windows apps using the free upgrade to Windows 10.

Now, as for which device is faster, we’d say it probably depends. Apple’s A-series of ARM chips are actually very impressive. You can learn more from the last Apple’s-trolling-the-PC article I wrote: ”Why the iPad Pro really isn’t as fast as a laptop.”

Much of Apple’s magic comes from its closed ecosystem. It builds in hardware acceleration for, say, encryption or video encoding and then it highly optimizes its software to use those functions. And because Apple secures its famous walled garden with razor-wire fences and watch towers, applications that show its hardware in less-flattering light can be locked out if need be.

There will undoubtedly be certain usage scenarios where even the older A10 is much faster than a Ryzen 3 3200U. But here’s the thing: There are also going to be a lot of use cases where the Ryzen 3 3200U is much, much faster than the new iPad. They will each have their strengths and weaknesses.

Making direct performance comparisons is, frankly, a waste of time these days. If you can’t run the same application on both platforms and do the same things, there’s really no point.

In other words: Just cut it out, Apple.

After touting a “Post PC” world only to see that, no, the PC is not dead at all (and tablet sales are in decline), can’t you be confident enough in the iPad’s merits to not compare it to the PC every chance you get?