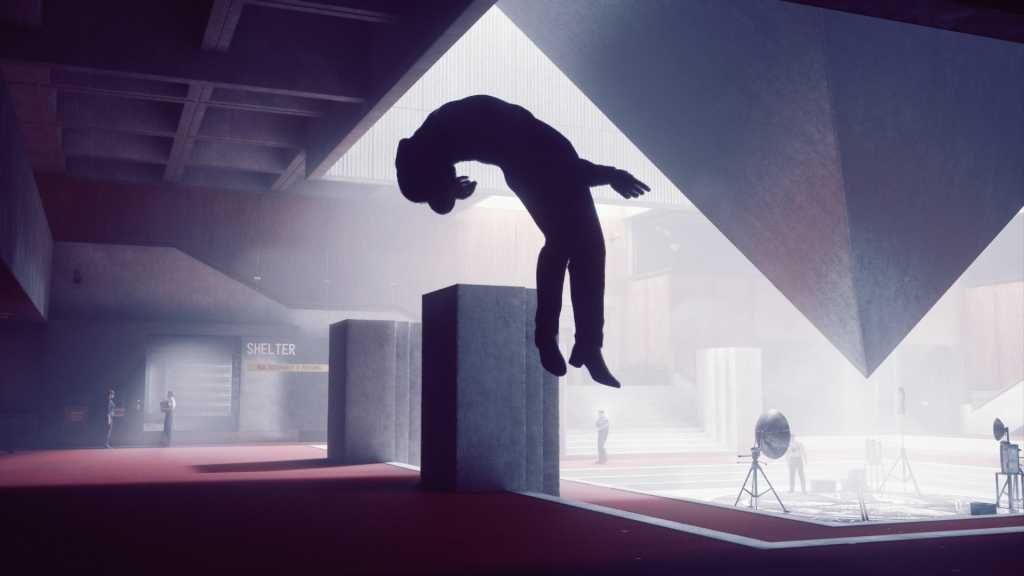 I finished Control two weeks ago and now all I can think about is more Control. Good news on that front, as Remedy announced two expansions this week—including one themed around Alan Wake? It certainly looks that way.

This is gaming news for September 9 to 13.

For the first time ever, Epic’s free game of the week is one I haven’t played. Conarium, released in 2017, is “a chilling Lovecraftian game” and the screenshots look neat, though it holds a middling score on Steam. Still, it’s free right? Nothing to lose by picking it up.

And stay tuned next week for what I assume is Arkham Asylum or one of its sequels. Epic’s teaser only says “???” at the moment, though the accompanying picture of Batman is clue enough.

On a more limited timescale, Humble is giving away copies of Endless Space and its expansion until around mid-day Saturday. It’s nowhere near as good as its sequel, but if you’re looking for a bit of space-based 4X action I’d still recommend grabbing the collection.

Oh and hey, speaking of Endless Space 2, there’s a new expansion. Dubbed Awakening, it adds a new Nakalim faction. The Nakalim are a crumbling empire, and thus begin the game with a significant head start on the tech tree—but they’re terrible at new research, and must hunt down “Relics” throughout the galaxy to stimulate new discoveries. Nifty in theory, though Steam reviews seem torn.

Our first Tokyo Game Show announcement: Capcom officially unveiled Project Resistance, a multiplayer Resident Evil spin-off. It’s asymmetrical, with four Survivors battling against one “twisted Mastermind,” who seemingly places traps and monsters from the safety of security cameras. That’s a neat twist, but time will tell whether it can draw (and maintain) an audience.

Then there’s Shenmue III, which is somehow only a few months off from release. This three-minute trailer out of TGS shows off the world one sweeping shot at a time, and…well, some of it looks nice. I particularly like the nighttime shots, though I remain skeptical of this whole endeavor. We’ll find out November 19 whether or not it’s been worth the wait, I guess.

Speaking of “Crowdfunded Games Stuck In Development Hell,” System Shock 3 put out a new teaser this week. There’s a lot of SHODAN, a lot of shooting, and at least one body with its entrails hanging out. I don’t want to get excited, but it’s hard not to feel a little “It’s happening!” twinge.

Watching credits roll on Control, all I could think was “I hope there’s more, and soon.” Lucky for me, there is. Remedy put out a road map this week announcing a few forthcoming updates. By the end of this year we’ll have a Photo Mode and “Expeditions,” a free update that adds a new area and some buddy-cop shenanigans with Security Chief Arish.

2020 is when it gets interesting though, with two paid expansions. The first, The Foundation, presumably fleshes out the area below The Oldest House—a setting barely touched upon in the main game. Then later in the year is AWE, which I’ve already seen referred to as the “Alan Wake Expansion” given the teaser art resembles the cover art for Alan Wake, flashlight and all. Hell yeah.

A quick note here, but Netflix tweeted-and-deleted a post this week saying that its adaptation of The Witcher is arriving in 90-ish days, putting it around mid-December. I know you’re all feverishly anticipating Henry Cavill’s hot wig action. (Via PC Gamer / Redanian Intelligence)

I never finished The Surge but the videos for its upcoming sequel are making me want to revisit it. I mean, sci-fi Dark Souls sounds pretty great—though I remember the original being pretty janky, in the usual “It’s almost-but-not-quite a Souls game” way. There’s about a week and a half until The Surge 2 hits though, so you’d better hurry if you want to get caught up.

Night at the museum

Bossa’s mostly known for making goofy games like Surgeon Simulator and I Am Bread, but upcoming thriller The Bradwell Conspiracy looks anything but. Apparently there’s some sort of mystery in and around and perhaps under…Stonehenge? No idea what the hell it could be, but I’m a sucker for these sorts of first-person exploration games.

Uh, this is an odd one. Monster Hunter-esque Dauntless “launched” in May after a year in open beta, and I’d kind-of assumed that meant it was considered out of Early Access. Right? That’s how these things go? And yet this week I received the word that Dauntless is leaving Early Access on September 26—for the second time, I guess. There’s a “launch trailer” below, though if you go back to May you can still find trailers that reference “our launch week” so I don’t know, I give up. Have fun with Dauntless, everyone. See you in four months for the next launch week.

End of the world (as we know it)

The battle royale trend has hit some unlikely targets in the last year or two, but Civilization VI has to rank up near the top. This week Firaxis debuted a new (and free) Civilization VI mode, “Red Death,” which brings the ol’ shrinking-circle-of-death to turn-based strategy. No, really. Everyone gets a civilian and a handful of military units, and the last one alive wins. Apparently it started as an April Fools joke and now it’s an actual mode, which seems to be happening a lot these days.

Enough about real Civilization. If you want to really impress me, build games in Excel. As part of olcCodeJam2019, developer s0lly created a working version of Civilization entirely in Microsoft’s spreadsheet software. You can grab a copy on itch, or just watch the video below. (Via PCGamesN)

And since it’s been a wild week for weird news, not even “Civilization in an Excel spreadsheet” can take top billing here. No, that honor belongs to KFC, which this week revealed the existence of I Love You, Colonel Sanders! A Finger Lickin’ Good Dating Simulator, featuring anime-Colonel Sanders, a corgi chef, and chicken. Yes, it’s a real game, and it’s releasing September 24. And uh, while we’re at it, looks like KFC is going to sponsor a Rainbow Six Siege event as well. What a nightmare world.