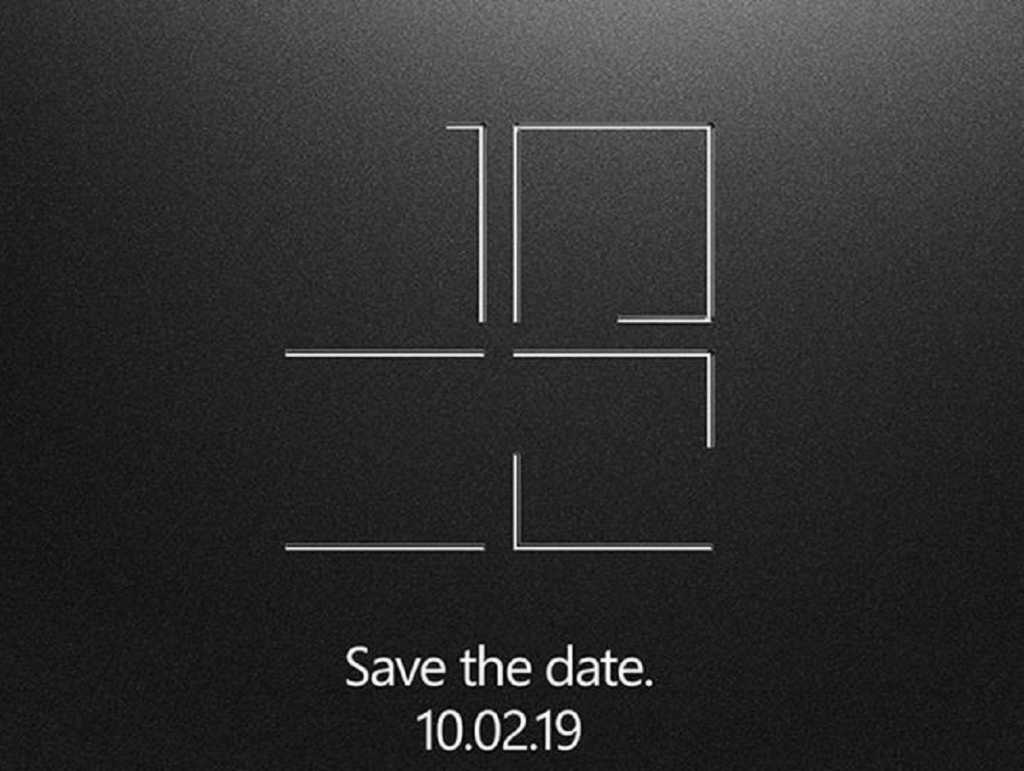 Most of Microsoft’s Surface product lineup is scheduled for a potential refresh at Microsoft’s October 2 event in New York City, and educated guesses, rumors, and potential reports of new Surface hardware are beginning to, er, surface. But which ones make sense?

Microsoft has a wide variety of chip platforms from AMD, Intel, and Qualcomm to tap for new Surface hardware. For one, there are no fewer than six viable Core microprocessors around which Microsoft could build a Surface device: the existing 8th-gen Intel “Whiskey Lake” U-series laptop and “Amber Lake” Y-series chips; Intel’s ”Ice Lake” 10th-gen platform, also in U- and Y-series configurations; and the upclocked 10th-gen “Comet Lake” platform, also in U- and Y-series splits. Intel’s Pentium Gold chips, the foundation of the Surface Go, can still play a role.

Then there are AMD’s new Ryzen Mobile processors, which have historically struggled to find traction in notebook PCs. Finally we have Qualcomm’s Snapdragon 8cx chips, which promise improved performance and all-around connectivity.

Depending on how you count it, that’s six different chip platforms from which to choose, and that’s before you start diving down into individual families such as the Core i5 or Ryzen 7. Now let’s handicap the rumors around specific product features…

Our guess: USB-C replaces the Type-A connector already on Surface devices. If Microsoft does away with the Surface connector, the USB-C port will probably be Thunderbolt-enabled. If not, it’s more likely that USB-C will exist alongside the Surface Connector as a more generic I/O.

It’s reasonable to assume that Intel’s Comet Lake is going to appear in one Surface product, and Ice Lake in another. Winfuture.de believes the Surface Pro 7 is going to run Comet Lake, and in the following configurations:

This is also credible, not the least of which because these are some of the default configurations for most every laptop at some time or another. But remember, Ice Lake boasts an upgraded Iris Plus-capable GPU, while Comet Lake boasts faster clock speeds. Deciding to boost clock speeds on a tablet while reserving Ice Lake’s graphics horsepower for a Surface Laptop 3 or Surface Book 3 makes more sense.

A “OEMJL” listing in GeekBench (code names Microsoft has used before) suggests an SP7 could use Ice Lake, but we’re still skeptical.

The Surface 7, the blog suggests, would essentially be a next-gen Surface Pro, with thinner bezels and an updated design. This, too, could be the home of the Snapdragon 8cx.

It’s hard to believe that Microsoft would carry a Surface Pro, and a Surface, and a Surface Go, so we’d think that a “Surface 7” might mean a hold on Surface Go development, for now. But we’ve criticized the Surface Pro lineup for remaining relatively static, so an update would be nice to see.

The original Surface Laptop was a wonderfully purpose-built laptop for students. The Surface Laptop 2 didn’t change much, while the competition reacted. Winfuture.de again is suggesting a 15-inch Surface Laptop 3 may be in the offing, together with the existing 13-inch model.

It’s reasonable. I don’t see any particular need for a 15-inch Surface Laptop, but it would broaden a product line. On the other hand, it would also represent development work above and beyond any revisions to the 13-inch model. Past iterations have suggested that Microsoft has been conservative in making hardware changes.

Winfuture.de is also claiming it’s seen private retailer data that suggest the 15-inch Surface Laptop 3 (along with, possibly, some other device?) could include AMD’s mobile Ryzen chip inside of it. We’d like this to happen, and if so it would be an enormous validation for AMD’s mobile ambitions. Thurrott’s Brad Sams is also on record claiming that Microsoft is testing an AMD Picasso SOC inside a Surface.

We wrote originally that an AMD-based Surface could be a leap, but we’re hearing more information that says it’s actually going to happen. What we don’t know is whether it will be in a Surface Pro or a Surface Laptop. AMD has a relatively tiny presence in the mobile market beyond its A-series chips, and most every Surface to date has used an Intel-manufactured processor (the exceptions being the Surface 2’s Nvidia Tegra chip and the Surface RT). Based on what we’re hearing, though, we’d say that a mobile Ryzen appearing in a Surface of some type is close to 100 percent.

Update, Sept. 23: Winfuture is doubling down on its mobile Ryzen reporting, claiming that there are six models of Surface Laptop 3s in the works, with unannounced six- and eight-core mobile Ryzen 3000 chips inside. Prices would range from $999 to $2,399, the site says.

In conjunction with our earlier story about multiple chip platforms in the Surface lineup, we’re hearing that the Qualcomm 8cx will definitely be in a Surface Pro product, tentatively called the Surface Pro X. (That may in fact be a placeholder name for a Surface Pro 7.)

Winfuture.de again predicts that a revamped Surface Pro 7 will use an Intel Core m, which the Surface Pro tablet has used previously. Brad Sams takes another tack—that the Surface Pro 7 may have an option that uses the Qualcomm Snapdragon 8cx instead.

If Microsoft believes in its Windows-on-ARM vision, then designing a Surface around an ARM chip is a no-brainer, and the 8cx is the obvious choice. So far we haven’t seen the platform squeezed into anything smaller than a clamshell form factor, so a Surface Pro 7 may be an option. I still think that the Surface Go makes sense; however, if you want an always-connected, all-day machine, the Surface Laptop makes more sense. But—and this is a big but—the minute some student can’t complete an assignment because of incompatibilities, Surface’s reputation in the educational space will tank, and fast. There’s a lot of upside with a Snapdragon Surface, but a lot of potential downside, too.

A dual-screen Surface: Show, not sell

Intel began promoting dual-screen PCs in 2018, and we saw more prototypes this past summer at Computex with Honeycomb Glacier and others. Microsoft, too, reportedly has a “Centaurus” dual-screen tablet in the works, taking a page from devices like the Galaxy Fold.

A dual-display device implicitly asks users to type on glass, however. PCWorld editors split sharply on this—I think it’s a bad idea, akin to running on bare feet. My editor, Melissa Riofrio, is much more open to the idea. It would be difficult for Microsoft to discard its excellent Surface keyboards for a device that does… what? Consume content? And run what OS? The consensus seems to feel that Microsoft may show a dual-display device at the Surface launch, and not sell it quite yet. A dual-display device is terrifically exciting from a content-consumption standpoint, but we’d hope that Microsoft presents a viable business case for it, too. (And, of course, there’s always a Bluetooth keyboard.)

If Microsoft were to revamp the Surface Book 2, though, it could certainly stand to refresh it with either Intel’s Comet Lake or Ice Lake chips. It’s unclear whether Microsoft would prefer to go with Ice Lake’s Iris Plus graphics and a discrete GPU. It would be a big deal, however, if Microsoft were to bet big and put an Nvidia mobile RTX chip inside. There have been absolutely no leaks suggesting this is happening, but it’s a future that Microsoft could bring into the present.