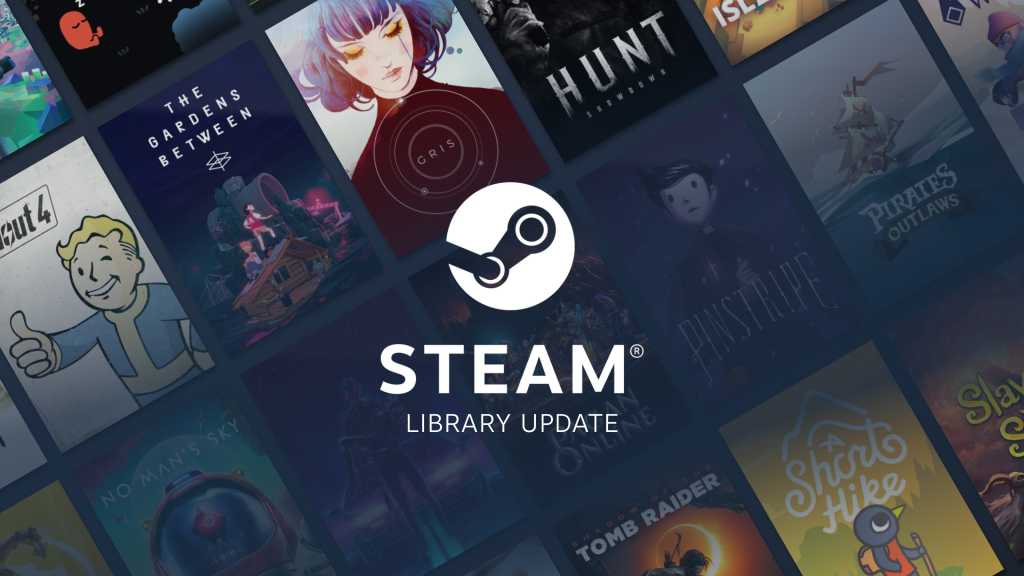 As promised, Valve pushed the new Steam Library Update into open beta this morning. Quick access to your recently played games! More detailed “Details” pages! Better library search and filtering tools! Drag-and-drop! No bezels on the left and right edges! All the modern conveniences and quality of life upgrades that (if we’re honest) probably should’ve been in Steam already. But damn, they’re nice to have now.

You can read our detailed breakdown of the Library Update and all its features—or you can simply install it for yourself. If you’re keen on a refreshed Steam and don’t mind the potential for a few bugs along the way, all it takes is an opt-in to get into the beta.

It’s pretty easy. You can go click the big “Join The Beta” button if you want to feel official, but really all you need to do is open Steam, go to the Settings menu (under “Steam”), and look for a section on the Account page that says “Beta Participation.” Click “Change,” and then on the drop-down menu choose Steam Beta Update.

Restart Steam, and you’re in. You’ll know it worked immediately, because the familiar Store screen will now stretch all the way to the left and right edges of the window, no bezel. Most of the key features are over on the Library tab though. That’s where you’ll be greeted by the new Home page, the redesigned sidebar, and so forth.

Change is good, sometimes. Having lived through hundreds of interface changes across countless programs, I feared the worst. Valve’s PAX demo assuaged those fears somewhat, but you never really know what will annoy you until you’ve tested it yourself.

So far I’m very impressed though. The new interface is clean and reactive, and I’m finding the new organizational tools fun to mess around with. I’m not going to spend a ton of time recapping because, as I said, you can read about everything at length in our longer (albeit hands-off) impressions.

But there are a few smaller features I hadn’t noticed in Valve’s demo. I like for instance that you can quickly toggle Collections (which used to be Categories) on and off, flipping between your organized library and a simpler alphabetical list of games. There’s also a “Ready to Play” button in the top-left that will quickly omit any uninstalled games from the list. And even with more than 2,000 games in my library, these sorting changes are snappy.

I also like the “Sort by Recent Activity” button, which gives you a month-by-month breakdown of the games you’ve played this year, and then a yearly breakdown after that. It goes back ages, too. Curious what you were playing in 2014? Steam can now show you.

That said, there are a few weird issues. You can’t—or at least I can’t find a way—to sort by size anymore, which is a problem in an era where game sizes are rapidly ballooning. I used to change to Steam’s old list view and sort by install size every year or so to do some housecleaning, uninstall that 100GB game I was never going to finish. The loss of that functionality is pretty painful.

[UPDATE: I found the “Size on Disk” sorting feature. It’s hidden on the Home page, if you scroll down to the list of all your games, there’s a drop-down “Sort By” menu. “Size on Disk” is under that. However, it’s still a bit less useful than the old method as there’s no way to separate games out by the drive they’re installed on. For those of you with Steam libraries that span multiple drives, you’ll now need to right-click your largest games, go to “Properties,” and see where each is installed individually. Bit of a pain, though at least some of the sorting functionality is intact.]

And it’s a beta. I’ve definitely seen some behind-the-scenes code today as I’ve clicked around, with trading card messages especially susceptible to breaking. Valve’s also transitioning to new box art for every game in your library, but old games? Ones that will probably never be updated? They get that Vaseline-smear above and below, the same frosted window look people use when uploading vertical video to a horizontal aspect ratio site like YouTube. It looks kind-of ugly.

Still, I can’t see any reason not to update. Steam’s been stagnant for ages now. It’s refreshing to see large-scale library changes, especially since that’s one of the areas where Valve has a clear lead over the competing Epic Games Store. As someone who’s amassed thousands of games on Steam, it’s a relief to finally have some control over my backlog—or at least the illusion of control.