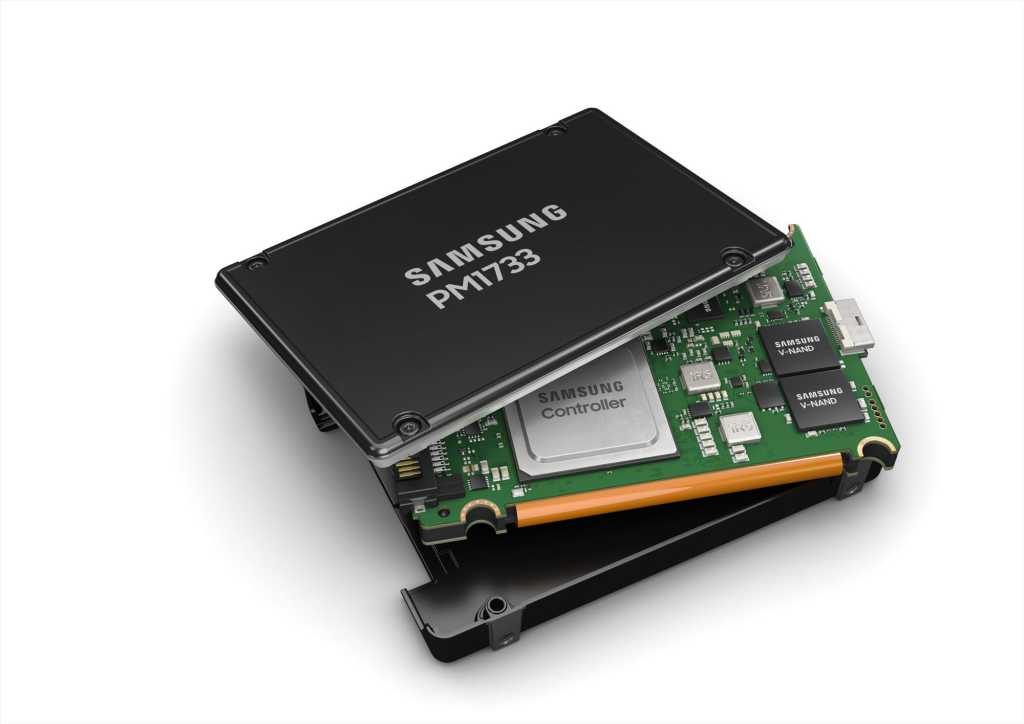 Samsung said new software for its latest PCIe 4.0 SSDs make them so reliable, they can essentially “never die.”

Fail-in-place can detect a failed or failing NAND chip, check for damaged data, and then move that data to undamaged parts of the drive. Samsung cited its 30.72TB PM1733 SSD, which contains 512 NAND chips inside. If any of those 512 chips failed, lit would continue to roll along.

Yes, if you saw the 30.72TB capacity, you can guess the SSD isn’t intended to be sold to consumers. The PM1733 is a PCIe 4.0 drive, which mean it’s best paired with a newer AMD-based Epyc server that supports PCIe 4.0 speeds.

Samsung will also offer another PCIE 4.0-based SSD called the PM1735 that will feature less capacity as the PM1733, but three times the drive writes per day.

Although none of the drives or software are aimed toward consumers, the fact that Samsung has PCIe 4.0 SSDs on tap for data center customers likely means a PCIe 4.0 consumer can’t be too far off.