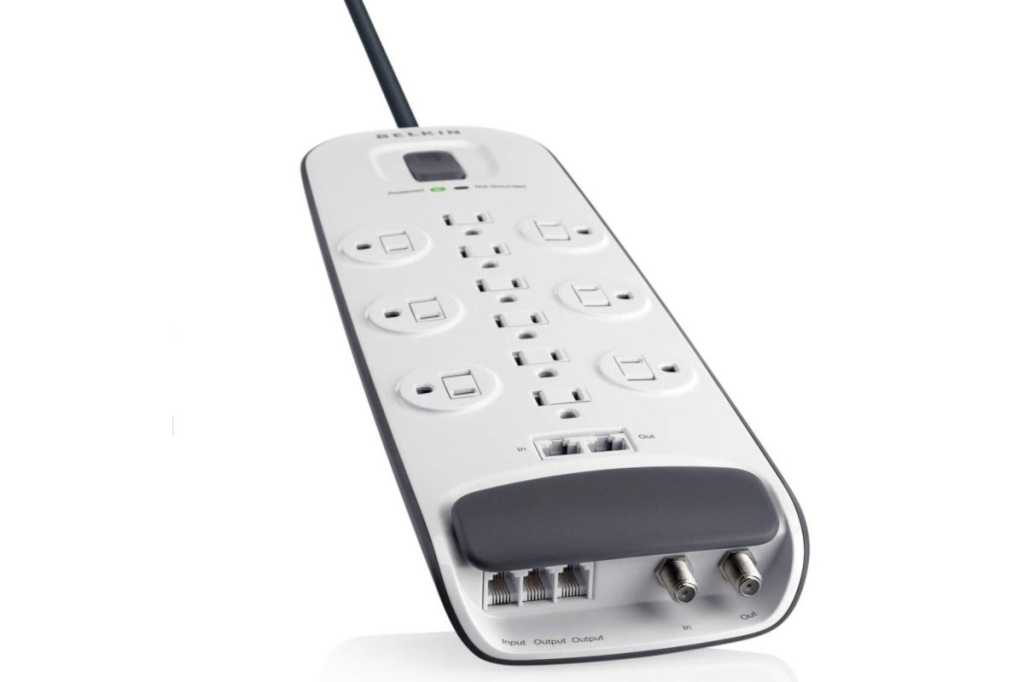 If you’ve been living on the edge by hooking up your beautiful PC gaming machine directly to the wall, today is the day to correct the error of your ways. Amazon is throwing a one-day blowout sale on Belkin surge protectorsRemove non-product link with enough choices for everyone. Surge protectors safeguard your sensitive electronics from being fried by an errant electrical surge; they’re critical to keeping your computer safe.

Here are our top three picks from the sale.

First up is this fancy surge protector with six pivoting outlets for $14.39, down from its more recent price of $18. This isn’t the all-time low price, but it’s still a nice deal for this surge protector. The unit is wall mountable, and it has a 1080 Joule energy rating.

Second, we’ve got a loaded 12-Outlet surge protector for $20.59, down from its more recent price of $35. It’s also packing telephone in and out ports, three ethernet ports (one in, two out), and coaxial in and out as well as a power switch. It carries a 4,000 Joule energy rating. This is the lowest price this surge protector has been in close to a year.

Finally, we’ve got the bargain basement—but still valuable—model. A six-outlet surge protector with a four foot power cord is $7.18. It has a 720 Joule energy rating, and that’s about it. This is very basic but very cheap.

These aren’t your only options though. Check out the one-day Belkin surge protector sale at AmazonRemove non-product link to see all the deals, and our guide to the best surge protectors for everything you need to know about keeping your PC safe from nasty power spikes. Most of those picks don’t come anywhere near these rock-bottom 24-hour sale prices, though.