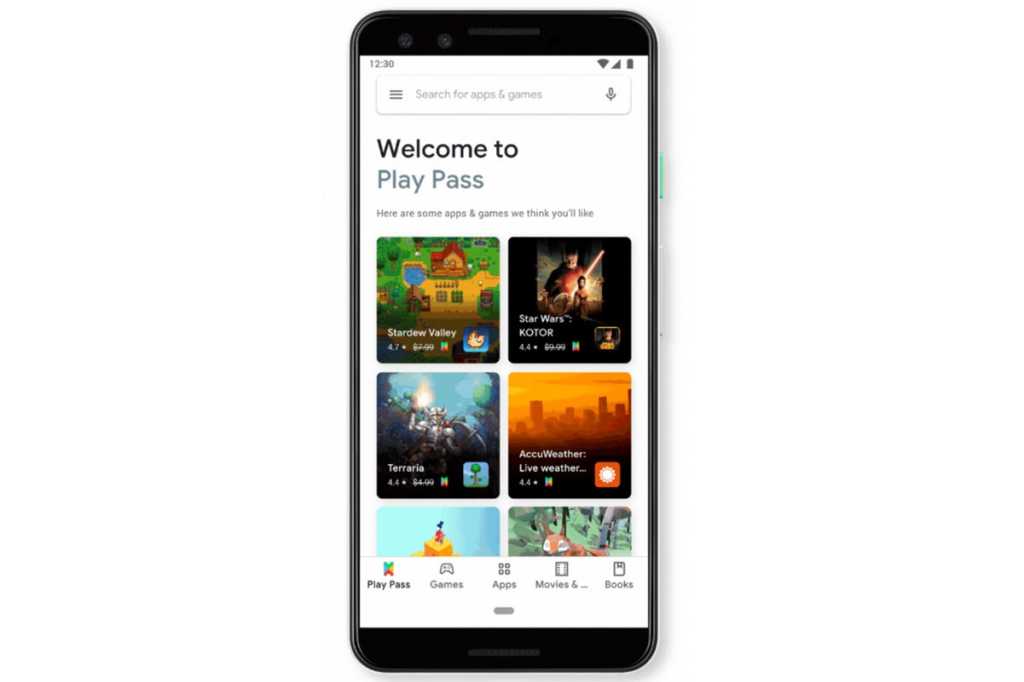 Apple Arcade made a big splash when it launched last week, and this week Google has a competitor ready to go in the form of Google Play Pass. Both services cost the same $5 per month (at face value, anyway), but when it launches sometime this week, Google Play Pass will come with more than 350 apps that include everything from Star Wars: Knights of the Old Republic to Limbo. In library size, that’s a serious edge over Apple.

There are a lot of similarities, but there are also some big differences. Think the Apple folks have it better on the other side of the pond? Here’s what you need to know.

Google Play Pass is only available in the U.S.

When it launches this week, you’ll only be able to use Google Play Pass in the United States. Apple Arcade is currently available in more than 150 countries.

Apple Arcade is all about the games. It’s right there in the title. But Google Play Pass’s roster for more than 350 apps includes both apps and games, so you’ll also popular apps like AccuWeather and Facetune mixed in with games like Star Wars: Knights of the Old Republic and Old Man’s Journey. Presumably, with the service, these apps are free of the ads and microtransactions you’d get with their normal version. That makes Google Play Pass a more robust service, with the notable caveat that most of the included apps are already well-established.

This is the biggest difference. Apple is making a serious effect to attract high-profile developers to make games for its service, and in some cases, it’s even helping to fund the games. (The extent of this assistance isn’t clear.) Along the same lines, Apple insists on mobile exclusivity—which means that while Apple Arcade games won’t be coming to Android, you’ll still see some of them on consoles like the PlayStation 4 or Nintendo Switch. (Sayonara Wild Hearts is a recent example of this.) It’s part of the reason why the library is still relatively small—at the time of writing, there are 71 Apple Arcade games available. I’ve played 53 Apple Arcade games and enjoyed almost every one.

Google Play Pass has some great games that you’d normally have to buy separately—Monument Valley, Risk, and Limbo are standout titles—but none are exclusive.

Both services are curated

As we saw above, Apple Arcade is curated by its very design. Google is curating by restriction inclusion to invitations only.

In other words, if you don’t feel like subscribing to Google Play Pass, you can still download, say, Old Man’s Journey separately for $4.99 just like old times. Google isn’t locking you into the service.

With Apple Arcade, you can only play the games if you’re subscribed to the service. You won’t find them on the regular App Store. Keep in mind, though, that these games were never on the App Store to begin with because Apple is focusing on new and mobile-exclusive games for its service. Apple isn’t taking anything away from users by keeping its games locked behind Apple Arcade.

Both services are exclusive to their systems

If you like Apple Arcade and you’d like to try it out on Android, you’re out of luck. Apple’s new subscription service works only on iOS devices. Along the same line, though, Google Play Pass only works on Android devices and ChromeOS. So if you have, say, a Google Pixel but also work off an iPad, you’re still going to subscribe to each service separately.

Both services only cost $4.99 a month, but differ in how they handle it

Both services only cost $4.99. Nice. But the situation gets a little more complex than that when you start throwing in factories like free trials. Apple Arcade’s free trial lasts for a whole month, but after that, it immediately jumps up to the $4.99 monthly pricing. Google Play Pass only gives you a 10-day free trial, but after those 10 days you’ll only have to pay a $1.99 introductory price for the first 12 months. At the end of those 12 months, the $4.99 fee will kick in.

Neither service has microtransactions/in-app purchases

Nothing sours the name of mobile gaming in the eyes of the wider gaming community quite like microtransactions and in-app purchases. So many games tout themselves as being free-to-play, but when you keep slapping down a buck or two just so you can advance in a game or get another shot at a puzzle, you can easily end up paying a lot more than you would for a full-priced console game. You don’t have to worry about that with either service. All you’ll ever have to pay is the monthly subscription fee.

With both services, only one person has to pay the free if everyone else in the household wants to join in on the fun—provided, of course, you’re in the same ecosystem. Google Play Pass allows you to share your subscription with up to five family members, and while Apple Arcade allows you to share the subscription with up to six family members. In both cases, you won’t have to worry about family members overriding save files. You’ll all access the service separately.