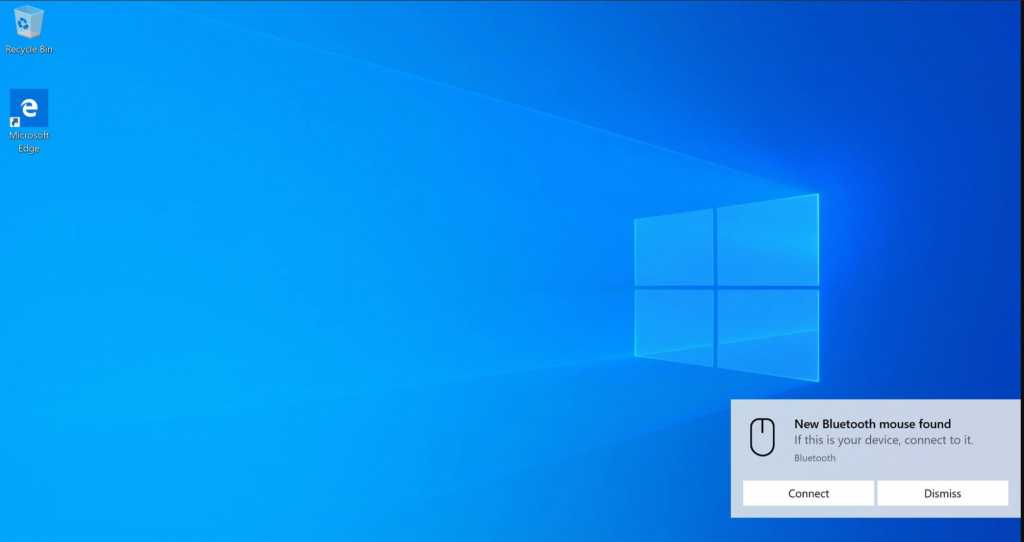 Microsoft said Thursday that, as part of a future version of Windows, it will beef up the Swift Pair Bluetooth pairing experience launched last year, making an even simpler version the default experience for more Microsoft peripherals.

We called Swift Pair one of the hidden features of the April 2018 Update, and it was. Though the notification-driven pairing feature was thought to be the future of Bluetooth peripherals, it was set up originally for a single product: the Microsoft Surface Mouse. Now, Microsoft’s added more devices within Windows 10 Insider Preview build 18985, part of the “20H1” updates due next spring.

Secondly, pairing these devices is all done within the Action Center’s slide-in  notifications, and pairing happens automatically. You’ll see a notification that your PC is connecting to a supported device (Windows may not identify the exact device, but right now it’s smart enough to classify it as a mouse or keyboard) then you’ll have the option to decline the connection. It all should occur within a matter of seconds.

Microsoft said it’s A/B testing the new improvements, so even if you’re an Insider, you may not receive it.

If you own a laptop with the vendor’s utility software installed, such as Lenovo’s Vantage, you’ll often have the option to download “optional” updates for various components within your system, such as your audio drivers. Now Windows is providing its own solution.

While you can still go into the Device Manager, select each device, and then search for updates, the Settings menu is becoming a one-stop repository for those. Navigate to Settings > Update & Security > Windows Update > View optional updates and see what Windows has downloaded.

Microsoft is also adding some features to Snip & Sketch, the app that Microsoft has been pushing to replace the existing Snipping Tool screen-clipping utility. Version 10.1907 (which will be rolling out to some retail users as well as Insiders) contains two key features: single window mode, which will automatically close the previous snip when you create a new one; and zoom support, including CTRL+Plus, CTRL+Minus and Ctrl+mousewheel support. Snip & Sketch multiple-window mode will still be available as an option in the Settings.