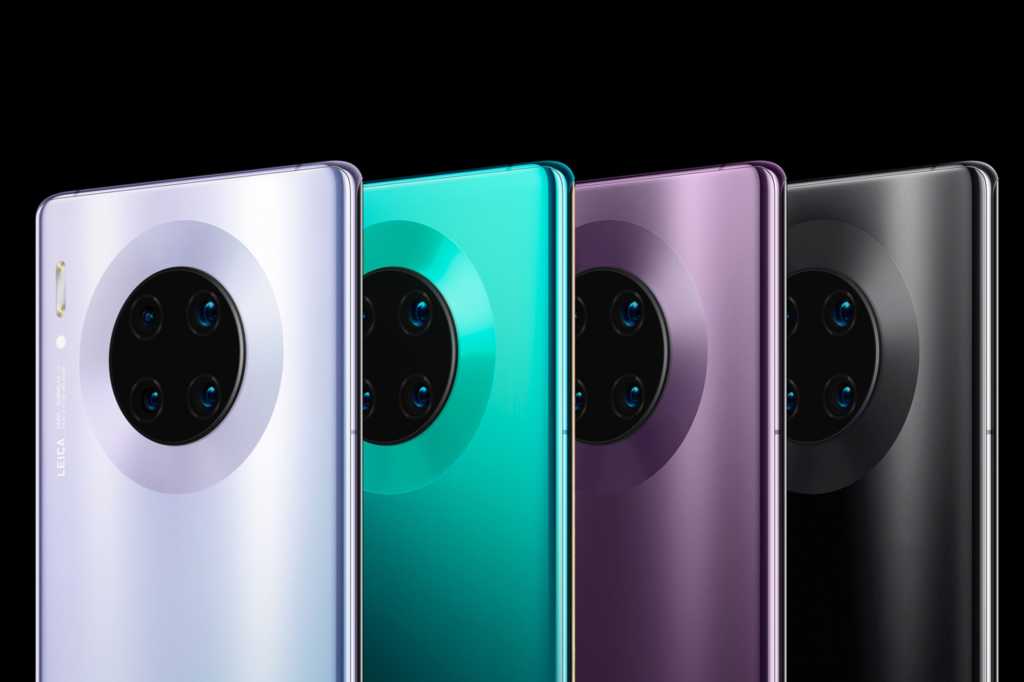 Huawei has taken the wraps off the Mate 30 and Mate 30 Pro and it has everything you could possibly want in a late-2019 handset: all-screen industrial design, giant displays, huge batteries, and 5G. They’re just missing one small thing: Google.

While the new phones are based on the open-source version of Android 10, Huawei is unable to include Google’s apps on any of its new devices since it was blacklisted from doing business with U.S. companies earlier this year. So that means your brand new Mate 30 won’t have Gmail, Chrome, Maps, or the Play Store. That obviously puts a serious damper on what is otherwise a pretty incredible phone. Let’s look at the details…

While the Mate 30 features slim bezels all around and a small notch for the front camera, the Mate 30 Pro is nearly all screen. Like Samsung’s Galaxy phones, the sides of the screen are curved, but they’re far more aggressive than on the Note 10—88 degrees to be exact. That’s nearly a straight down for those who don’t remember their algebra. Add to that the slimmest of bezels and a thin notch and you’ve got a phone with an insane screen-to-body ratio.

It’s not just the bezels that Huawei has jettisoned. The Mate 30 also dispenses of buttons in favor of “intuitive side-touch interaction” that brings customizable virtual keys to either side of the phone. The phones also include “AI gesture control” so you can use the screen without touching it.

Like the iPhone 11, Huawei has put particular emphasis on the camera in the Mate 30, redesigning the rear array in a giant circular camera bump that takes up a good deal of the back of the phone. It also introduces the dual SuperSensing Cine Camera, which “features a large 1/1.54-inch sensor size with a high maximum Video ISO of 51200 to capture videos with an extended dynamic range at 4K/60fps as well as ultra slow-motion at the highest 7,680 fps.” That’s not a typo. You can record 720p video at 7,680fps on the Mate 30 Pro.

Huawei is also selling a 5G variant of the phone featuring “the world’s first 2nd generation 5G smartphone” with a modem that’s integrated into the main processor. Qualcomm has announced that its next 5G modem will be integrated into the Snapdragon system-on-chip, but it won’t start shipping until 2020. Huawei says the the Huawei Mate 30 Pro 5G features 14 antennas dedicated to 5G networks.

But what you won’t find on Huawei’s handsets will overshadow the things that are there. The Mate 30 runs a new version of EMUI based on Android 10, but it doesn’t have any of Google’s apps on board, and you won’t even find Google Assistant and the Play Store. Huawei teased a “workaround” in an interview, but it hasn’t specifically addressed what users outside of China—which is already barred from using Google apps—are to do.

Until that workaround arrives, Mate 30 users are stuck with Huawei’s stock apps and the AppGallery, which the company promotes as “safe, selected, and fun.” However, while Huawei’s store includes some 45,000 apps, many of those are from Chinese companies and are of little use to users outside that county. Case in point: In the latest Play Store listing for AppGallery (updated in March), Huawei said the AppGallery has “hundreds of apps,” including many popular U.S.-based ones such as Facebook, Instagram, and Twitter. Of course, this pales in comparison to the breadth of the Play Store at large, and AppGallery apps will also be slower to receive new features and updates, since developers will target the Play Store first.

There’s also the issue of updates. While EMUI is based on the newest and most secure version of Android, lacking a pipeline to Google, Huawei won’t be able to push out security and version updates until they land in the open-source file, which generally takes much longer.

Nevertheless, the Mate 30 and Mate 30 Pro will go on sale in November starting at 799 Euros.