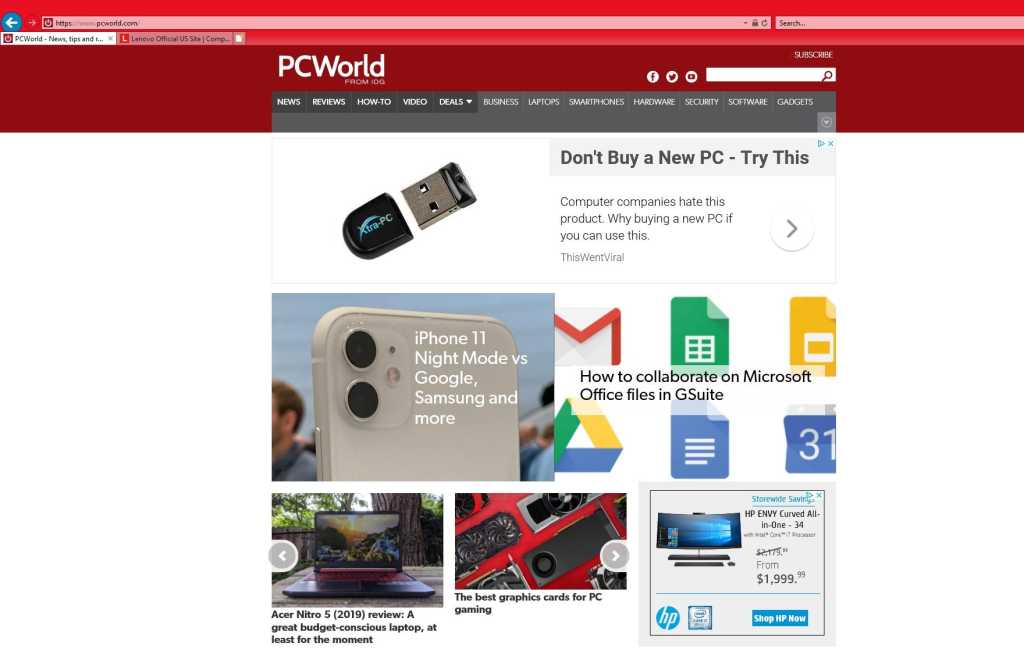 If you haven’t moved beyond Internet Explorer, here’s another reason to do so: Google and Microsoft have discovered a new IE vulnerability that can take over your entire PC.

Microsoft published CVE-2019-1367 on Monday, a scripting engine memory corruption vulnerability that exists within basically every version of Internet Explorer for Windows 7, Windows 8.1, and Windows 10. (Discovery of the bug was credited to Clément Lecigne of Google’s Threat Analysis Group, and reported earlier by The Register.) The vulnerability “corrupt[s] memory in such a way that an attacker could execute arbitrary code in the context of the current user,” according to Microsoft.

In other words, if an attacker is able to convince you to click on an affected webpage, that attacker can do whatever they want to your PC and your stored data.

If you’re confused, the simplest thing is to download Chrome or Firefox or Opera or whatever modern browser you prefer. Virtually all of them can import your previous bookmarks in a heartbeat, and get you up and running in a safer browser within seconds. IE’s time is done, and this is just further proof of it.