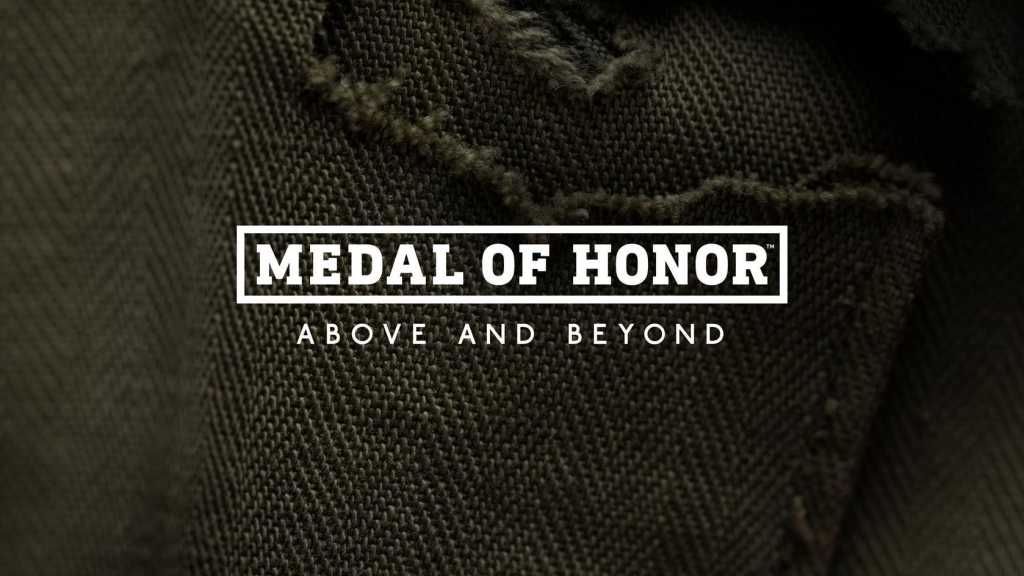 Medal of Honor: Above and Beyond

Back in 2017 Respawn revealed it was working with Oculus on a virtual reality game. Two years and a couple of Oculus Connects later, we finally have details. And true to their word, Respawn is not making Titanfall VR—nor is this related to Apex Legends or Star Wars. It’s far weirder than any of those, I think.

Once more unto the breach

Resurrecting classic Medal of Honor, I should specify. After two Call of Duty: Modern Warfare-chasing reboot entries—and then a seven-year hiatus—Respawn’s taking the series back to its World War II roots for the first time since 2007’s Medal of Honor: Airborne.

But uh, exclusively in VR.

Titled Medal of Honor: Above and Beyond, we had the chance to speak with Respawn and demo the game last week ahead of Oculus Connect 6. Per Respawn, this is Oculus’s attempt at funding the big-budget VR title everyone’s been asking after. Years in development, millions of dollars in funding, Above and Beyond is done on a different scale than the VR games we’ve seen to this point.

Whether that’s resulted in a better product? That’s where I’m less certain.

It’s very much Medal of Honor in virtual reality. We got to demo three levels last week, and to be clear: Levels in Above and Beyond are much shorter than you might be thinking. Each is built around a single setpiece, or maybe two. The longest probably took ten minutes.

Respawn did this on purpose to facilitate “natural break points.” The new Oculus Rift S is more comfortable than the original headset, but it’s still active. You sweat. Some people will play Above and Beyond ten minutes at a time, and Respawn supports that in the structure. Others will play for an hour, two hours, six hours.

Despite this piecemeal structure, Above and Beyond is actually longer than your average shooter campaign these days. There are 50 of these snack-sized levels and Respawn claimed 10 to 12 total hours of game during our demo, probably twice the length of the last Call of Duty campaign (2017’s Call of Duty: WWII).

And it spans the entire war—including, yes, Omaha Beach. The first act focuses on the French Resistance fighters, the second on D-Day and its aftermath, the third on the Nazi’s attempts to construct a nuclear bomb. That last act is interesting as it includes a level where you ski through rural Norway, familiar territory for those who played Battlefield V last year. It makes me wonder whether Respawn and DICE had any collaboration.

We caught a glimpse of frozen Norway in our demo, though no skiing unfortunately. The last of the three levels I played, Norway was also probably the most “VR Game,” given our objective (aside from shooting Nazis) involved scaling a few cliffs and then a radio tower. It feels like Respawn’s taken some inspiration from Crytek’s The Climb, as you reach overhead, grab, and then “pull” your body upwards.

The other standout VR moment took place in one of the French Resistance levels. We started in the bombed-out remnants of a bookstore, our goal to signal waiting Resistance members than an attack was imminent. Doing so involved using a piano to open a secret door—a fully functional piano, which I used to play a poor rendition of Chopsticks and an even uglier rendition of Fur Elise.

I like these moments because they feel novel, not necessarily in the context of a virtual reality game but certainly in the context of a big-budget shooter called Medal of Honor. In most shooters, your only interaction with the environment is at gunpoint. It’s refreshing to occasionally holster your weapon in Above and Beyond and touch the world Respawn’s created.

I only wish there were more of those moments. Respawn talks about Above and Beyond as a time machine, touts how much work has gone into the environments, how they hired a production designer to ensure the authenticity of wallpaper patterns, china plates, and other minutia.

But you can’t really do much with it. Respawn’s gone so far as to highlight interactive objects with a glowing border, because most objects are simply set dressing. Imagine visiting a film set, trying to pick up a book, and realizing it’s glued down. Oh, but this other seemingly identical book nearby? You can pick that one up—though don’t bother, as it’s glued shut.

It feels nitpicky, to fault what’s first-and-foremost a shooter for not letting you read books, or knock a deck of cards on the floor, or prevent you from taking a record out of its sleeve and listening to it. Listen, Medal of Honor: Above and Beyond is a pretty decent shooter. If you want to fire an M1 Garand at Nazis, pulling more ammo off your belt and slapping it in every time you hear that distinctive ping, Above and Beyond has you covered. I’m certainly curious to see Omaha Beach from a “You’re in it” perspective. That’s been one of my dreams since the early days of the Rift. And I’m curious as well to see the documentary footage Respawn’s pulled, some of which they shot in 360-degrees by taking veterans back to the battlefields of their youth. It’s ambitious stuff.

Keep an eye on that monkey paw though. I guess I’m simply not convinced that virtual reality benefits from slightly more interactive versions of old ideas. Above and Beyond feels less like the Next Big Thing in VR to me, more like some of the Wii-era Call of Duty and Medal of Honor games.

Or rather, Above and Beyond is wide-as-an-ocean-deep-as-a-puddle when virtual reality demands the opposite. In my experience, VR is most memorable when the player thinks “Can I do this?” and the answer is unequivocally “Yes,” whether that’s using an in-game pen to scribble on walls or simply picking up and throwing every object in the room.

The more of these systems you add, and the more interactions between systems you support, the more it starts to feel like The Real World and less like a digital facsimile. And that’s the whole point of VR, right? Or at least that’s why I’m interested in it.

Respawn’s rhetoric speaks to me. I want Medal of Honor: Above and Beyond to be a time machine, and in certain respects it succeeds. I got to explore two additional environments during our demo last week: A troop transport train and a U-boat. Both are presumably levels in the full game, but during our hands-on they were completely devoid of enemies. I simply walked through and admired the scenery, the craftsmanship on every dial, the posters on the walls. Stripped of their game elements, it’s clear a ton of work went into these environments. It’s fascinating to wander through.

But as soon as you reach out to touch it—even the more finished levels—the illusion breaks. When it does, Above and Beyond feels less like a time machine, more like a theme park. Meticulously crafted, sure, and again: It’s hard to fault Respawn for making a VR shooter when that was their directive. I simply found myself wanting more. Build a world this intricate and I want to interact with it. It’s a shame I can’t.

That said, we played a demo. Medal of Honor: Above and Beyond may expand before release, and add more interactivity. There are hints of it here, like a level that requires opening a safe by picking up a lighter and igniting the dynamite. I’m here for those moments. I crave more of them.

Even if we don’t get more, it still seems like a competent shooter. At the end of the day, that might be enough for people. Arizona Sunshine sold great, despite being similarly shallow. So did Fallout 4 VR, and it’s even less suited to the platform. I don’t come to VR for those sorts of experiences, but there’s evidently a subset that feels like we need those more “traditional” games to sell the hardware, Oculus included. Who am I to argue otherwise? As long as the success of Medal of Honor doesn’t preclude more experimental fare, I’ll be happy.