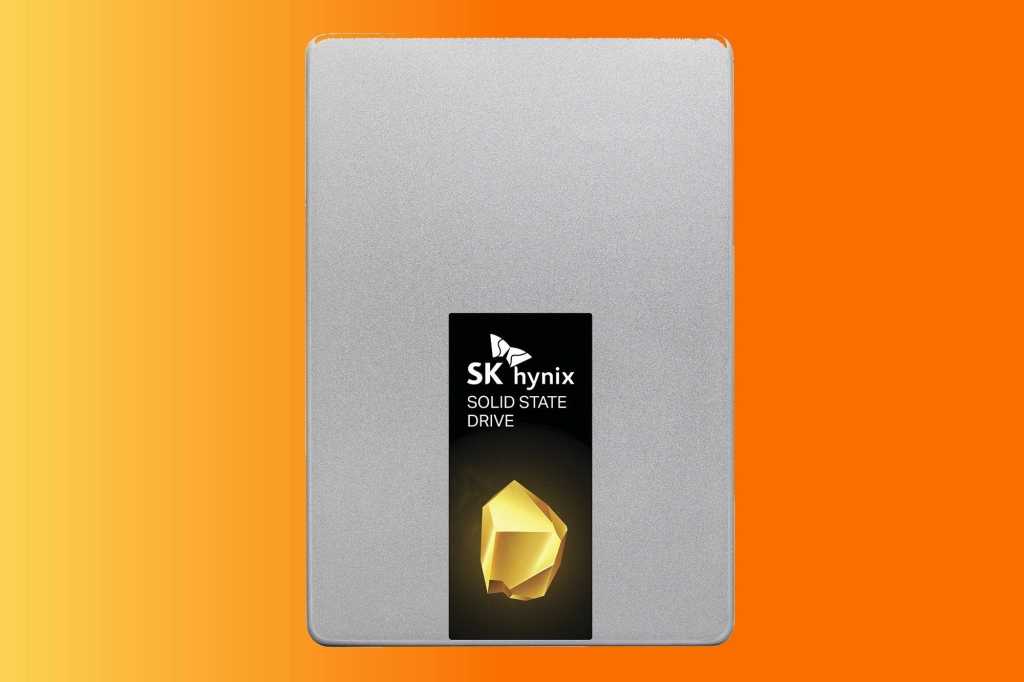 Image: SK Hynix
At a Glance

In real world copies, this first SSD from SK Hynix, proved the fastest SATA drive we’ve ever tested. The price is right, and the company is actually one of the largest semiconductor purveyors in the world so don’t let the name throw you. All the technology is in-house. A very good drive.

While you may never have heard of SK Hynix (nee Hyundai) , it’s one of the largest semiconductor manufacturers on the planet. The company has been developing NAND and controller technology since the get-go, and while it’s been the SSD OEM for numerous large computer vendors, it generally hasn’t taken a place for itself on the shelves.

Why the company decided to suddenly go retail with its own Gold S31 2.5-inch SATA SSD, we can’t say, but we’re certainly happy about it. The drive aced our real-world performance tests and won’t break the bank.

This story is part of our ongoing roundup of the best SSDs. Go there for information on competitive products and how we tested them.

The Gold S31 is a 7mm thick, 2.5-inch SATA III, 6Gbps drive that will fit in any PC and the majority of laptops that accept the form factor. It uses SK Hynix’s own 72-layer TLC (Triple-Level Cell/3-bit) NAND and Quartz 4th generation controller. Sk Hynix was mum about the amount of DRAM or NAND cache on board, but kudos to the company anyway, it all works well.

At the time of this writing, the Gold S31 is available online in 250GB ($50 on AmazonRemove non-product link), 500GB ($70 on AmazonRemove non-product link), and 1TB flavors—the size we tested—for $119 on Amazon, respectively. All capacities feature a 5-year warranty but unusually, the TBW (TeraBytes Written—how much you can write to the drive before it degrades) ratings are not strictly linear. The 250GB unit is rated for 200TBW, while the 500GB model is only 300TBW, and the 1TB capacity, 600TBW. That’s hardly Optane-like, but more than most users will write in ten years, let alone five.

Also, word on the streets has generally been that SSDs regularly exceed their lifespan ratings, which tend to be conservative, by a fair piece, so I wouldn’t sweat it.

I tested the 1TB version of the Gold S31, and the numbers ranged from good to excellent. Unlike some drives such as the Samsung 860 QVO on the charts in this article, at no time did the Gold S31 slow down during the long 450GB single-file copy.

Our test with CrystalDiskMark didn’t quite match the company claims, but we’re talking about a subjectively unnoticeable 4-percent deficit in sustained writing, which didn’t manifest itself in our real-world 48GB copies.

When all was said and done in those real-world 48GB copies, the Gold S31 proved the fastest drive we’ve ever tested for sustained read and write operations. The 73-millisecond read, and 44-millisecond write seeks measured by AS SSD ( a notoriously fickle test) are also quite good.

By the total time copying metric shown above, the SK Hynix Gold S31 is the cream of the crop.

A great drive at the right price

The Gold S31 is a great first effort from SK Hynix. Given similar pricing, I’d opt for the Gold S31 over the vast majority of the 2.5-inch SATA SSDs on the market.