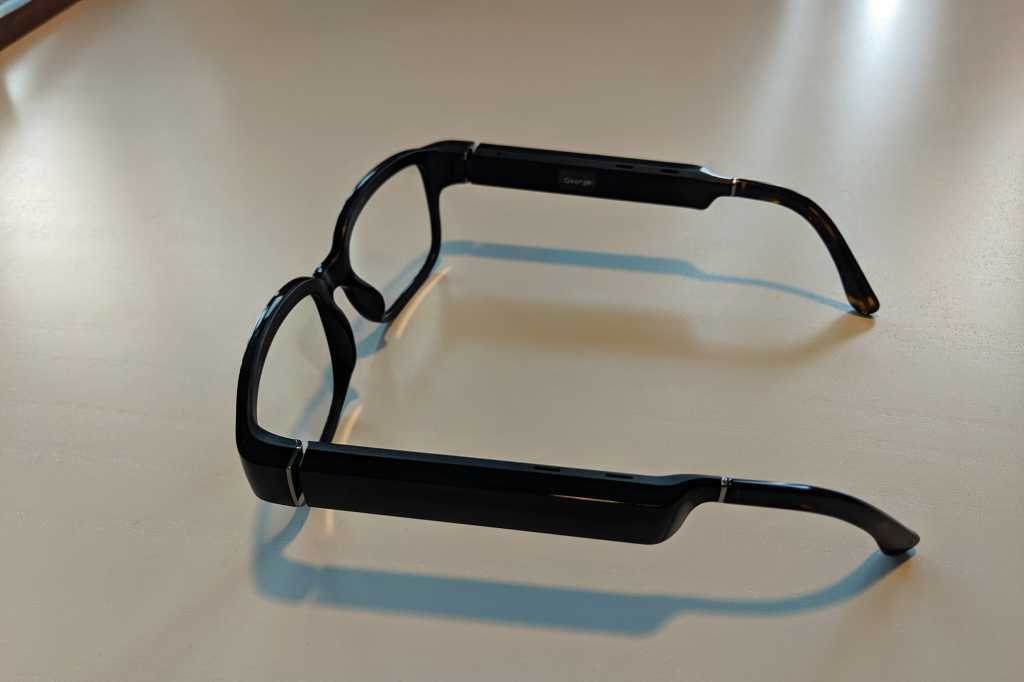 No company has managed to make smart glasses that the average person would want to buy. Amazon’s Echo Frames could change that by making its Alexa digital assistant accessible from anywhere your smartphone has internet access. I checked them out at yesterday’s Amazon Devices event in Seattle and came away impressed.

The $180 Echo Frames are one of two devices that Amazon announced as “Day 1 Editions.” If you want to buy a pair (or the Echo Loop smart ring, which I didn’t get a chance to play with), you’ll need to request an invitation. Like the Echo Buds that were also announced yesterday, Frames depend on your smartphone to reach the internet. The factor that all three of these new mobile devices have in common is that they eliminate the need for you to pull your smartphone out of your pocket or purse to summon Alexa. That handily blunts one of the key advantages that Google Assistant and Apple’s Siri have had over Alexa.

The Frames look like ordinary—if not especially fashionable—eyeglasses with very slightly thicker, spring-loaded arms. The springs relieve stress on the Frames when you put them on and take them off, just like most high-quality eyeglass frames). Amazon supplies them with clear plastic lenses, but there are instructions in the package that you can provide your optometrist, so as to fit them with prescription lenses. Unlike some other efforts at building smart glasses—Google Glass, for example—Echo Frames don’t have an integrated camera, and they don’t have an integrated display. 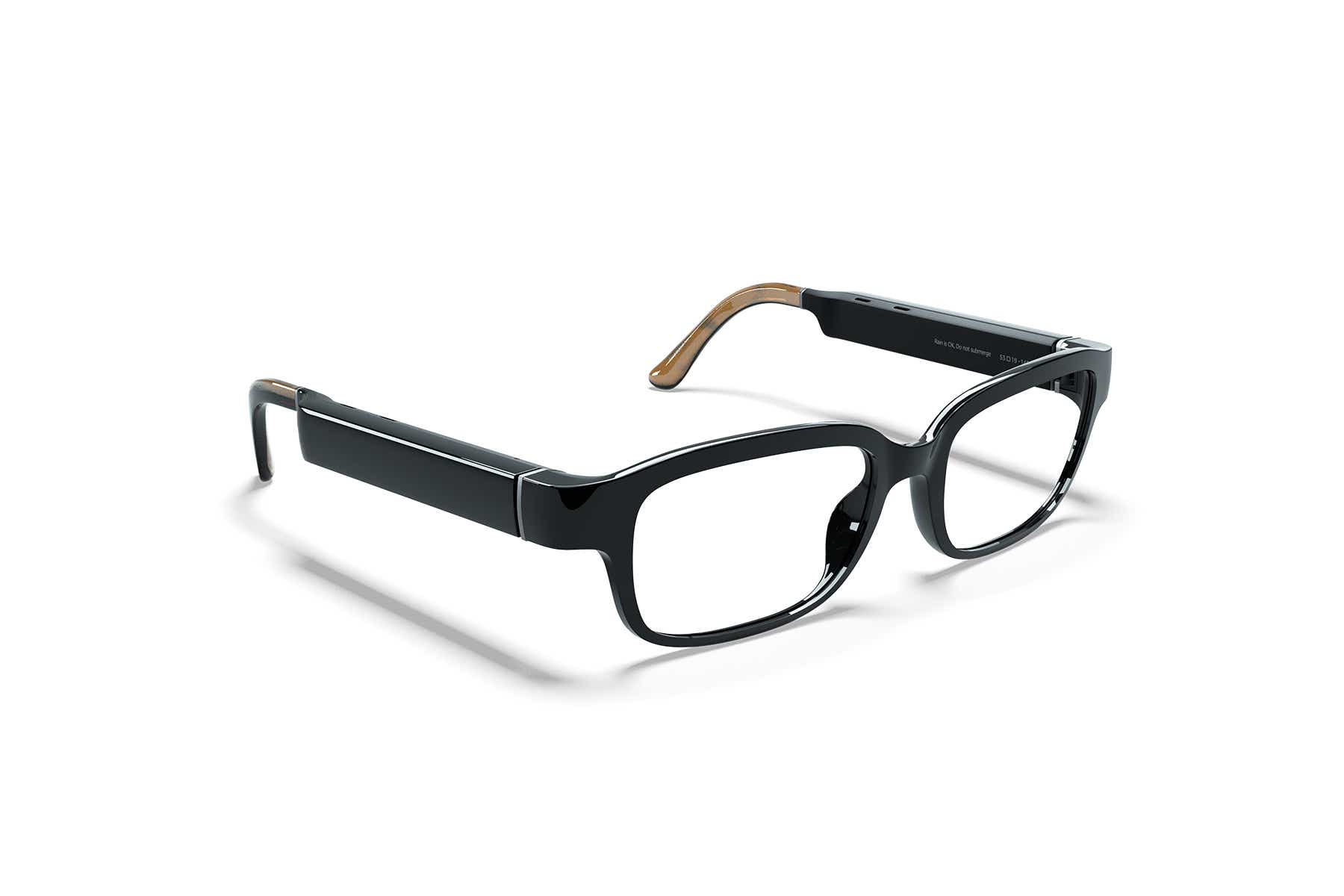 What they do have are two tiny speakers on each arm and a built-in near-field microphone for summoning Alexa, asking her questions, and giving her commands. The speakers are designed so that sound reaches the wearer’s ears, but doesn’t get loud enough that folks nearby can hear it. The room where the demos took place was quite loud, but I couldn’t hear the speakers while other reporters were getting their demonstrations of the Frames.

There are three buttons on the Frames’ right-hand arm: The button closest to the hinge mutes the microphone, the one behind that (toward your ear) increases the volume, and the third decreases the volume. Tapping the exterior of the right-hand arm pauses any music that might be streaming over the Bluetooth connection to your phone.

In addition to listening to music and dealing with Alexa, you can also use the Frames for hands-free phone calls and for sending and receiving text messages. The Frames will alert you to incoming texts and read them aloud to you. In order to avoid being inundated with unimportant notifications, the Frames app will allow you to create a VIP filter that will alert you only when messages from folks or apps on a whitelist arrive. You can elect to have it recite text messages from your family, your boss, and home security system, for instance, but ignore anything else. Ignored messages will remain in your inbox, of course; their arrival just won’t be announced in your ear.

An Amazon product manager told me the Frames are expected to deliver 14 hours of battery life with mixed use (phone calls, Alexa dialog, and music streaming) at a volume level of 60 percent. They’ll come with a magnetic charging cable that connects to a contact on the right-hand arm. I was impressed with how light the Frames were, but that will obviously change if you have them fitted with prescription lenses, depending on how thick your lenses are.