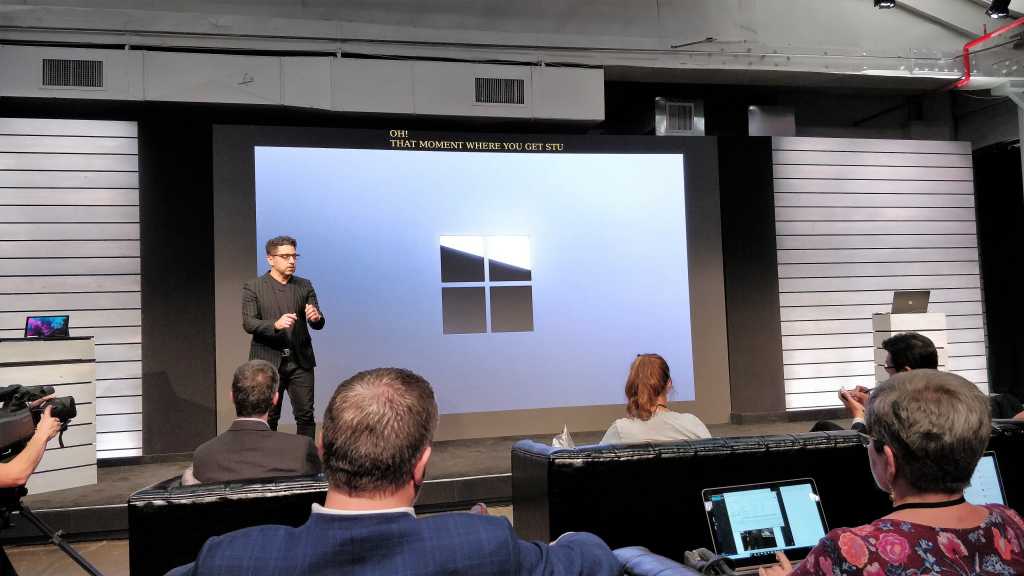 Microsoft will be reportedly launching not one but two Surface tablets next week, which will be built around microprocessors from AMD, Intel, and Qualcomm. Qualcomm’s contribution will be a modified Snapdragon 8cx chip that may be rebranded as something else entirely, according to a source.

French blog Frandroid reported Friday that Microsoft will launch not one but two Surface tablets: the expected Surface Pro 7, but also a more dramatically redesigned Surface tablet, branded as the Surface 7. A Surface Laptop 3 will also be launched. PCWorld was told separately, and before Frandroid’s report, that the Surface lineup included processors from all three manufacturers, including the modified 8cx chip. Historically, Microsoft’s Surface devices have leaned heavily but not exclusively on Intel’s Core processors.

Frandroid reported that while the Surface Pro 7 will look very similar to the traditional Surface design—with fairly thick bezels and the the Surface Connect connector, along with the existing USB-A port but also a new USB-C connector, too—the Surface 7 will be more aggressively redesigned, with nearly borderless bezels, USB-C, and a magnet to raise the keyboard. It’s here that the Qualcomm chip will likely be used, the site reported.

It’s not entirely clear whether the Surface 7 would replace the Surface Go, Microsoft’s attempt at a smaller, low-cost tablet that was optimized for environments like trains and airplane train tables. Microsoft has also talked before about the need for providing always-on connections via LTE, and cellular versions of the Surface tablets have always debuted, though usually months after the Surfaces themselves launched. Qualcomm’s 8cx would provide that capability since the chip itself is a redesigned version of the Snapdragon 855, complete with LTE modem technology, already found in a number of smartphones.

In any case, Qualcomm created the ARM-based Snapdragon 8cx specifically for PC laptops, though it hasn’t really been on display since Computex, when Qualcomm showed that the 8cx runs comparably to an older Intel Core i5 chip. At the time, Qualcomm said that the 8cx will run at 2.8GHz. It’s possible that Microsoft tweaked the Snapdragon 8cx to run at a faster speed, since Intel has introduced both its 10th-gen Ice Lake and upclocked Comet Lake platforms since the 8cx debut, in addition to the existing Whiskey Lake platforms.

That leaves AMD, whose 3rd-gen mobile Ryzen chips remain somewhat of a mystery. They’re not built on the new Zen 2 architecture powering the well-received 3rd-generation desktop Ryzen chips, but on the older Zen+ architecture that powered 2nd-gen Ryzen desktop CPUs. That leaves them somewhat lacking in the performance department, but we simply don’t know by how much—PCWorld’s review of a recent Acer Aspire 5 is based on a 3rd-gen mobile Ryzen, but it was an entry-level dual-core Ryzen 3. The Aspire’s performance was lousy, but the laptop only costs $315, and that’s an attractive number if Microsoft decides that it needs to shoot for a lower price point.

Frandoid believes that AMD’s mobile Ryzen could appear in a new Surface Laptop 3, possibly removing the Alcantara fabric that defined the Surface Laptop 2 and the original. (New colors like “yellow sandstone, glacier blue, and red poppy” could also appear.) Again, USB-C would be included, though there’s no information about whether the port would be used for charging, and whether the Surface Connector would be removed as well. AMD representatives hadn’t responded to a request for comment by press time.

There are a number of storylines weaving through the “Microsoft Event” on October 2 next week: what products will be refreshed, whether the Surface designs will undergo modification, whether a “Centaurus” dual-display device will make an appearance, what details Microsoft may divulge on its next-gen Core OS, and so on. What processors will appear in the next-gen Surfaces is just another fun wrinkle.

Microsoft’s allowing 90 minutes for its presentation next Wednesday, and you know chief product officer Panos Panay enjoys making a splash. We fully expect that there will be lots to talk about at the event and beyond.