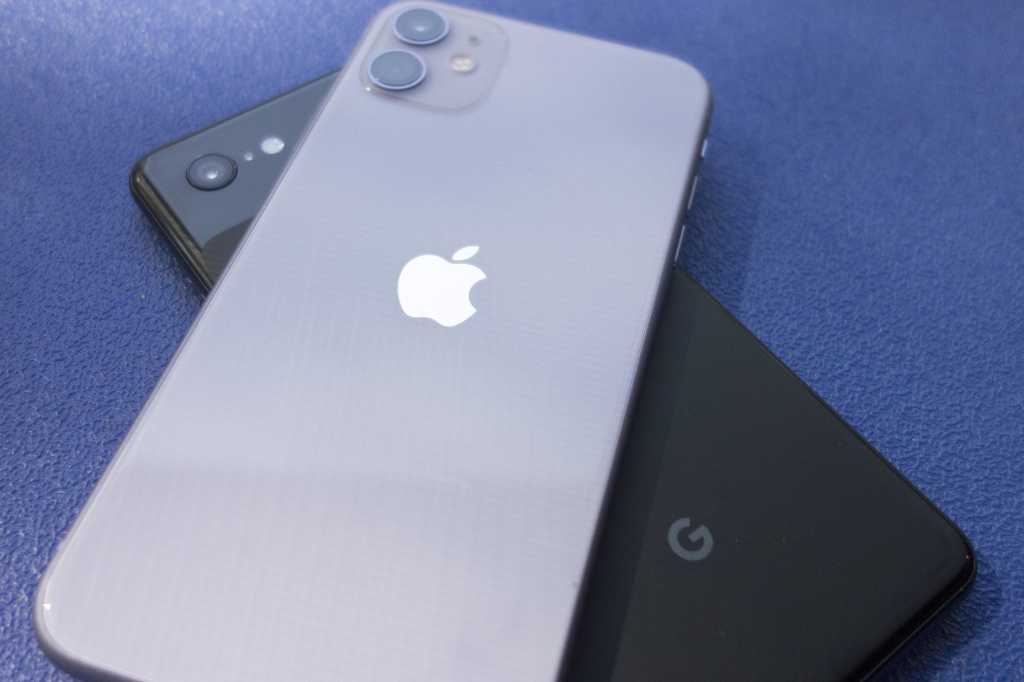 It’s that time of year again–when I get to test the latest iPhone against the best Android phones. There are three contenders this year: the Samsung Galaxy S10+, OnePlus 7T, and the upcoming Google Pixel 4–and it’s already shaping up to be a knock-down, drag-out fight even closer than last year’s (when the iPhone XR eked out a win).

Beyond the major categories like the camera, battery life, speed, and design that I’ll explore in depth, there are several smaller things I’ve noticed during the past week that set the iPhone apart, some of which I love and others that I miss from Android:

Features I miss from Android

Few things are more annoying than when you’re lying in bed trying to read a story on your phone and your screen flips from portrait mode to landscape because you tilt your phone a little too much. Of course, the iPhone 11, like every other phone, includes a lock button that keeps your phone in whatever orientation you choose, but if you want to change it back, you need to go into the Control Center and tap the button.

Control over notifications and a useful status bar

No phone has delivered a perfect system for receiving notifications, but the iPhone’s is much less perfect than Android’s. Even before you dive into the settings, the notification shade is far superior to Apple’s full-screen notification center, and the tiny icons that appear in the status bar are way more useful than Apple’s now-you-see-it-now-you-don’t approach. On my iPhone, I either have to turn on badges for everything or dutifully check the notification center, neither of which is an appealing option.

Android also offers far better control over when and which notifications appear. While it’s basically and on-or-off affair with iOS, on my Android phones, I get granular control over alerts via notification channels, smart grouping of silent notifications, and snoozing.

I’ve been banging this drum for as long as I’ve been using a smartphone. Apple still insists on littering home screens with every app you’ve ever downloaded, while Android let’s you keep as few as you want, tucking the others inside an app drawer accessible from the bottom of the screen. Why Apple refuses to make this an option is beyond my comprehension.

The feature I miss the most from Android is the always-on display. On nearly every Android phone, you can see the time, date, notifications, and other information even when the phone is off, thanks to a low-power, mostly black-and-white screen that stays on. I’ve lost count of how many times I’ve looked over at my iPhone in the middle of the night only to see a blank screen staring back at me. (In fact, I’ve started keeping an Android phone on my nightstand just so I can see the time.) Even if it sheds a little battery life, an always-on display is tops on the list of features I want to see in iOS 12.

Android has had a feature for years that lets you use earbuds, watches, Wi-Fi networks, and other Bluetooth devices to keep your phone unlocked. So, if you’re wearing a paired smartwatch or are connected to a trusted network, your phone will stay unlocked. It might only take a second or two, but the savings sure do add up.

Features I want on Android

Since Apple launched the iPhone X with 3D facial recognition biometric authentication, just a single U.S. Android phone (the LG G8) has attempted to replicate it. The upcoming Google Pixel 4 is rumored to be the second. That could start to change the tide, but the fact of the matter is, Apple is light years ahead of Android when it comes to biometrics. Face ID on the iPhone 11 is fast, easy, secure, and less finicky than before, and it pains me to have to go back to fingerprint sensors. Until Samsung starts focusing on the next-generation of biometrics, I’ll be over here pining for Face ID on my Android phone.

It’s no secret that Android phones lag iOS when it comes to updates. As if to drive that point home, I’ve received three updates alone in the week I’ve been testing the iPhone 11 to fix various bugs and stability issues. That’s literally never happened to me on any Android phone, including the Pixel. Of course, Android fans will scoff at the need for two updates to a brand-new iPhone, but I’d rather have biweekly updates than bugs that stick round for far too long.

I know what you’re thinking: BUT ANDROID HAS GESTURE NAVIGATION! True, it does. But it’s nowhere near as intuitive as it is on the iPhone. Android 10 has two different systems, while Samsung phones offer a completely different one. None of them are as straightforward or simple as the iPhone’s method: Swipe back to go back. Swipe up to switch apps. Swipe right on the lock screen or first home screen for widgets. It’s a system that’s as smart on the iPhone 11 as it was on the X, and it makes the home button method seem antiquated. On the other hand, Android’s method feels like a rip-off that’s at least two or three versions away from being finished.

Where do I start? Messaging on Android is basically a mess. Modern features like encryption, typing prompts, stickers, and device syncing are all either missing or inadequate on Android phones. Messages on the iPhone is a well-oiled machine. It’s at its best when you’re texting other iPhone users, of course, but even if you’re texting a green bubble, the experience is vastly superior to anything Android offers.

I’ll go into greater depth on the performance gap between iPhones and Android phones in my upcoming article, but I don’t need to run a single benchmark to feel the difference. It’s not just the A13 Bionic processor versus the Snapdragon 855. Apple optimizes the hell out of iOS, so every version feels much faster than Android on Galaxy phones and Pixels. Case in point: Right now I have 40 apps available in the App Switcher, while my Pixel 3 XL, which should be the best showcase for the latest Android software, shows just five. Quite frankly, the iPhone does more with 4GB of RAM than the Galaxy S10+ does with 12. And that’s not great.