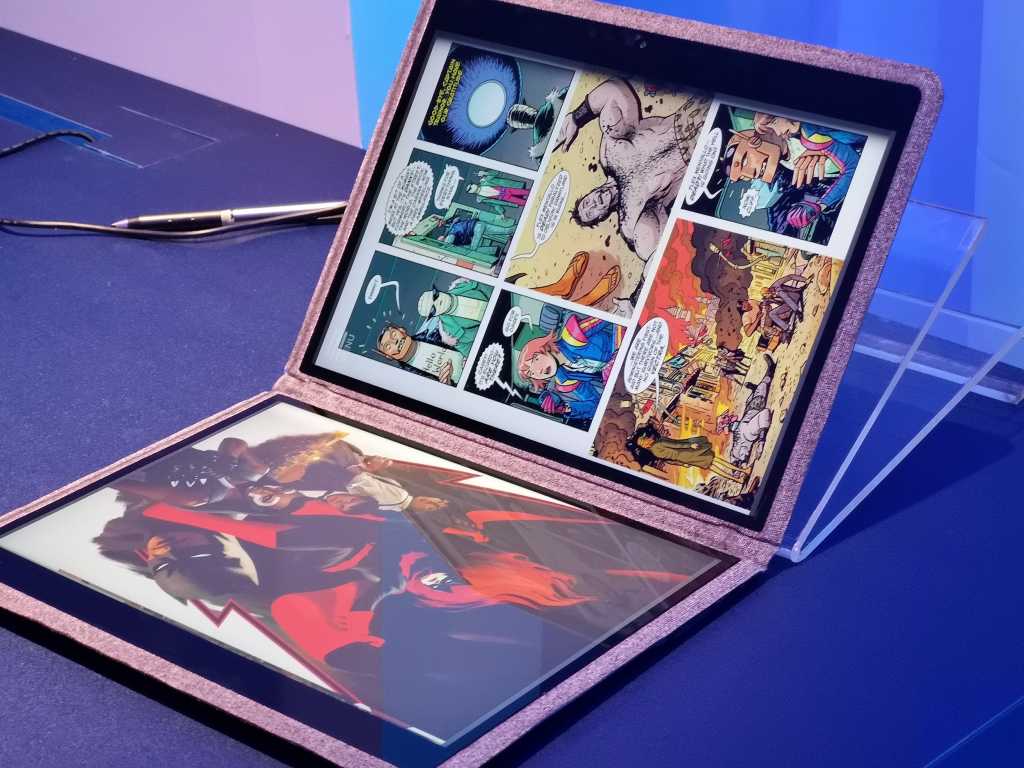 Windows 10X will be Microsoft’s new operating system for dual-display laptops, according to information procured by veteran (and usually reliable) leaker Evan Blass. Microsoft is holding an event in New York City on Wednesday, October 2, where Windows 10X is expected to be shown along with a raft of new Surface hardware, leaked by Blass on Monday.

Blass tweeted the leak with a few tantalizing details: “Not pictured here: dual-screen Surface powered by a new version of the platform, Windows 10X— designed for dual- and folding-screen devices—which runs desktop applications in containers.”

That last bit is especially interesting, as it suggests Microsoft will be taking a new, virtual-machine-like approach to multitasking with dual-display devices. Anyone using two or more displays with Windows right now knows you can already move application windows from one display to the next. It’s possible that containered applications will be easier to manage on less powerful ARM-based machines, for instance, or (as The Verge suggests) devices running applications from the cloud rather than from local storage.

Dual-screen Windows laptops have been around for a decade as niche products. They started picking up steam again with Lenovo’s Yoga Book in 2016, and the concept has resurged since Intel revealed its own dual-display development lab in the summer of 2018.

Soon afterward, we saw the Asus Project Precog concept at Computex, as well as Lenovo’s Yoga Book C930, which combines a 10.8-inch main display with a second e-ink display that can be used as a drawing or typing surface, the latter via a virtual keyboard.

In the summer of this year Asus debuted the  ZenBook Pro Duo (shown above), with a 15.6-inch main display and a 14-inch landscape secondary display fitted above the keyboard. Soon afterward we also saw HP’s Omen 2XS dual-display gaming laptop, with a similar primary-secondary display design.

Meanwhile, rumors have swirled about Microsoft’s own dual-display take on the two-screen trend, reportedly a Surface. Whatever it actually will be, we expect to see it on Wednesday; stay tuned for our coverage.