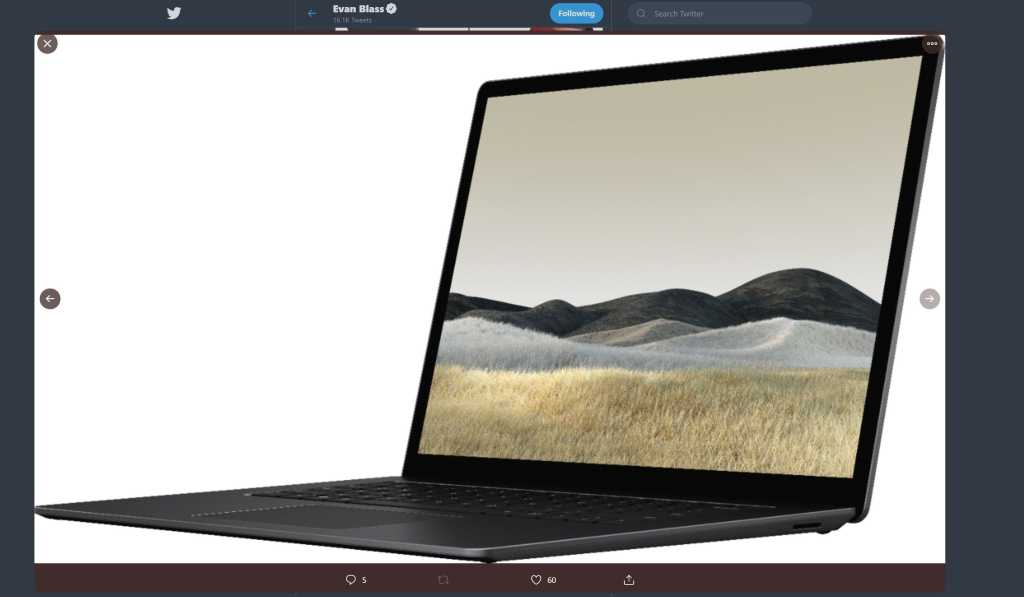 If Microsoft sells Surface devices based on AMD, Qualcomm, and Intel Core processors, as expected, it could represent a new milestone for Microsoft: microprocessor diversity.

While it’s true that Microsoft has used Nvidia Tegra chips to power the Surface 2 and Surface RT, the lineup has otherwise been powered by Intel’s Core microprocessors. Now, Microsoft is expected to build Surfaces around AMD’s mobile Ryzen and a version of Qualcomm’s 8cx chip. If so, it will be an enormous stamp of credibility for both chips.

Although Microsoft hasn’t confirmed its product plans in advance of its announcement on October 2, AMD’s mobile Ryzen chip will likely appear inside one of two versions of the Surface Laptop, either the standard 13-inch version or a new, larger 15-inch option. Photos leaked by Evan Blass, a Twitter user who specializes in product leaks, shows a Surface on ARM product, similar to the Surface Pro 7, that probably includes a modified version of the Qualcomm chip. That tablet appears to have been redesigned, with a pen tray and a pair of USB-C ports.

A big break for AMD and Qualcomm

Both AMD and Qualcomm have struggled to crack Intel’s near monopoly in the laptop market. AMD’s mobile Ryzen—which is based on it’s older Zen+ architecture, rather than the Zen 2 architecture used by its desktop parts—has barely appeared, except in just a few laptops such as the Acer Aspire 5, which houses a mobile Ryzen 3.

Qualcomm, too, has been largely unable to move beyond partnerships with Lenovo and Samsung into the broader notebook market. Early versions of the Snapdragon chips that Qualcomm shipped for PCs, such as the Snapdragon 855, couldn’t keep up with Intel’s Core, though the battery life far outpaced what Core laptops could offer.

Nevertheless, Qualcomm’s vision for always-on connectivity would seem to naturally intersect with Microsoft’s vision of productivity across a variety of form factors. “I hear Qualcomm has been anxiously waiting to get a Surface win for the Always Connected PCs after designs with other OEMs,” said Kevin Krewell, a chip analyst with Tirias Research. “I was surprised Microsoft waited so long to design in Qualcomm.”

Like other analysts interviewed for this story, Krewell said that he had no direct knowledge of what Microsoft would announce. “Considering the low power of the Snapdragon processor, it could be perfect for an extremely thin device,” Krewell added. “I’d like to see it used in more innovative designs.”

Qualcomm has shown off its new 8cx in an attempt to overcome that stereotype and prove that it’s as fast as a Core i5. That Core i5 that Qualcomm tested against was Intel’s “Whiskey Lake” architecture; in the meantime, Intel has released two new architectures, Ice Lake and Comet Lake, that promise to be faster.

AMD, meanwhile, is chugging along in the mobile space, somewhere in the gray area between viability and irrelevance. According to Mercury Research, AMD’s mobile market share is about 15 percent or so, essentially coasting on the legacy of its A-series chips: quasi-competitive performance at a low price. The new mobile Ryzen, whatever the architecture, would help give AMD a more competitive footing. An AMD partnership at least would make sense, given that AMD SoCs have powered the recent Xbox generations as well as the upcoming Project Scarlett, analyst Krewell pointed out.

Oddly, the chip we know the most about is the Snapdragon 8cx, with the performance numbers that Qualcomm has provided. We can’t say with how well AMD’s latest mobile Ryzen will perform, but it likely will be well behind Intel’s Ice Lake and Comet Lake chips.

Both AMD and Qualcomm have to start from somewhere, however, and Surface would represent a high-profile win for both. Each also brings a unique approach to the Surface lineup: connectivity and long battery life for the Snapdragon 8cx, value for the mobile Ryzen.

“With Microsoft including AMD and Qualcomm processors in its new Surface lineup, it’s sending the clear message that silicon diversity is important to its future,” said Patrick Moorhead, principal at Moor Insights. “Both AMD and Qualcomm bring some unique features to the table that Microsoft wants to offer its customers. AMD brings strong GPU and overall notebook performance and Qualcomm brings great connectivity and battery life.”