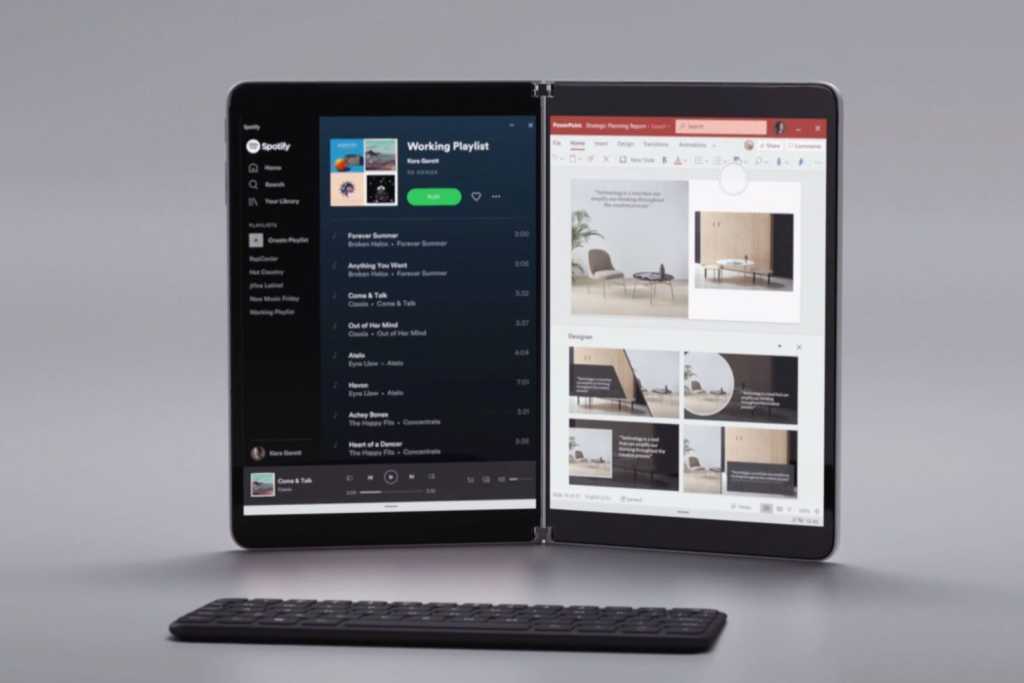 Nearly a decade after the fabled Microsoft Courier was strangled in its crib, PC makers desperately want dual-screen hardware to become a thing. Lenovo’s Yoga Book dropped all the way back in 2016, while Asus, HP, and even Intel itself have all teased dual-display devices of their own in recent months. Now all that hardware is getting some much-needed software backup: At its Surface event on Wednesday, Microsoft revealed Windows 10X (ten ten?), a version of the popular operating system designed specifically for Windows devices with multiple displays, and championed by a dual-screen Surface Neo.

It’s “made to adapt to you in both form and function,” Microsoft hardware chief Panos Panay crowed during the Neo’s introduction. “Windows has always been about productivity, and now we take that to a new level on dual screens,” Microsoft’s Carmen Zlateff explained during a dedicated reveal of Windows 10X itself.

Both Panay and Zlateff called Windows 10X a “brand new expression” of Microsoft’s operating system created for this new breed of devices. Applications open on whichever screen you summon them on, leaving the second display ready to multi-task. Clicking a button on the edge of the app can shift it to the other screen when you need to rejigger things. If you need to dedicate your focus on a single task, you can “Span” an app across both screens by dragging it halfway between them. It will expand to fill both displays.

Windows 10X reacts to the accessories you use with your dual-screen device as well as the way you’re holding it, a behavior Microsoft called “Postures.” The Surface Neo, for example, supports a magnetic Bluetooth keyboard that covers about two-thirds of one display. Windows 10X recognizes the hardware when you flip it into place, shrinking the display into a supplementary “Wonder Bar” with “rich expressive input” (like selectable emoji) and a touchscreen experience designed to mimic a trackpad. You can still move apps to the Wonder Bar as well: Zlateff moved a Netflix stream from the main display to the Wonder Bar as part of her presentation.

Microsoft apps (if not also third-party programs) will be optimized to give you the best possible dual-screen experience. Outlook will show your inbox on the left screen and messages on the right if you “Span” it, for example. Or, if you leave the email app on a single screen, clicking on links will open your browser on the other display. Groovy. Surface Neo isn’t launching until holiday 2020, and part of the reason Microsoft’s showing Windows 10X and Neo off now is to entice developers to support its new paradigms as well.

While reliable leaker Evan Blass broke news of Windows 10X with a claim that it will “run desktop applications in containers,” Microsoft’s formal early reveal didn’t get into nitty-gritty technical details. There’s no official word whether Windows 10X will rely on virtualized containers, a stripped-back version of Windows 10 similar to Windows 10 S, or the full-blown version of the operating system. We’ll no doubt hear more as Microsoft dishes out more details to developers ahead of Surface Neo’s holiday 2020 launch.