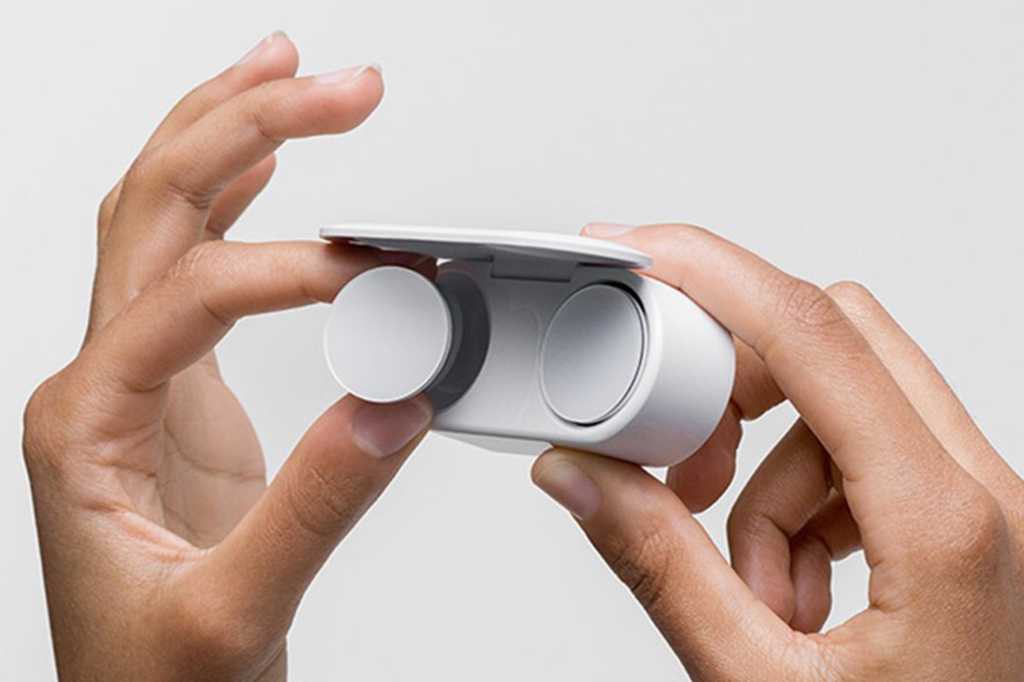 In our age of diminishing headphone jacks, everyone needs a set of true wireless earbuds. So it’s only natural that Microsoft released a pair alongside its new lineup of Surface products at its New York event Wednesday. Named Surface Earbuds, they’re designed to work closely with both Spotify and…wait for it… Microsoft Office.

AirPods knockoffs these ain’t. Where Apple’s wireless earbuds are small and primarily designed to play music, Microsoft’s Surface Earbuds are bulbous circles that look very noticeable when in one’s ears. That’s because the surface of the earbuds are small trackpads that you can swipe to change music tracks or advance slides when giving a PowerPoint presentation.

When it comes to music, Microsoft called out the Earbuds ability to work with Spotify on your Android phone. As Robin Seiler pointed out, you’ll be able to access the Spotify app on your phone “with a few simple taps,” though she didn’t demonstrate how it works.

Despite their size, Seiler said the Surface Earbuds will be comfortable to use all day with 24 hours of battery life, and Microsoft engineers carefully considered ergonomics and weight “that balances against two points in your ear” so they won’t fall out while running.

But music isn’t the primary point of Surface Earbuds. The earbuds have two mics per ear and built-in filters for better noise reduction so they’ll be able to pick yp what you’re saying. Compatible with more than 60 languages, they will be able to translate words as you speak and automatically input them into a Word or PowerPoint document. Seiler also said they “work on any platform,” which presumably means Mac, PC, iOS, and Android.

While the Office integration and unique design certainly set the Surface Earbuds apart from the pack of AirPods imitators, it remains to be seen whether anyone was actually asking for that. We’ll find out when they ship later this year for $249.