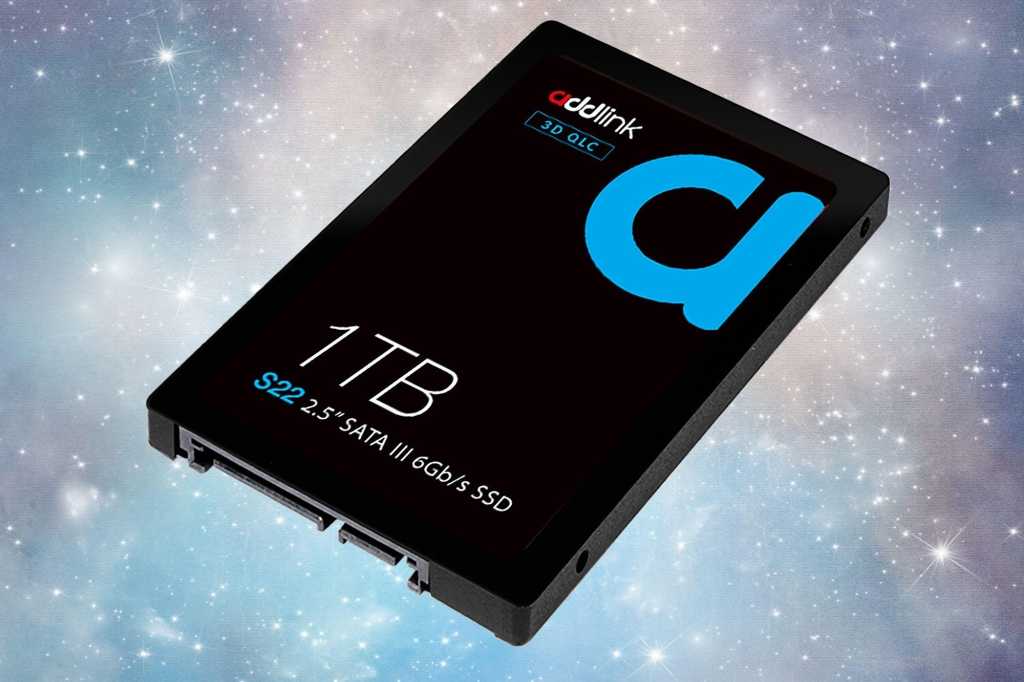 Addlink
At a Glance

The S22 QLC is the first QLC (4-bit NAND) SSD we’ve seen that doesn’t slow down during long writes. It’s also dirt-cheap for an SSD. Despite a few hitches, it’s a good budget SSD choice.

The Addlink S22 QLC surprised me in two ways. It can sustain write performance at a hefty 450MBps even with very large files, a first for us with QLC drives. Also, it reads said large files 80MBps slower than it writes them—atypical with a vengeance. Odd or no, I’ll take that trade-off any day, given that the 1TB model I tested costs less than 9 cents a gigabyte.

The S22 QLC is available in two capacities: 512GB (currently $48.88 on AmazonRemove non-product link) and 1TB (currently $86.88 on Amazon). Both are 2.5-inch SATA III 6Gbps SSDs that are 7 millimeters thin, hence suitable for just about any laptop that uses 2.5-inch drives. The NAND is 64-layer QLC (Quad-Level Cell/4-bit) NAND, the controller is Phison’s S11 controller, and there’s 32MB of SDRAM on board to speed smaller transfers.

According to Addlink, the drive typically allots 25 percent of the NAND for cache. In our testing, it never slowed down even while writing nearly 50 percent of drive capacity, so I’m guessing there’s some on-the-fly allocation going on. See the performance section for more details.

Addlink provides a 3-year warranty and rates the drives for 240TBW (TeraBytes Written) for every 512GB of capacity. Those are rather low numbers, but hey, this is a budget drive, and it should last far longer than that under normal usage.

Note that a TBW rating indicates how much data can be written before the drive runs out of cells to replace worn-out ones. This doesn’t necessarily mean the drive stops working altogether when it reaches that point. It just means you need to consider replacing it, and capacity will start to diminish.

As I said in the intro, the S22 QLC is atypical. Overall performance is nothing special; however, where Samsung’s 860 QVO slowed down to a snail’s pace during the latter part of our 48GB transfers, the S22 QLC never hinted at it. In fact it didn’t even slow down during our 450GB transfer, which surprised the heck out of me. I’m guessing this is all Phison’s doing with their controller, so kudos. 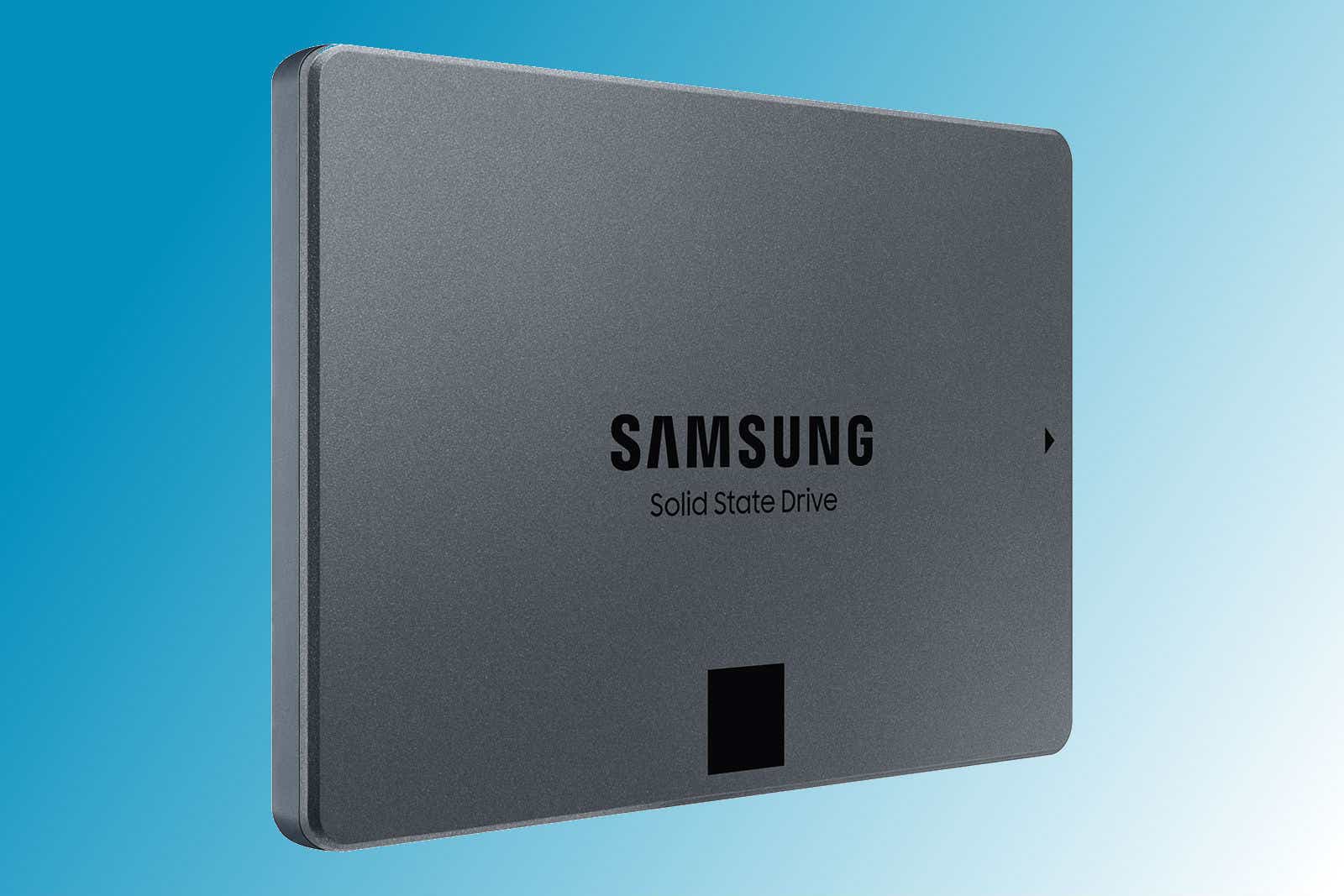 But the surprises didn’t stop there. Where the drive wrote our large 48GB and 450GB single files at around 450MBps, it read them at only 370MBps. I occasionally see read that are slower than writes, but usually only a couple to ten MBps slower, not a whopping 80MBps. That’s hardly tragic, and to my mind perfectly livable, but it is highly unusual.

The synthetic benchmarks, CrystalDiskMark 6 and AS SSD 2.0 didn’t hint this behavior so you’re likely fine until you read a file larger than a couple gigabytes or so. Even then, as I said, 370MBps isn’t the end of the world in a SATA SSD.

The variation in the 48GB testing between the Addlink S22 QLC and the Samsung 860 QVO shows that, because QLC is very slow when you write the full 4 bits, the driver controllers’ attempts to use the NAND as SLC/MLC cache to compensate aren’t fully developed yet. The SK Hynix Gold S31 is a TLC drive, a more mature technology, and hence the more consistent performer.

Apparently, however, Phison’s cache management isn’t perfect. On one CrystalDiskMark run, the S22 QLC scored only 19MBps in the random 4K, 32-queue, single thread write test. All other runs scored around the normal 350MBps. Addlink confirmed that the drive was likely doing some housecleaning or configuring as it was just out of the box. AS SSD and our real world tests showed no trace of the effect, so I’m saying good to go.

I was wondering if it was even possible for a QLC SSD to sustain write performance with large data sets, but apparently, as Addlink and Phison have aptly demonstrated—it is. Intel’s 660p and Samsung’s 860 QVO QLC drives never managed this, just to emphasize the point. Considering price, the S22 is my the pick of the QLC litter and a great value, though the 860 QVO offers better everyday performance.

That said, you can see from the SK Hynix Gold S31 results that the S22 QLC is still not on a par with the better TLC drives. You get what you pay for, and there are certainly faster drives, but unless you’re truly concerned about maximum performance, you’ll do just fine with the S22 QLC.