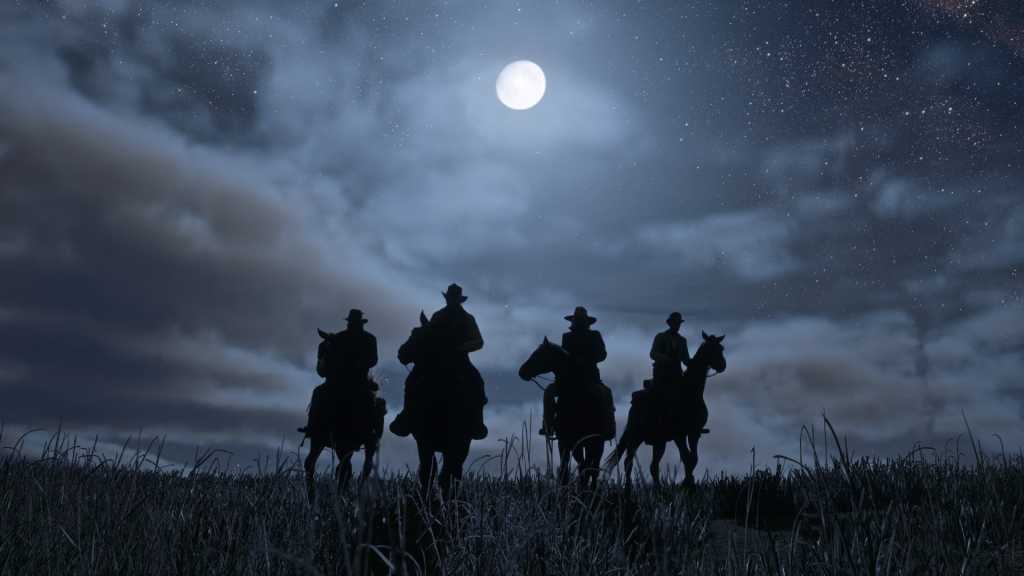 Leave it to Rockstar to completely blow up the November release calendar on a random Friday morning in October, eh? Sorry Planet Zoo, sorry Need for Speed, Red Dead is coming.

That news, plus Sony opens up cross-play, Gearbox settles (some of) its legal issues, release dates for Arise and The Bradwell Conspiracy, the Terminator hits Mortal Kombat metal bones and all, and a Twitch streamer builds a whole goose controller-costume for the Untitled Goose Game.

This is gaming news for September 30 to October 4.

Let’s go ahead and start with the headliner news this week. After much will-they-won’t-they consternation, Rockstar announced this morning that yes, of course they would. In other words, Red Dead Redemption 2 is coming to PC on November 5.

There’s a catch, of course. Rockstar didn’t put out its own launcher for nothing. If you preorder through the new Rockstar Games Launcher you’ll receive two free Rockstar games of your choosing, including Bully, Max Payne 3, and the PS2-era Grand Theft Autos. Also a whole ton of DLC for Red Dead Redemption 2.

But the game isn’t locked to the new launcher. You can also buy it through Epic, Humble, GameStop, Stadia, pretty much everyone for a November launch—except Steam. Red Dead Redemption 2 is coming to Valve’s storefront, but not until December.

So that’s the deal. No credence to rumors of a Red Dead Redemption port apparently, and a delayed Steam launch. It’s finally coming though. Here’s an old trailer to get you in the spirit.

This week’s Epic Games Store freebie is small in scale but big in charm. Aptly titled Minit, it’s a Zelda-looking adventure wherein the world resets every 60 seconds. It’s like The Outer Wilds but with a much tighter time loop, if that comparison helps at all. And it’s got that throwback one-bit Game Boy art style too.

Not your jam? Next week is Haemimont’s colony builder Surviving Mars, if you’re looking for the exact opposite type of experience.

I’m really interested in The Bradwell Conspiracy. Set in a museum underneath Stonehenge, it’s sort of a first-person puzzle game in the vein of Portal. But I hate that comparison because nothing ever really feels like Portal, so I’d rather focus on the fact that the setting looks meticulously detailed, all Brutalism and corporate sheen.

I love the look of it, and I’m excited to delve into it uh…next week! Bossa put an October 8 release date on it just the other day, which is a surprise. I guess that makes this the launch trailer?

I don’t really know what Arise: A Simple Story is except that it’s very pretty. Sometimes, that’s enough—at least to get me to watch a trailer. Arise is due out December 3, and is apparently “an emotional journey through the bittersweet lives of two people where memories come alive and time bends to your will.” I’m not sure how that pertains to the giant flowers but I’m looking forward to finding out.

It seems like Battlefield 3’s “Operation Metro” has become the series’ signature the same as “Nuketown” for Call of Duty. After being remade for Battlefield 4’s Second Assault expansion, it’s now receiving new life once again in Battlefield V . Reskinned as a German subway, “Operation Underground” is nevertheless based on the same close quarters nightmare layout, albeit with a few new flanking routes this time.

We don’t write much about Sony because, well, we’re a PC site. Microsoft gets some love because all its Xbox stuff is cross-platform nowadays, but not the PlayStation.

There is one way to access PlayStation games on PC though. It’s not great, but it does work—and this week it got a price cut. PlayStation Now, Sony’s streaming service, is now $10 a month instead of $20. You can play God of War, Uncharted 4, and more, albeit only in 720p. And it really only works if you’re near a data center, which mostly means living in a major metropolitan area. If those apply to you though? Go for it. I had a great time with it last year.

And in other Sony news, cross-play is now officially supported, meaning we should see more games allowing PlayStation, Xbox, and PC owners to all interact with one another. The feature’s been heavily restricted (“in beta”) on PlayStation for the last year or two, basically pertaining to just Fortnite and Rocket League, but this week Sony’s Jim Ryan told Wired that cross-play is now available for all PlayStation games going forward. That’s great news especially for games like Call of Duty where the PC multiplayer crowd tends to dry up faster than consoles.

The Terminator’s finally been added to the Mortal Kombat 11 roster, and I have to say: This is one of the neater DLC characters I’ve seen. They’ve crammed a lot of unique ideas in here, chief among them the fact that the T-800’s skin can burn off and reveal the underlying endoskeleton—at which point he seemingly can’t be staggered by Scorpion’s blades. The Time Sphere fatality is incredible too. Not bad, for a dumb tie-in character.

The brutal lawsuits between Gearbox’s Randy Pitchford and former Gearbox lawyer Wade Callender have been settled this week, out of court. The Hollywood Reporter says that “All misunderstandings between the parties have been corrected, and apologies were exchanged.” I’m not sure how you apologize for saying very publicly that your former boss hosted so-called peacock parties where men exposed themselves to children, but uh…well, we’ll apparently never hear any more about it.

Meanwhile Troy Baker revealed to VG24/7 this week that he didn’t just “turn down” the offer to reprise the role of Rhys in Borderlands 3. Gearbox decided to use non-union voice talent and Troy Baker thus couldn’t participate. It’s a common problem—so common you have to wonder why Gearbox didn’t just cop to it up front.

Also, Gearbox’s statement on the matter is weirdly passive aggressive, ending with “We believe strongly in hiring local voice actors whenever we can which is why we’re thrilled Troy’s career really took off after working with us.” Check out VG24/7 for more details, including SAG-AFTRA’s head exploding at some of Gearbox’s weirder claims.

Capcom announced Project Resistance a few weeks ago, a 4-on-1 multiplayer version of Resident Evil. And it sounded like it had some cool hooks, with the four survivors playing a fairly standard third-person action game while the Mastermind watched the game through security cameras, placing traps and dropping in zombies.

Alas, this week Capcom put out a full match and…well, it looks pretty rough. The Mastermind’s quips are especially grating, even after just 10 minutes. Not a great sign.

Ubisoft’s Ghost Recon Breakpoint didn’t properly release until this morning, but access started on Monday for certain deluxe edition purchasers. Those who got in early quickly pointed out the incredible number of microtransactions bundled in, including ones that let you buy skill points and other time saving boosters.

Pretty standard practice for Ubisoft, but for some reason this is the game that drew the internet’s ire. Those “Time Savers” have been removed for the moment, with Ubisoft explaining that “These items were designed as an optional way for players arriving later to the game (Post-Launch) to catch up with those who have been playing for longer and enjoy our co-op and challenging end-game experiences.”

It makes sense to me, even though I doubt that’s the full reason they were included—and strongly doubt they were in there “by mistake” at release. Anyway, expect them back at some point.

People are really getting into that Untitled Goose Game. Like, really getting into it. Twitch streamer Rudeism donned a goose costume for a recent stream that also functioned as a controller. You can check out the video below, but what looks like a shower curtain and some swim flippers is actually a controller that detects when he runs in place, opens his wings, and honks. It looks exhausting.